​The Sit Down with 49 Winchester

Formed eight years ago on Winchester Street in the small Virginia mountain town of Castlewood, the Isaac Gibson fronted sextet 49 Winchester have returned with their fourth studio album “Fortune Favors The Bold” which is their first through New West Records and you can listen to HERE.

Gibson along with Bus Shelton (Lead Guitar), Chase Chafin (Bass), Noah Patrick (Pedal Steel), Tim Hall (Piano/Organ/Keys) and Justin Louthian (Drums) have a busy summer ahead where they are hitting the road with Whiskey Myers across the States, so ahead of this run of shows, we caught up with Isaac to talk about their new record and the hope to venture across the pond.
“Things are going good. I’ve just been hanging out this morning and doing a couple of interviews at home then got a couple of days off before things start moving. We’ve got two little three or four show runs, then we’ve got one in the Carolina’s and one in Kentucky before we’re heading out on that national tour with those guys this summer.”
​
Whilst things are clearly building Stateside, we talked about what has brought the desire to reach out to the land across the pond where folk drive on the other side of the road and find their spell check unhappy with how their album title has removed the letter “u” from Favours.
“Part of it is that you are always seeking to spread your art to other people and if you can do it in a way where there is a high enough demand to do it in a totally different corner of the world, why would you not want to take advantage of it? We’ve been looking forward so much to a UK tour since it was something that we thought was remotely possible. We’re just a bunch of poor kids from central Appalachia, that never had things and never left the country so the idea of a world tour to us is heaven on earth. What could be cooler than travelling the world and playing music for new people every night?” 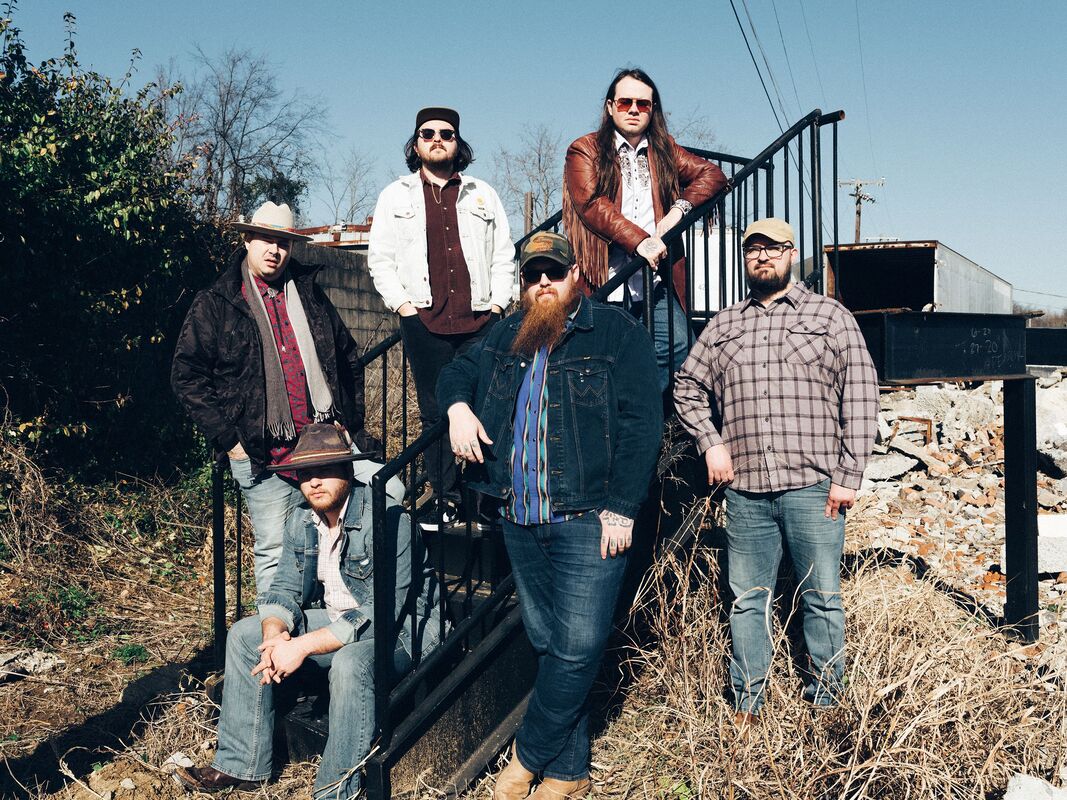 Their sound is something that is a real fit for audiences over here. You can get drawn to Whiskey Myers, Brothers Osborne, TC3 and so on but on listening to this record in particular, there is something about 49 Winchester that is so transferable around the entire world.
“I think that’s what happens when you take an honest approach to songwriting. When you break things down in terms of what you’re doing and keep some of that core that retains a lot of that honesty, you will always serve yourself well in terms of songwriting. A lot of great songwriters that I look up to, they are never wavered on that idea of honesty and telling their story and some people write from more of a storytellers perspective as opposed to something introspective but for me it’s mostly writing from experience and people feel that.”
​

49 Winchester’s third record “III” came out in October 2020, so when did the process for this current release “Fortune Favors The Bold” first start?
“In terms of actual tracking and stuff, all of that stuff really took place over a week but in terms of the writing of the record and creation of songs I never said OK it’s time to write a new album. The songs come to me, it’s my singular focus when I’m on one and they usually happen pretty quickly. They take time to come individually, one by one. For me it’s always been waves and spells that I take in terms of writing, so as soon as the last record was put out it was on to the next one. Even before this record came out, I’ve got six or seven songs that I’ve written in the last couple of months that will be on the next record.”
“A key part of staying relevant with your streaming presence and as an online entity is keeping it fresh and keeping it coming out often. Someone that I can think of off the top of my head is Charley Crockett, he’s always putting out a new record, it’s just constantly recording and putting out new stuff that people are going to latch on to. There’s merit in that constant working, opposed to going into the album cycle of thinking I’m going to write the record this week and I think it affords you more margin for error too.”


This record was the first time the band had not self-released a project, Isaac and I talked about whether getting on board with New West Records had made the creation and release of this record feel drastically different to their last three releases.
“In terms of the creativity, not at all. New West are the most artist centric label in America. They afforded us absolute freedom to do exactly the kind of record that we wanted to make. In terms of the process, after that work was done, yes having a label and all of the stuff that they do, the whole team at New West is just phenomenal with what they do. They put us in front of the right ears and the right eyes consistently and really often, I can’t imagine doing things now having done three records without them. With “Fortune Favors The Bold” and what they have done with this record and how many people are going to consume it will be drastically different so there is a big difference in the game after the record but in terms of the recording they just told us to hunker down and make a great record which was about all of the creative input that they wanted to put on it. They knew that we had something good lined up and let us go and execute it.”


As a band that grew up and grew musically in the Appalachian mountains who are now just releasing their fourth album, we talked their growth and whether Isaac felt the sound of 49 Winchester had evolved sonically over the last eight years.
“Definitely, our sound is something that is constantly changing and growing. We’re constantly adding new flavours and spins on things that we didn’t think in the previous song or record cycle, but we’ve had a good track record of consistently growing and evolving so there is a lot different sonically than when we first started out. When you come to a 49 show, it’s going to be a really loud and rocking country show. It’s rowdy, it’s big and we like it that way. We take pride in being a live band and touring is where we really feel comfortable and at home, I think our musicianship has grown as we were literally just kids when we started this band, so we’ve grown a lot since then.”
​

This was a band that were releasing music independently prior to this most recent so a lot of their growth would have been organic through playing live, obviously Covid meant that touring their last record was not straightforward.
“It came with a lot of unique challenges but part of it was alleviated because I think we really benefitted by putting out a record during Covid. Yes, we didn’t have the opportunity to immediately tour but it kept us from taking a step backwards, it kept our momentum chugging forward and we came out with a lot more momentum and a bigger fanbase than before covid started. People were listening to a lot of music during Covid, there was a lot of music consumed when people were stuck in the house and people were listening to a lot of albums and us getting that record out during this time fell into that.” 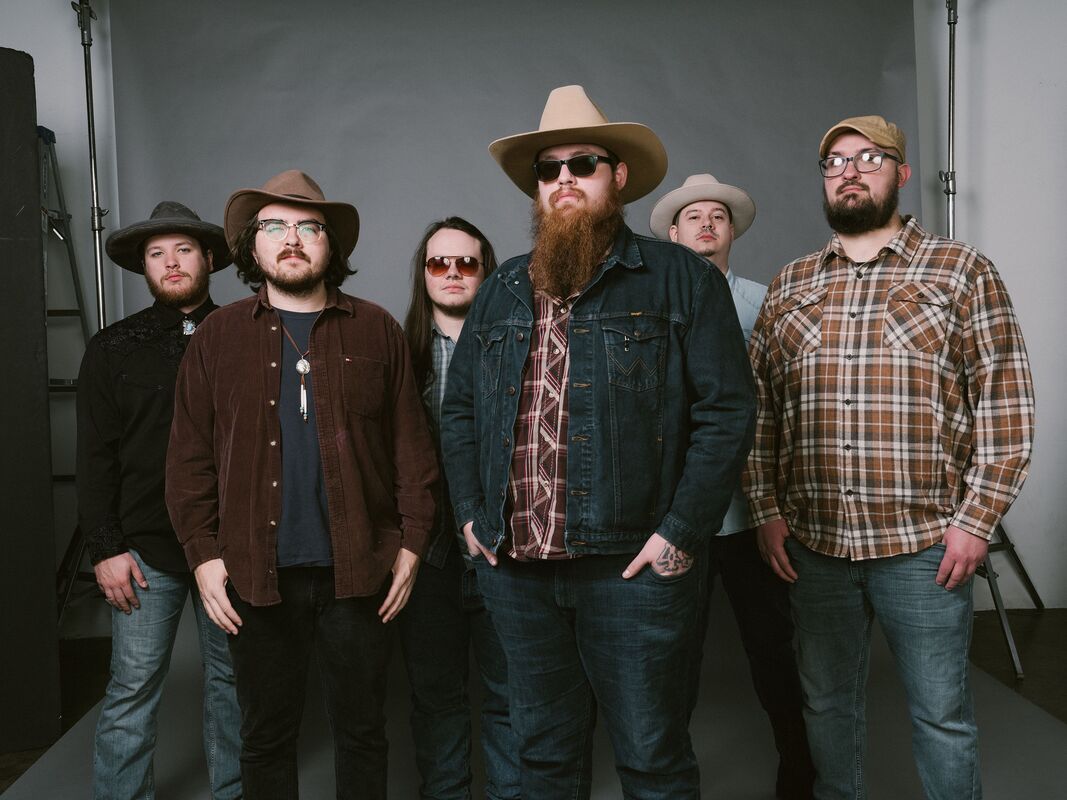 Isaac had mentioned earlier in the chat about reaching out to the UK market and by the sound of things it is definitely something that the band are not only excited about but is also something that is a priority going forward.
“It is for sure. We’re super looking forward to a UK tour. I don’t know when exactly it will be, we haven’t signed contracts or anything as things are fledging in the States right now, but it is something that would be a dream come true as not many people are afforded the opportunity, or I guess not many people earn the opportunity to travel the world with their music. We’re looking forward to be able to do it, it will be a strange experience, I thought new York City was a strange experience as a culture shock, you know but London is going to be a lot of fun when we get there.”
​

I braced Isaac for the British nuances that they have to look forward to and we ended with talking about the way that the radio system here is so different and as a result of when people process music, a deep cut from one of their earlier records could be to some fans their version of a big radio single.
“As soon as you make a fan, they then have full access to your whole back catalogue and a way to get in on things from the beginning in the same way that fans that have been with us for that long have. Now there is so much live audio and video stuff, it’s cool for new listeners to jump in after hearing Fortune Favors, something from III or saw the live show and join with us. Our whole musical confines of this band have been with us, we’ve never played in another band and played since we were kids, so for people to dig stuff that we made when we were just pups is pretty cool when they find something that they latch onto and really like.”
​The new album Fortune Favors The Bold from 49 Winchester is out now via New West Records and available HERE. You can find out more about the band on their WEBSITE and follow them socially through INSTAGRAM TWITTER or FACEBOOK.