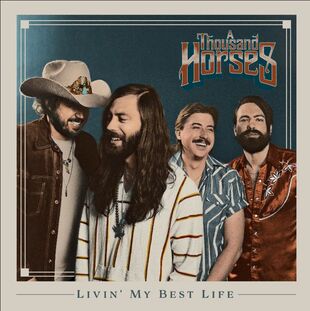 A Thousand Horses made their long-awaited return last week in London playing 229 Venue for the first time in the last 3 years at C2C 2016 to an eagerly, passionate audience.

The evening kicked off with support act Howard Rose with a cynical yet hypnotising set leaving the audience in giggles and wanting to know and hear more of his stories.  A Thousand Horses then went to take on the stage with a grand surged filled entrance performing ‘First Time’ followed by 'Trailer Trashed’ from 2015 debut album ‘Southernality.’
​
​As the band finds their groove among the British audience, the boys debuted a string of new songs from upcoming new album with help from producer Dave Cobb, that is set to be released next year on Cobbs very own label Low Country Sound imprint at Elektra Records.  Recorded at RCA Studio A The list included ‘Broken Heartland,’ ‘Drinking Song,’ ‘Define Me’ and both new single ‘My Time’s Comin’ and ‘Livin’ My Best Life’ with a wall buzzing singalong, leaving everyone at the tip of their toes and hands in the air. With, mic stands swinging, hips moving, feet shuffling while the guitars kept on ringing the band perform many of fan favorites like ‘Tennessee Whiskey’ ‘ Sunday Morning’ and ‘Southernality.’

A Thousand Horses are set to return to the UK next year with soon to be announced dates.