London Bridge is a unique place. It’s a hipster palace with multiple distinctive nightlife destinations from bars, skyscrapers, restaurants and then, stood in the middle of it all Omeara London.  The hidden venue holds up to 320 spaces. Known to showcase upcoming artists to ‘special underplays from world-class headlines’ offering a rare experience to its audience.

Aaron Lee Tasjan, Americana Troubadour and all and all guitar wizard bought his psychedelic, gut-kicking, spinning rock-n-roll style to a one night only event at The Omeara in his third UK visit.

The night began with Loud Mountains. Opening up the show for Tasjan. The folk brother duo enchanted audience with their rare simplistic approach to storytelling and wistful harmonies. The band debuted new material while diving back to 2017 EP ‘Live At Lexington’ and ending their set with Fleetwood Mac classic Rhiannon.

At nine thirty, Aaron Lee Tasjan and the band took centre stage. In an ombre tailored suit, see-through eyewear and third eye black hat to match his sparkling converse.  People all around the country came to see the  young singer, songwriter perform. Tasjan debuted  his recent release Karma For Cheap.
The evening saw him perform the likes of ‘The Rest is Yet to Come’ ‘Truth is Hard’ ‘Set You Free’ and ‘Songbird’ leaving the Omeara audience on their tiptoes in excitement as the buzzed people threw their hands up in the air and feet swaying from one side to the other. Keeping a diverse set, Tasjan included ‘Dime’ and ‘Memphis Rain’ from his 2016 Silver Tears album. Sharing the story behind single [Memphis Rain] according to Tasjan he and friend Bonnie Whitmore were playing a show in town when only one person showed up. A lady in her seventies, wearing a leather jacket and a big read piece on her hair. After settling in, she asked the two ‘I hope y'all don’t mind me dancing.’

The highlight of the night was a stellar performance of ‘Ready To Die,’ which proved Tasjan to be not only a word master but also a guitar wizard with a three and a half minute guitar solo - shaking the venue down to its knees. Tasjan ended the song by thanking fans, sharing the spirit of love and embracing one's inner personality “If you’re strange, stay strange baby!” Before ending his set with a mellow tune ‘Dream Dreamer”.

Just minutes later Aaron returned on stage with a special encore dedicated to his hero Tom Petty singing ‘The Waiting’ while engaging the audience in the second sing-along of the night.

Tasjan still has three dates remaining on his UK tour, playing in Nottingham, Manchester and Brighton. If have yet to see him (or need to go again!) this is a fantastic opportunity to see a truly gifted artist performing to an intimate crowd and is guaranteed to be an evening of Americana music you will not forget. 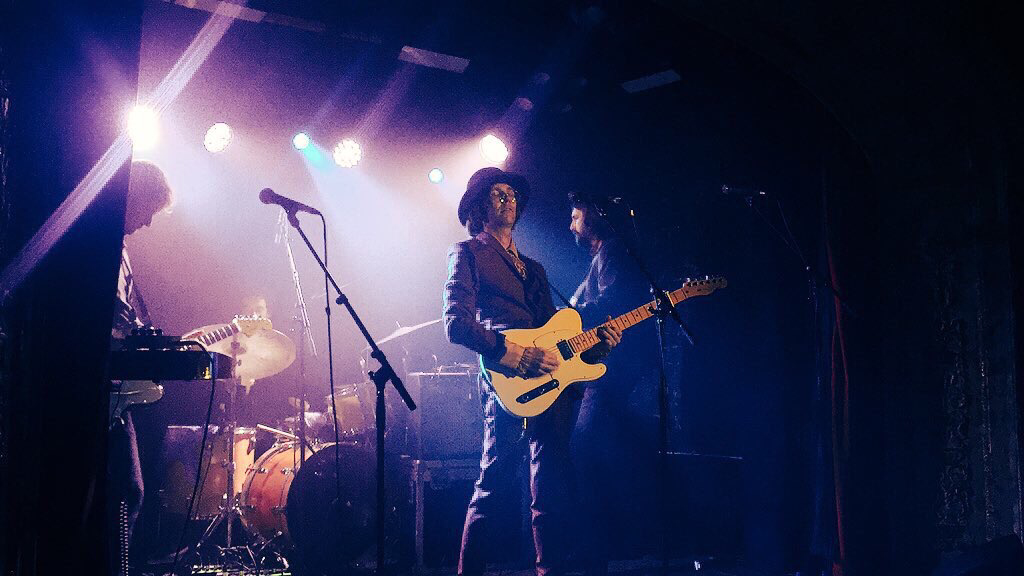