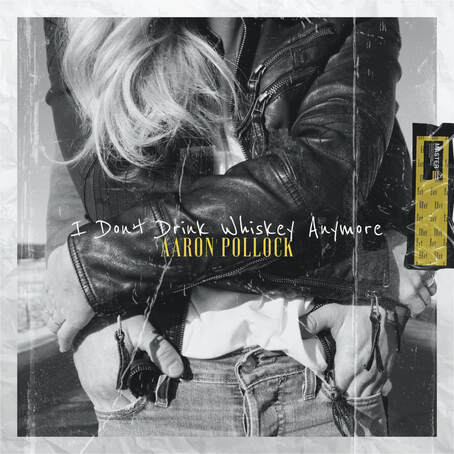 - Who would you love to collaborate with?
Ed Sheeran. His skill as a songwriter is hard-earned and world-class. His music is so expressive, and his approach to writing lyrics, rhythms, and melodies fascinates me. He can do anything, and I think it would be incredible to get the chance to write with him.


- What has been your biggest struggle so far?
I was a pretty bad singer when I started as an artist. It was really hard early on to get on stage and put on a good show when I was totally unhappy with how my voice was sounding. I had to learn how to overcome my lack of confidence on stage, and lack of singing ability. I worked hard to improve for a long time and now because of that, I enjoy performing so much more!


- What’s the best advice to give to a musician just starting out?
The craft comes first. You can have thousands of followers on social media, but if you can’t perform or write songs that connect with people you don’t stand a chance. If you’re dedicated to studying your craft, you will be rewarded in good time. Find a group of people to work with that inspire you to be better. Be patient, and willing to do the work necessary to be the last person standing. Take care of your body, mind, and spirit.

- What’s the best advice you have ever gotten from another musician?
Before being a country artist, I used to play in a rock band. In 2015, I performed in the finals of Indie Week in Toronto and connected with a producer named Brian Moncarz. After my set, Brian asked me if it would be ok if he gave me some feedback, which I was more than happy to hear. Brian told me that he enjoyed my performance, but that my songwriting wasn’t really that great. This inspired me to take a serious look at my approach to songwriting and to ultimately come to the same conclusion. After that, I decided to dedicate myself to studying the craft of songwriting. I then started reading books, cowriting as much as possible, and studying country music. I fell in love with the craft of songwriting and decided to start writing country, the genre that revered lyricism the most. I think about my conversation with Brian all those years ago, and I’m so thankful that he inspired me to take action.

- When/where do you do your best writing?
The more time I carve out for writing in my week, the better I get. My writing ability is like a muscle. If I don’t use it, it atrophies pretty quickly. I do my best writing when I’m working with people that I’m super comfortable with. When I’m relaxed and in the moment, I find myself far more creative

- What’s the story behind your song’s title?
I wrote this song with three of my best friends, who are also three of the most skilled writers I’ve ever met. One of my cowriters happened to go through a painful divorce a few years ago. About a year after that, he received a random text from his ex along the lines of “you have to try this new brand of whiskey I just found, I think you’d love it!”. In receiving this text, he realized that he hadn’t had a sip of whiskey since the breakup (he’d since moved onto red wine). This text sparked a deep conversation between the four of us, which resulted in the song title “I Don’t Drink Whiskey Anymore”. I decided to quit drinking almost three years ago, so I found this idea incredibly powerful. The song itself is about bad habits. Sometimes bad habits come in a bottle, and sometimes they’re the people that are in your life when they shouldn’t be. Getting rid of a bad habit is one of the hardest things in the world to accomplish. Luckily, it’s also one of the most rewarding.

- Did you have a musical mentor? If so, who was it and how did they influence you?
​I’ve had a lot of musical mentors over the years and I’m grateful for all of them. However, my very first and most important musical mentor was my Dad. He’s not a musician, but he’s more passionate about music than almost anyone I know. He’d play me music in the womb, and when I was a toddler he would leave me on the couch with an Eric Clapton record playing and I’d be content for hours! He took me to the record store every weekend, and to more concerts than I can count. I love music more than anything except for my family, and my family is why I love music!