The Sit Down with Abbey Cone

Texas has a long history of producing some of the biggest and most exciting artists in country music with ladies like Miranda Lambert, Kacey Musgraves and Maren Morris leading the way in modern times. One artist that looks to continue this trend and represent the Lone Star state is Abbey Cone. The lure of Music City first enticed Cone a decade ago with her first trip coming at twelve years old before trading Argle in the Dallas/Fort Worth Metroplex for Nashville full time when she was sixteen years old. The hard work and dedication are now coming to fruition with her debut single “Rhinestone Ring” (stream/download HERE) being released at the start of October that is the first introduction to her maiden project with producer and co-writer Nathan Spicer.

During her time Nashville she has already collaborated with some of Nashville’s most accomplished songwriters, such as Lori McKenna, Shane McAnally, Nicolle Gallyon, Heather Morgan (who is one of the co-writers on her debut single) and Jessie Jo Dillon. For the year 2020, Cone was named as part of CMT’s incredibly strong Next Women of Country class (which also included: Kylie Morgan, Gabby Barrett, Hailey Whitters, Caylee Hammack, Madison Kozak, Renee Blair, Walker County, Sycamore, Avenue Beat and Tiera) and will begin next year opening for Brittney Spencer, who is a member of this year’s Next Women of Country class. With so much on the horizon, Jamie had the opportunity to get to know Abbey over Zoom and learn more about her debut project.

After Abbey declaring she was a morning person and telling me that she had been at her label’s party following last night’s CMA Awards it felt great to celebrate the success of her labelmate Carly Pearce after her winning Female Vocalist of the Year:
“It’s amazing, I saw her there and congratulated her. We were watching it on the giant screen in the building and everyone just screamed when she won so that was really cool and I’m really happy for her.”
​
For an artist just staring out and being part of the Big Machine family, I asked about how seeing someone like Carly who has worked so hard and finally getting the recognition that she deserves being up in a category with the likes of Miranda Lambert and Maren Morris can help set the way and build optimism for newer artists that are starting their own journey?
“I was talking to my mum this morning, just talking about the awards and how I feel about everything saying that I feel that there is no one more deserving of that award this year because Carly loves country music so much. For me, I had a ton of fun this year, I didn’t really do anything, I just went to the afterparty but I felt happy and think next year will genuinely be the year that I’m there in some capacity. I have felt that next year was going to be the year for like three years now but I was in super good spirits about it this year because I know I will be there next year.” 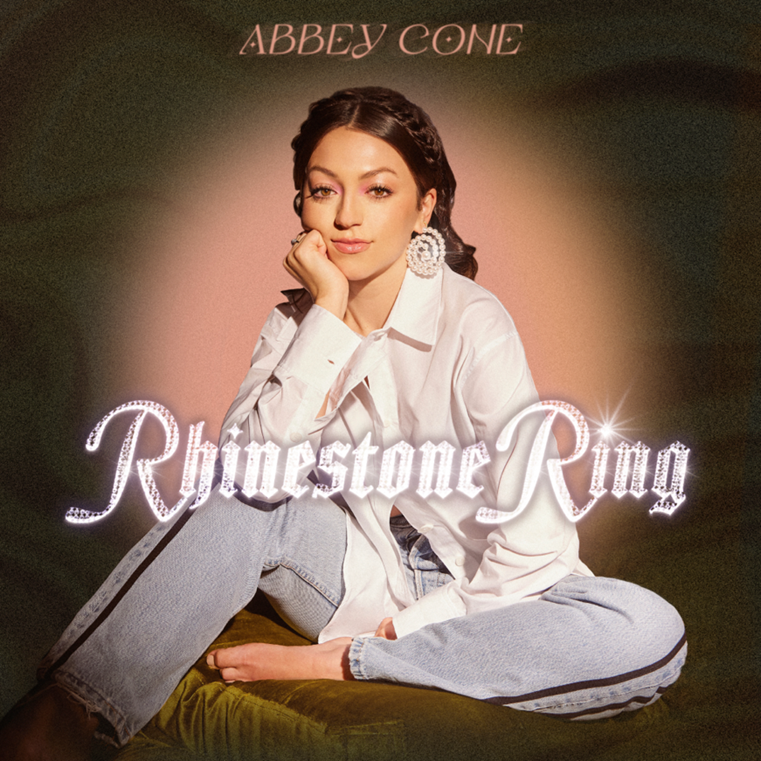 The scene in Texas is very big and very different to what occurs in Nashville. Abbey moved there seven years ago as a teenager and is only now bringing out her first material and we talked about the journey an perspective of a timescale when looking to move to music city and pursue country music as a career:
“I moved here when I was sixteen, I’m twenty-three now and I in my head I feel that I had a certain window but I was never naïve to the fact that this takes a long time. It can happen really fast for some people and then you have people like Carly that have done the long haul. I moved from Texas, finished Freshman year in high school and graduated super early, got a publishing deal when I was sixteen and the getting to sing my songs, write my songs and produce my songs, I’ve had so much time. I just feel like this has given me the time to make the music better and I guess I was never naïve to the fact that it would take a while but I did feel like I would be at the CMA’s this this year, I feel it would have if the pandemic didn’t happen but I’m super grateful for that time for so many other reasons. I feel like I’ve had a whole evolution and as an artist too!”

We all appreciate the goings on in the world that happened since March 2020 but as an artist looking to stamp their imprint, this must have been very difficult in a number of ways. Abbey was looking to bring out music last June but COVID had other ideas. Beyond the challenges, I explored the opportunity for focus as an artist during this period:
“It was a massive variety of emotions. I signed my record deal in September 2019 and I had a six-song project cut which I was going to put out in June of 2020 and like you said, it just didn’t. Everyone kind of understood that you didn’t want to release at that time, Getting a record deal was literally something I would wake up everyday trying to figure out how I would accomplish that intentionally since I was fifteen, so to have that happen to me in the exact way that I wanted that to, after I had done the CMT Next Women of Country and we were going to release, then do the radio tour it was devastating personally but it gave me so much more time to feel like a fuller person and have a more honed in perspective on what I want to say. I have been doing this since I was six so it was an I want to do this and reasons behind why I want to do this but not to just get the record deal because that was what I was supposed to do, so I’m really excited to hopefully put out an album. I feel like it’s hurry up and wait but it’s crazy to talk about the idea of having an album out eventually.”

Given the single came out at the start of last month in October, Abbey talked about what is next on the horizon for the project and upcoming releases:
“I think we will release a couple more singles and I would love to do an album rather than an EP. I’ve written a lot of songs; an EP would have made sense for 2020 but it’s 2021 and I have a lot to say and an album needs to be heard. A couple more singles, super soon, right after the Holidays and then I’m touring with Brittney Spencer for eight days with her in the new year which is all over the United States and I’m so excited about. She was amazing on the CMA’s last night and that just fell into my lap so I couldn’t be happier for those to be my first shows back. It will just be me and my guitar which will be super fun.”
​
“Rhinestone Ring” is Abbey’s first release that was written with Nathan Spicer and Heather Morgan, so I explored the background behind how this track about life being more than material things came to light:
“We wrote “Rhinestone Ring” in 2019 and as far as the title goes, I was driving and I just thought of the title. I’m a big title’s person and I liked how it sounded so I brought it in to Nathan and Heather. Nathan and I started working on the melody by ourselves before and when Heather Morgan came in, that descending melody that is Rhinestone Ring was just Heather’s fairy dust on it with Nathan’s production. I would say it was totally organic but I did bring in that idea, although that I’d marry you now with the rhinestone ring was Heather. I smile when I think about writing that song, it was such a great day.”
The relationship between an artist and producer is key for the way that a sound and message is presented, what makes the Nathan Spicer link the perfect fit for Abbey?
“It’s multiple things. I think our musical taste as individuals relay come together in a really interesting way. He grew up with Blink 182 and a lot of punk bands but is an amazing guitar player like he was on the road with Katy Perry for four years. With our musical influences, if he is Blink 182, I’m Lee Ann Womack and it makes this cool thing. It just happened, we work amazingly together, we love making music together and it just works.”

As is so often is the case with people that are so full of energy and are an enigmatic personality, we could have gone on for so long. She has such a beautiful soul and is so full of charisma which this doesn’t really give any justice to in a written piece and she is someone that a UK audience will absolutely fall in love with both as a person and her amazing talent as an artist. She wants to come and see us and we cannot wait to have her follow in the footsteps of her fellow CMT Next Women of Country class members: Madison Kozak, Caylee Hammack and Kylie Morgan to head over these shores so that is something to look forward to. However, as a DFW girl, I had to get final clarification on how cool she is and check she was representing the star and was a Cowboys fan?
“I am, I have to be. My sports teams are still pretty Texas. I’m a basketball girl so it’s Dallas Mavericks for me but my sports teams are always Texas!”
​
“Rhinestone Ring” is the debut single from Abbey Cone is out now via The Valory Music Co. which you can find HERE whilst you can keep up to date with Abbey and get the full list of her upcoming tour dates through her WEBSITE or follow her socially on TWITTER INSTAGRAM TIKTOK & FACEBOOK.