The Sit Down with Ashley Monroe

As one third of the Grammy nominated Pistol Annies, Ashley Monroe has topped the Billboard album charts and played some of country music’s biggest stages whilst her solo career has also caught the attention of the Recording Academy with two more nominations of her own and her vocal prowess has made her a firm UK favourite after her appearance at Country 2 Country and the CMA Songwriters Series back in 2016. The Knoxville, Tennessee native begins 2021 with her recently released firth studio album “Rosegold” which is out now through Mountainrose Sparrow/Thirty Tigers (stream or download HERE) and we recently caught up with Ashley over Zoom to hear all about it.
​
As an album, “Rosegold” is a really enticing, incandescent masterpiece and beacon of pure light but it is very different melodically to her previous releases. Her craft as a songwriter retains the emotion and depth you would expect but the melodies are layered more towards what you may term synth pop, more familiar with Lana Del Rey or Halsey and the result is this blissful and almost angelic sound. As we began talking about the record, I began by exploring the journey changing her sound as to whether it was a gradual process or naturally happened:
“I guess I could say it was both a process and it happened organically. I feel like the process was just me, through all my life loving all different types of music. When I was a little girl I would hear Patsy Cline and Jim Reeves, then my parents would play The Eagles, Bob Seger or Lynyrd Skynyrd then my brother had all the rap cd’s that I loved which we would listen to on the way to church. Just so many different kinds of music through my whole life. I would listen to Mariah Carey‘s “Vison of Love” and teach myself to try and sing like that or harmony those kind of things, even Celine Dion who I would listen to her so many times. All of these things have been kind of soaking into me for a long time but when I got let go from Warner, which was the end of 2018 or beginning of 2019 where I understood and everything was on goods terms but when that happened I felt this freedom, this wave of confidence and wasn’t going to stop making music. I was thinking you’ll always write, that’s my job, that’s what I do for a living, not just for myself but for other people so I just had this inspiration hit me to just be open with everything. Now, you can write whatever, you can write all kinds of music. That was my goal, I want to show people that I’m not just one thing and can write all different kinds of songs because I’m really inspired by all different kinds of music.” 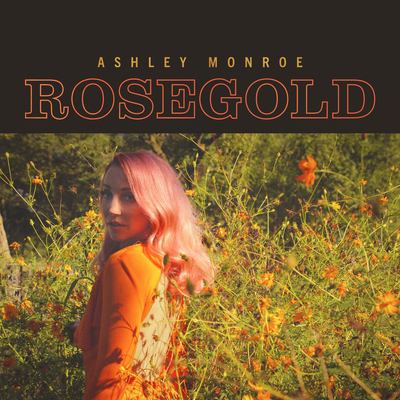 The album portrays this creative freedom and expression which we are seeing more and more from Nashville based females making very bold and dynamic sounds, but we discussed whether there is an element of the radio attitude being a driver for this creativity in that if boxes are ticked and there is still a battle then does that encourage people to just be free with their music.
“It probably is, because I’m done with that chapter of my life where I’m chasing a slot. I worked really hard from when I was first signed, I’ve tried and tried but there becomes a time where you don’t want to be where you’re not wanted. I’m blessed to have a gift and I know I’m supposed to share it with the world, so go focus on what does work! Stop focusing on what doesn’t. I just want it to get heard, I can’t control what radio plays and I’m proud of all the females on country radio but not by any means did that thought even cross my mind.”
​
We moved on to talk about the process of writing and recording the album, along with whether the pandemic had any effect on the project:
“Really, most if not all these songs were written before the pandemic. All of vocals, I sang with the producer and co-writer of the song on the day that we wrote it, the harmonies and everything. That’s cool to me, the energy by these super talented producers who are also great song writers and can pay any instrument as well, these multi-talented guys who I was writing songs with, I wanted to show them off as well rather than trying to go in again and try and copy this vibe that we created in this room. I wanted to take that vibe then Gena Johnson and I really focused on the mixing, adding to, carving away and all the different parts that go into homing in on a song but I wanted it to be that raw, day it was written feel in these songs.”
​
Knowing that she was looking to create the album in this way, I asked Ashley whether this meant that she went into the writing aspect with quite specific ideas for her collaborators on a given day:
“Soon after I got let go from Warner Brothers, I started hearing these melodies. These angelic melodies then I would hear all these harmonies too and another part under this, so I was hearing all of these things but I was also paying attention to what I was listening to. I started really listening to Kanye West’s record, listening to the production and not just dancing to them then I listened to Cake a lot and Beck, I was really listening to his new record. Things that are layered! I was paying attention to what gave me chills, the noises, what happens at that certain time which every time I listen to it, I feel that. That boom underneath my feet, I like that and I’ve always liked that honestly. It’s nothing new, I’ve just not used it before. With Nathan (Chapman) for example, I went in with a little bit of a melody but he was saying the same thing of hearing the verses low, where almost my voice is right there and the chorus to come in and sweep you away, just be like the orchestra sound.”
Looking at the last year and the way that there has been more necessity to collaborate virtually, the world of co-writing over Zoom has appeared almost a marmite concept that people either love for the convenience or dislike due to the absence of being able to feed off energy in a room.
“I did do a lot of writing on Zoom and I still will. It’s cool because a lot of the time I would be on with someone in LA or New York and I’m thinking we should have been doing this all along, instead of taking a trip to write with somebody, you can just write with them for a day online. I’ve written some songs I really liked but it’s hard when you want to sing harmony with somebody because of the delay, so I have enjoyed starting to trickle back into the in-person process.”

Ashley said that the creative process for the record had been done over the last two years but most of the writing was done before the onset of the pandemic, so given the time of the road over the last year and writing new songs over this time, was there reflection and consideration of any of these new songs displacing the initial track listing plans for the record?
“I listen to this record pretty much every day, on my own to both critique and enjoy, so I never wanted those songs to be gone, but I’ve actually written more songs in this vein as well that I already have on a list for when I record again. There have been a ton that have been written over that time, that may rise to the top but I really did let these ten simmer a while as I have been working on it off and on for over two years, where they still move me. I was never unsure about those!”

The cohesiveness of the record and the overall feel of the project manages to really capture and portray what rosegold is from an aesthetic and sonic perspective that allows you to visualise it as a concept.
“It was funny, I thought of “Rosegold” because I had my first record, or second I guess which was “Like a Rose” and I’ve had a lot or rose references like “Weed Instead of Roses” so they day that Nathan and I wrote “Gold” I was certain that this was Rosegold. Then I died my hair pink and I got this tattoo that I felt was almost underneath my skin that needed to come out. All of these things started happening at the same time, I wear rosegold sunglasses and I see everything through rosegold lenses, so it is like I wanted this record to clip those on someone else.”