​The Sit Down with Ashley Cooke

Raised between the coasts of California and Florida, Ashley Cooke is an up-and-coming country artist who is bringing authentic and honest storytelling to her music. She released her debut 8 track project “Already Drank That Beer” in August last year and has been on the road with BRELAND, Spencer Crandall, Brett Young, Jordan Davis and Cole Swindell who she will be back on the road with in Autumn on his Back Down To The Bar Tour.
Releasing new music via Big Loud Records / Back Blocks Music, Cooke is following up her current Brett Young duet and radio single “Never Til Now” with brand new track “getting into”. This opens the door for what is next for Ashley who we recently caught up with to hear all about it.

Reading through your bio, you see both coasts mentioned, spending a bit of time in Australia and moving to Nashville as you started college but as an initial introduction where exactly does Ashley Cooke call home?
“OK. To walk you through the whole timeline, I was born in Wisconsin then moved to California when I was seven, moved to Florida when I was fifteen and Nashville when I was eighteen. I say Florida is home because it feels more natural and that’s where I was before I was here as everybody is from somewhere but honestly, I have spent the most time in Nashville and I’d say that it is home now more than anywhere else.”
​
You moved to Nashville initially to go to college at Belmont which is obviously one of the biggest and most prolific music schools in the country but what specifically was the draw to move and study there?
“Oddly enough, I didn’t even study music at Belmont. I have been doing music since I was eleven, I wrote my first song and played my first show in LA when I was eleven. I always had this connection to it, both of my parents were not musical people but my sister and I both caught the bug really young. My sister is in acting and started off in acting so that is kind of how we got dragged out to LA where I was quickly surrounded by entertainment, all of my friends were in the young Disney crowd and I just got thrown into it and fell in love with it from the beginning. I decided to go to Belmont because my sister and I had been doing some music stuff together, travelling the country doing shows and I thought I go to Nashville all the time. I had been writing on Music Row since I was a kid with number one songwriters from when I was thirteen or fourteen and the thing with college was, I could go to other big city schools and study music or I could go somewhere like Belmont and study something that is not music. This would give me some other perspective as I have been doing it since I was a kid and it would give me something different to study, but I would still be in Music City, be around people that I have grown up with and be able to go to shows on weeknights and still do the young new artist thing but also be in college.” 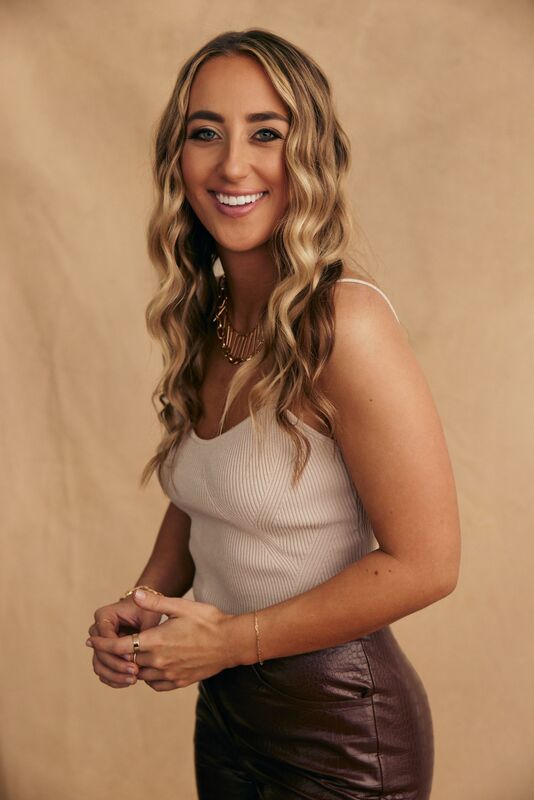 “I did Marketing & Communications and fell in love with that major and nearly went into that field post grad but last minute in my senior year I had always heard of this thing called the Country Showcase Series. Belmont is traditionally a music school, so the students put on a massive student ran showcase in the basketball arena and I knew that Tyler Hubbard from Florida Georgia Line and Brad Paisley had won these showcases so I thought I’ve just got to do it. I had done it since I was a kid, I hadn’t really touched it in four years and thought I would apply and see what happens then I applied, got in, made the top four and I won the competition. All of the panel of judges said I needed to give this a shot and give this at least a year to see what happens so the rest is history.”


That must have been really cool as an entertainer to have a college life in Nashville but not be married to music.
“It was just the best. I joined a sorority, and it was just normal because I was kind of thrown into entertainment as a kid. All of my friends were home-schooled for it and now they are on major tv shows or in movies or touring the world and we have all kind of developed into these entertainment kids that are now adults. I spent so much of my life not going to proms, not going to Homecomings or not really experiencing the young normal things to do so college was my time to experience that. Belmont was the perfect middle ground where I wasn’t too far away from what I want to do but was also able to have friends that are nowhere near music and normal people, so it was a fun time.”


I saw through your Instagram that you were in Alabama last night playing a show with Luke Bryan and how that was a real full circle moment as he was one of the first people you saw after you moved to Florida almost ten year to the day.
“I couldn’t believe that the timeline lined up like that and I honestly only found out two days ago. Moving to Florida when I was fourteen or fifteen, I felt like I was going so far away from the entertainment business as back then everything revolved around LA. It was just so normal, and I went to the West Palm Amphitheatre, which is now my dream venue as I went there every weekend when I was growing up. Luke Bryan was playing that night and Jason Aldean, I just remember being on that lawn. I got drunk for the first time and fell in love for the first time on that lawn so it’s like my spot, but I was watching Luke perform, it was downpour raining and I’ve just never seen a better performer in my life. I could say the same thing about last night too, he is just such a good performer and I remember sitting in that crowd thinking man! I want to do that! The way that he makes everybody in this crowd feel the way that I feel, every single moment I am just watching him and wanting to know what he does next, it’s just the most amazing show and I wouldn’t shut up about it for weeks after that. Literally ten years and a week to the day that I opened up for him.”
​ 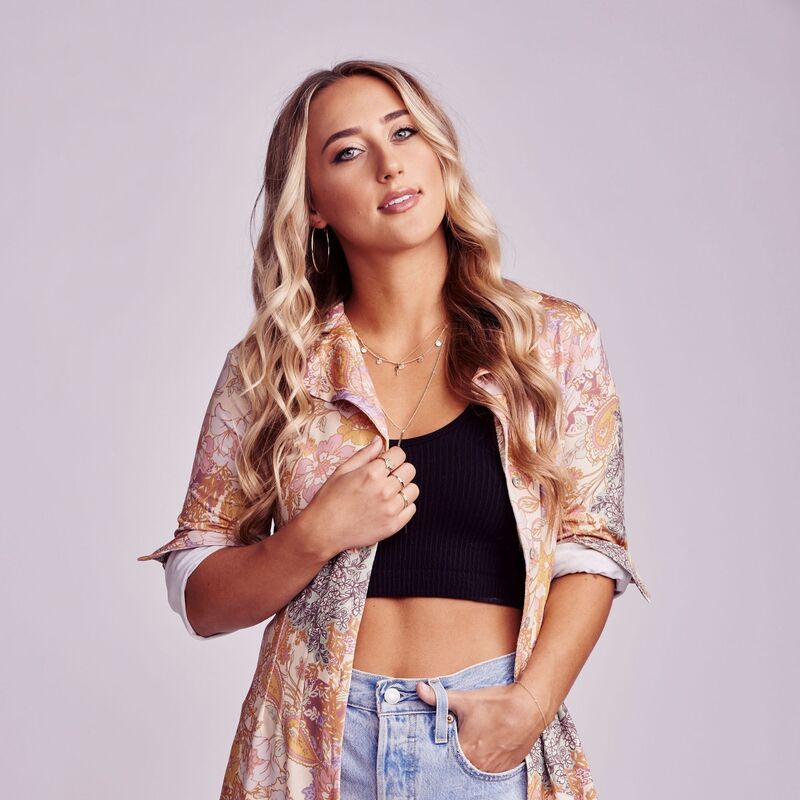 The new single “getting into” from Ashley Cooke is out now through Big Loud Records / Back Blocks Music which you can find HERE. For full details of all upcoming tour dates, head to her WEBSITE and you can follow along with her on FACEBOOK & INSTAGRAM
​