Indie giants James will get the party started for the event three years in the making following successive postponements due to the pandemic, completing an impressive three day lineup alongside Van Morrison, Wilco and The Waterboys. The much loved British band, whose career has spanned a staggering 5 decades and have sold more than 25 million albums worldwide, will be bringing their charismatic live show to the deer park.

“We are absolutely thrilled to play Black Deer this year. After so many years away from the UK due to COVID, we can’t wait to return to a place that continues to be very special to us.”  - Hiss Golden Messenger 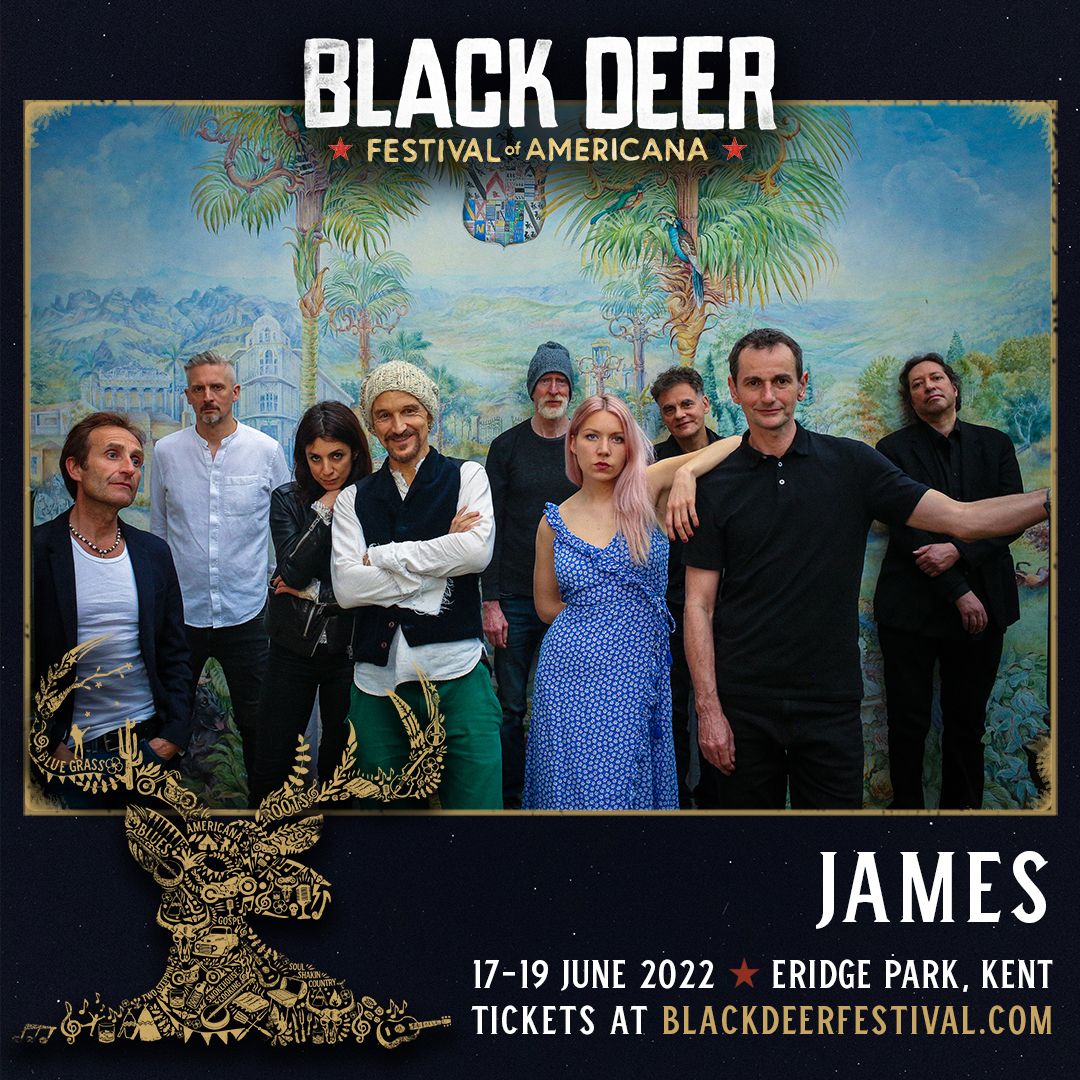 Back for its third year, The Black Deer Songwriter Sessions bring artists together for a Nashville-style 'in the round' performance you won't see anywhere else. Confirmed this year for these intimate and must-see gatherings are Imelda May, Hiss Golden Messenger, Cam and many more.
Another unmissable musical offering in the deer park in 2022 will be the inaugural Great Americana Songbook. A house band, led by AMA-UK award-winner Robert Vincent, will headline the festival's party central Haley's Bar on Saturday night and be joined by a range of artists from the Black Deer line-up to perform a set of Americana standards. The theme for 2022 is The Band's seminal 'The Last Waltz'.
Though still in its infancy, Black Deer has already won a string of awards for its authentic celebration of Americana culture, showcasing some of the genre’s greatest acts. But the festival is more than an appreciation of a musical genre. Black Deer is a celebration of a way of life.
Alongside the musical program, the festival has built a strong allegiance with quality fodder, cooking up a storm in their Live Fire Arena thanks to the skills and associates of Grillstock founders Jon Finch and Ben Merrington. Chefs appearing this year include BBC stars Hang Fire, Southern Kitchen’s Sam Evans & Shauna Guinn, Twe12ve Fires fire-cooking hero John Relihan and acclaimed best-selling author Genevieve Taylor. Black Deer's hugely popular cookout will also return, alongside the new and highly anticipated chilli-eating competition. The acclaimed Gospel Brunch will also make a comeback - famous for bringing a congregation together on festival Sunday for free food, communal gathering and old time sing-a-longs to the likes of 'Amazing Grace' with the Powerhouse Gospel Choir and very special guests.
The Young Folk area, a partnership with not-for-profit Community Interest Company Woodland Tribe, has been a major attraction for festival-going families since day one.  Promoting the best kind of adventure play, allowing children to safely use hammers, screws and rope, the youngsters at Black Deer get to build the playground of their dreams.
And last but not least, hear the growl of the counterculture at The Roadhouse, Black Deer's heavier space. Curators Desertscene and Clash Magazine will present performances from artists as diverse as The Picturebooks and Wildwood Kin on their respective stages, while Black Deer partners Harley-Davidson will also be on-site amongst the custom motorcycles and vintage vehicles, with their revolutionary JumpStart Motorcycle Experience.
“Black Deer is not just about hearing the music you love, it’s about discovering music you’re going to love and experiencing the unique cultural richness that surrounds this popular way of life we call Americana. The natural ingredients that complete this simple melting pot can all be found at Black Deer – from authentic smokehouse BBQ cooking and a righteous Sunday gospel brunch to the thrill of custom motorcycle culture and a connection with nature to inspire the young folk, the festival is a community gathering for those who love to get it together in the country…” - Gill Tee and Deb Shilling (Co-Founders)