It was three years of anticipation for the return to Eridge Park in the beautiful Kent countryside but Black Deer in 2022 more than made up for the time where life merely existed, yet music festivals and the live events industry were left behind as the world was stuck in the realms of Jumanji under the global pandemic.

The picturesque allure of the Deer Park was magnificently transformed once again into a warm, inclusive and vibrant Americana playground which brought together the culture and wide variety of music that treads the realms of this pure, relatable and honest genre for the third instalment of the festival.
When I first visited in 2019, I was instantly blown away by the divine beauty and serenity of the surroundings and even without being completely up to speed with the entire line-up, I really struggled to notice even the smallest of areas for improvement needed in what was on face value as close to a perfect festival as you could encounter.
​
The cashless system, ease of access with your ticket onto the site, amount of refuse and recycling points, the helpfulness of staff, the speed of service at the bars, how switched-on security were, the whole attention to detail and ambience of the main arena site, the ease of access and the laid-back nature of the festival goers just really paint the picture of everything that they intended to achieve and ran so smoothly. 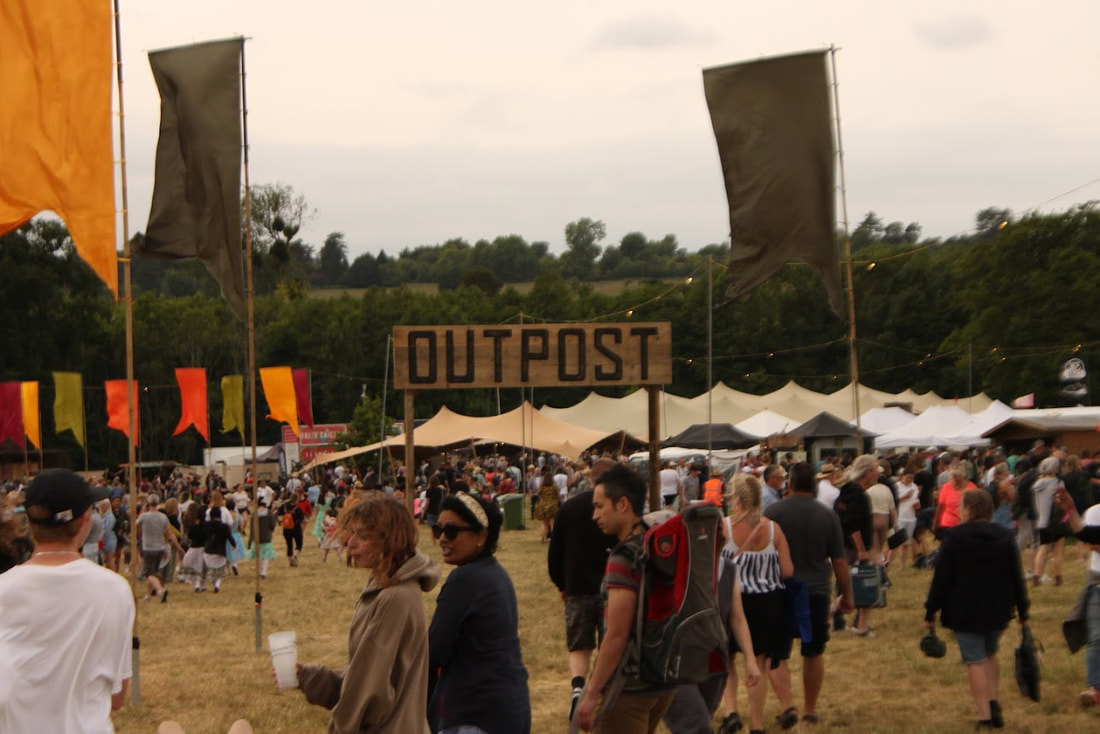 You hear the almost cliché phrase around inclusivity with things being fun for the whole family, yet Black Deer really achieves this with the array of activities catered specifically for children and the younger generation, then equally presents enjoyment for parents and grandparents alike with the extent of different activities from live fire demonstrations, displays of Harley-Davidson’s and one of the most fascinating blends of musical entertainment that you could encounter on any festival booking.

Music is clearly the primary focus of a music festival and even as a correspondent, whilst there were names like James, The Waterboys, Imelda May, Jake Bugg and festival headliner Van Morrison, that I was all too aware of, there were merely a handful that I could say I was overly familiar with before the event so the music fan in me was really thrilled to be able to encounter so many new acts from my perspective. We clearly by name of the site lean towards country and the Americana sounds that tread closer to Nashville, so the likes of Cam, Ward Thomas and Kezia Gill (who once again we couldn’t even get into the venue to see her set, which is becoming a recurring theme so fingers crossed she will start getting booked to play stages that are actually big enough for her) were the obvious attractions prior to the event in such a diverse field.
​
A very interesting point on this is that around the campsite and arena, I overheard a lot of people referring to the event as a “country” festival and there were a lot of people dressed in the perceived country style yet from someone that attends the majority of more commercial country events, it was very interesting to see predominantly new faces and people’s perception of what they were seeing on stage. This really intrigues me how there is a market of two very close cousins, being country and Americana that in the eyes of many don’t tend to intertwine as much as you would anticipate, because I really think the Country 2 Country and Long Road crowds would firstly embrace and enjoy the Americana sounds so much but present a market that is ready and able to be enticed by Black Deer as the atmosphere is so similar to what “country” fans are accustomed to. 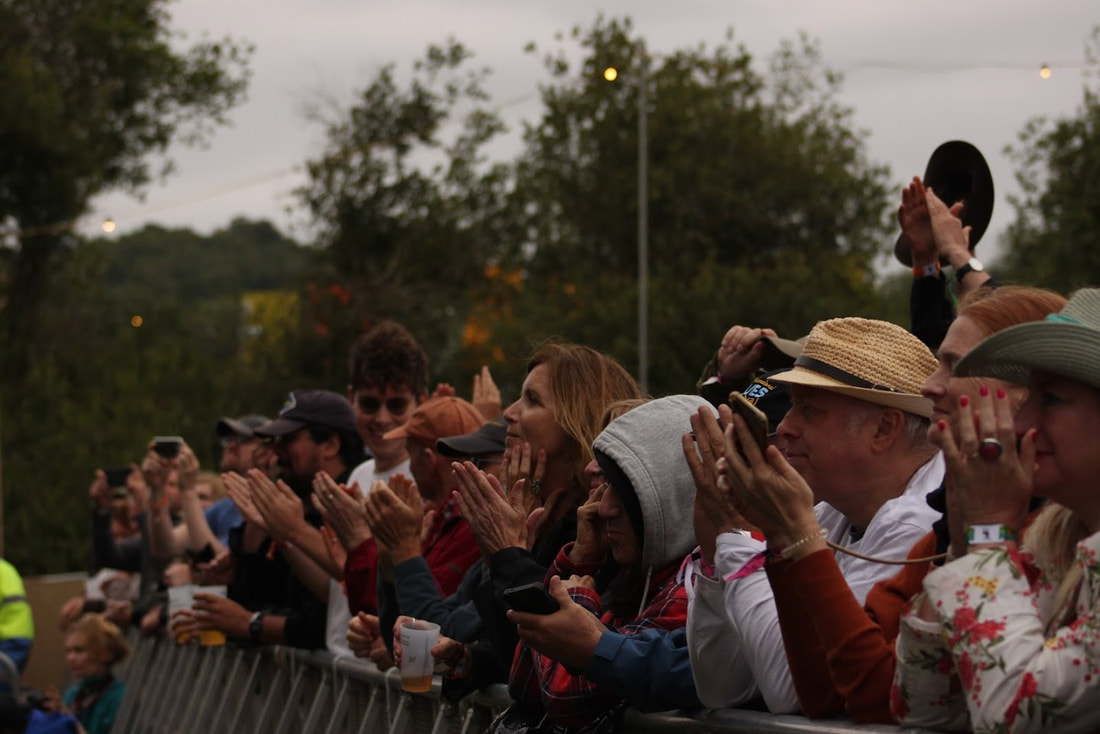 The Friday of the festival already seems so long ago yet some highlights included a storming set from the always entertaining The Outlaw Orchestra in Haley’s Bar, Imelda May and Jake Bugg both being artists I had seen before at festivals but not been fully enticed by their back catalogue who really dazzled in the glorious sunshine of the Main Stage and a really captivating, energy filled set from Foy Vance who was a name that a lot of people had been talking about, which I quickly realised why as I became an instant fan.

Musical discovery continued on Saturday with a glorious array of talent on the Main Stage which kicked off with S.G. Goodman, followed by the tremendous level of energy and charisma brought by Amy Montgomery (who was a highlight of the festival for so many people and definitely an artist I would firstly recommend discovering but also one of the most impactful live performers that I have ever seen) and the blissful four-part harmonies of Darlingside who I have been listening to pretty much on repeat since the festival. As the evening drew, it came the turn of a band that have been on my musical bucket list for so long with the legendary Jeff Tweedy and Wilco really making that wait worthwhile and showing why Eric Church referred to him lyrically as “one bad mother”.

Moving into what was not the most straightforward part of the festival with the warmth, elegance, energy and charisma of the events star attraction Cam. She is just a star that always puts on the best show, which she did until mother nature intervened. The iconic words of Freddie Mercury in Bohemian Rhapsody include the line “Thunderbolts and lightning, very, very frightening” which rang true during an electrical storm in the local area that prematurely forced the closure of the arena and suspension of performances midway through her set on The Ridge.

Acts of God like this are unavoidable and firstly I want to applaud the on-site security for their calm, considerate and helpful manner in the way that they safely evacuated the arena in such an efficient and safe way. On from here the organisers were obviously putting welfare to the forefront in having to make a tough decision and had to consider the implications for the remainder of the event which they conducted concisely putting public safety as the priority which ultimately resulted in the right plan of action.
​
When the final morning arrived and the calm after the storm was in fruition, people were informed of the safety for the event to carry on and a glorious Sunday ensued. The mesmerising guitar prowess of Yasmin Williams, the uplifting positivity of The Powerhouse Gospel Choir, one of the most spellbinding Songwriters rounds from William Prince, John Smith & Native Harrow, a wonderful energy filled set from Police Dog Hogan, being able to see the incredible Ida Mae for the first time and the slickest acoustic set up that creates one of the biggest sounds that you will encounter anywhere from The Dead South (who we were lucky enough to speak with in a very special interview that will be on the way very soon) almost made the happenings of the night before be forgotten. 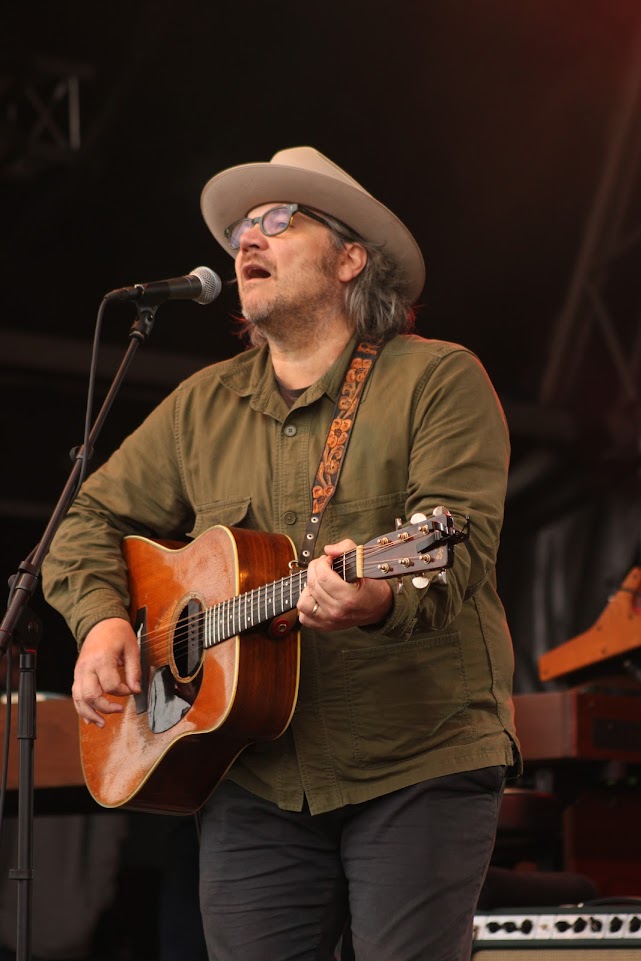 As someone that has been regularly going to festivals for over two decades, there really is something that is truly magical about Black Deer. It brings together all the elements of Americana culture in the most beautiful of surroundings that is truly inclusive and welcoming for all ages. If I really had to look at anything from the festival to consider, for me it would be with the reusable cups at the bars. I love the sustainability and am a big supporter of reusing, but they were more expensive than places that typically sell drinks in reusable cups and not only did they appear non-returnable but were not Black Deer branded. If you are charging more, it would be nice for people to have a genuine souvenir specific to the weekend.

We are already looking forward to next year as this festival has such a great vibe, the community and family inclusivity is second to none and the organisation from Gill & Debs who organise the festival and the incredible media team at Sonnet who were so proactive, helpful and accommodating really felt such a pleasure to be working with.
​
Black Deer will return to Eridge Park in 2023 on 16th, 17th and 18th June with very limited Early Bird tickets available HERE whilst you can find all the latest on next year’s festival by checking out their WEBSITE or getting social on INSTAGRAM TWITTER or FACEBOOK.