It had been three years since the country music community last came together for a huge celebration of the genre as Chris Stapleton closed out C2C 2019 in London with his encore of “Sometimes I Cry” then for 2020 and 2021, fate and the world had other plans. Even on Wednesday night at a showcase event that I attended, there was this tiny part of me thinking we were here in 2020 and I needed to be in the Indigo seeing people on stage at the CMA Songwriters Series before I knew I wasn’t dreaming. Then the whole weekend went by with so much haste and we were already counting down the days to Country 2 Country 2023.
​
I don’t think I realised how much I had properly missed it until I was walking through Hyde Park on the Thursday lunchtime after I had just spoken to Caitlyn Smith at Sony and I got quite emotional because this event means so much to so many people. We had a global pandemic that severely affected our livelihoods and tragically took many lives, but the fans and community not just missed live music but missed each other’s companionship. The American and Canadian (also Australian as we are definitely not forgetting the Seaforth guys – Is it too early in the piece for a GET IN?) had not had this opportunity to either experience the mythical beings that actually listen to their songs and I mean ALL of their songs, the UK artists who had lost that platform to sit on par with the guys from Nashville for a weekend and for all the performers be able to share new music and gain new fans. 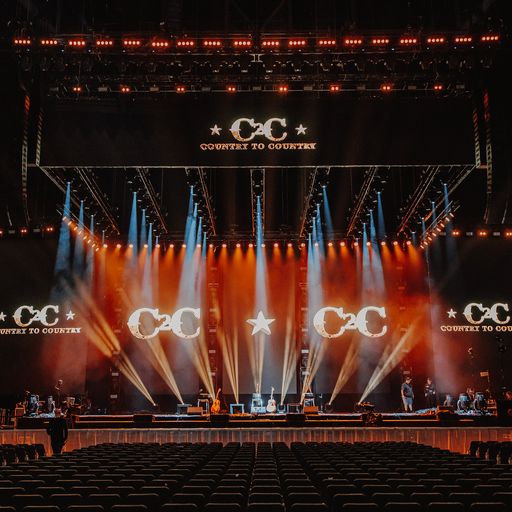 Credit - Luke Dyson
​As far the arena shows themselves, which is what a lot of people’s focus is directed towards, I can only really talk about Friday as it was the only night that I went in. Yes, Luke Combs bringing Ed Sheeran out on Sunday grabbed all the headlines and yes, my social feeds absolutely blew up as Darius Rucker had our good friend Lucy Blu come out on stage to represent UK country music, but I didn’t see it and anyway Miranda Lambert is and always has been my favourite artist and she was as incredible as ever. It has been a while since she had been over here, so to hear the songs off “Wildcard” for the first time and especially to be the first people anywhere to hear some brand-new songs from her upcoming ninth solo studio album “Palomino” (which is due for release on April 29th) just felt so good in the midst of her stacked set of all of the hits. 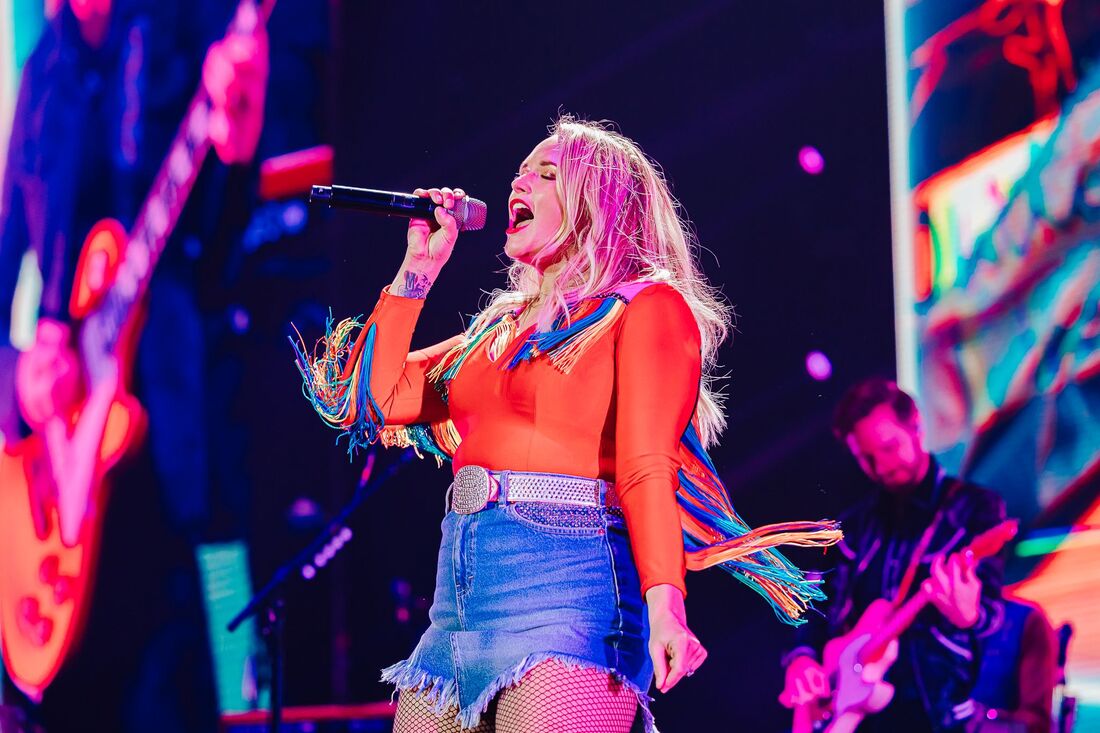 Credit - Luke Dyson
​Her headline set had the joy of following up a guy who so many fans over here think should be headlining in his own right! I was pretty late to the party in comparison as far as really appreciating Kip Moore but man, he is so good live. The energy, the hits and that amazing voice. What is there not to love with pure singalong magic from start to finish, where he played a cover of the Tears for Fears classic “Everybody Wants to Rule the World” in addition to crowd favourites like “Wild Ones”, “She’s Mine”, “The Bull” and ending with the incredible “Last Shot”. 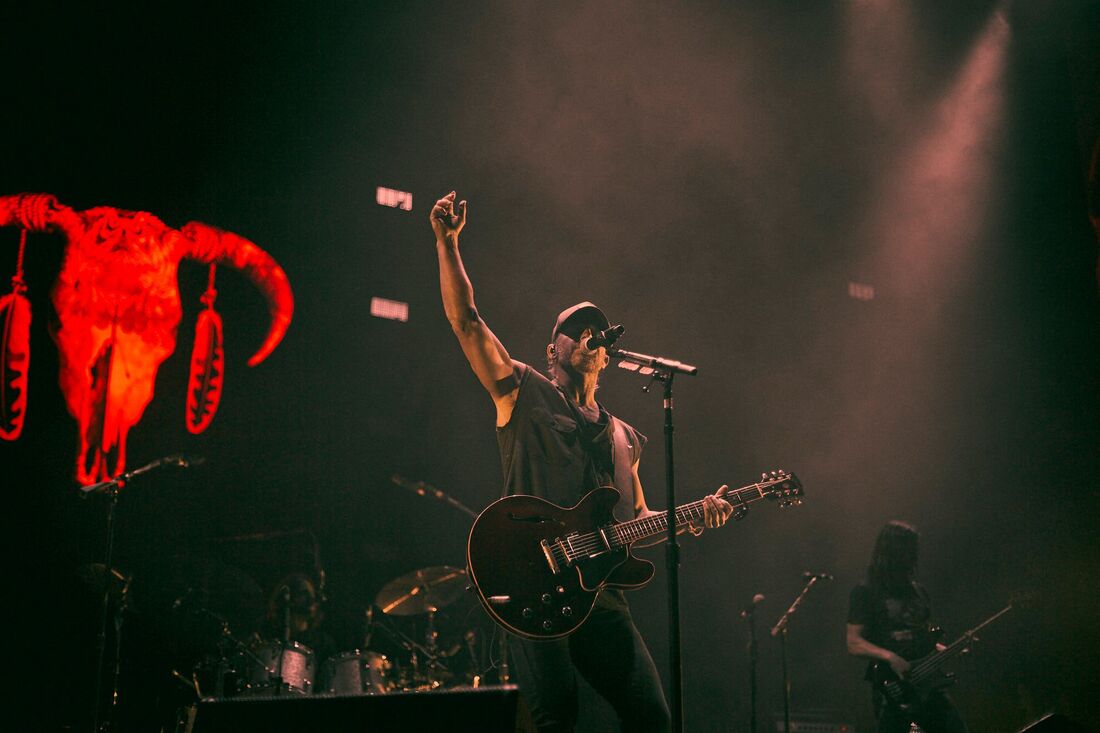 Credit - Ruby Gaunt
​However, the standout performance of the night, which as we were so hyped for seeing Miranda and Kip, that Russell Dickerson almost slipped under the radar. I remember first seeing him at Nashville Meets London in Canary Wharf a couple of years back where I recalled being really good and full of energy but WOW this guy was genuinely born to entertain! He got the party going and it did not stop as the intensity must have come close to the venue needing further repairs to the roof because the whole set was electric, and he even brought Charles Kelley from Lady A out to perform “Home Sweet” with him. The tickets for his tour later this year will be like gold dust and should be a must on any fans calendar. 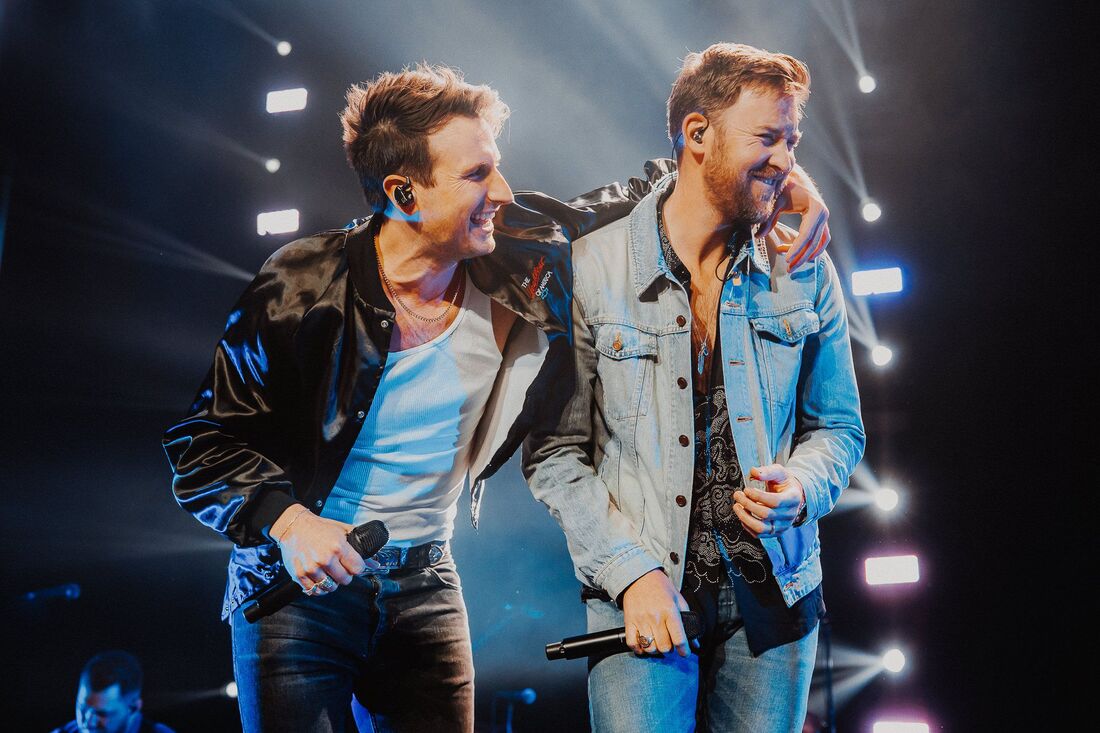 Credit - Luke Dyson
​This concludes the first part of our account of the weekend so make sure you watch this space as we will be giving you the lowdown on the CMA Songwriters Series, highlights of the performers away from the main stage and our overall observations of the festival. C2C: Country to Country will return in 2023, taking place between the 10th and 12th of March with very limited early bird tickets for London and Glasgow available now on their WEBSITE where you can find more information about the festival or you can keep up to date socially on INSTAGRAM TWITTER or FACEBOOK.