The C2C Sit Down with Everette

Brent Rupard and Anthony Olympia are a duo from Bullitt County in Kentucky. They take their name Everette from George Clooney’s character in the Coen Brother’s iconic ‘Oh Brother, Where Art Thou?’ and collectively they create a fun and gritty modern take on the blues which is laden with feel good indie vibes to generate a really fresh and creative take on country music. The duo is signed to Broken Bow Records and in a further nod to the origins of their name they have recently released their version of “Man Of Constant Sorrow” which you can listen to HERE. The duo is about to head to London for the first time to play Country to Country and ahead of the trip we took some time to get to know Brent and Anthony over Zoom.

You guys were originally due to play the C2C that never was back in 2020. Did you actually manage to get over here before the world shut down or did you guys have one of those stories of landing at Heathrow and pretty much turning straight back around?
“We actually booked our trip to come a little early. Brent and I brought our wives, or I should say they graced us with their presence out on the trip. We went to Scotland for a few days as a little vacation, then on the morning that we were supposed to be getting to London and plugging into everything, we ended up being planes trains and automobiles all the way back to the States.” - Anthony
​
With all the effort with no avail last time it must feel even more exciting to be coming back next week but what is it about the UK market and European audiences that is so enticing for you to be dipping your toes in the water?
“We can’t wait man, ever since we got shipped back last time, we’ve been itching to get back.” -Brent
“We’ve heard nothing but great things. Here in the States, it’s so damn competitive and I don’t mean to talk bad about our people, but it can be very challenging to get people’s attention here. We hear that over in Europe and the UK that people are more welcoming with open arms and just glad to listen to the music. The whole world should be that way, right?” – Anthony
Your band name is taken from George Clooney’s character in “Oh Brother, Where Art Thou?” but what specifically drew you guys to be connected with the film and character to name your band after?
“To be completely honest, at first it was out of desperation because we didn’t have a band name but had all the songs, label interest and management stuff. It became where we were putting so much pressure on coming up with the greatest band name of all time then we were in the studio recording some songs and took a little break, we put on the movie “O Brother, Where Art Thou?”. Also, George Clooney’s character is Ulysses Everett McGill, he’s from Kentucky and so are we which was one thing then number two was we just think we can relate to the vibe of that movie. It’s kind of dusty, organic and genuine but also the Soggy Bottom Boys went through one heck of a journey to get to the end of the movie, and we’ve been playing music together for sixteen years so have been on a rollercoaster ride of a journey.” – Brent
“I think a lot of it too is that a lot of the stuff with them, they just kind of happened upon in their success in their story. They were just putting one foot in front of the other and something good happened like when they came upon that recording station and got offered like ten dollars apiece and were like well, we need money so let’s do that. In mine and Brent’s story, music has always been first and definitely our brotherhood, our community just feels like the more that we lean into that good things, whatever that means happen.” - Anthony

You had said that you both are from Kentucky, where did you guys meet and start the project initially? Was it back in college?
“We met back home, and we were both going to different colleges at first. We started writing songs together and I think we both just respected each other’s talent and perspectives then we realised that we had something here to explore a little bit more. We thought let’s move away from home, closer to Nashville but not quite there and finished up school at Western Kentucky University which was really where we cut our teeth playing our songs in front of people as well as all the free beer you can imagine which when you’re twenty-one is the greatest thing ever.” – Anthony
​
Going back to the Coen Brothers film, you’ve recently put out your version of “Man Of Constant Sorrow” which is synonymous with the Soggy Bottom Boys in the film and the real man behind the voice was Dan Tyminski but I’m guessing that this is a song that you have been performing on the road for a while as a way to help tell your story?
“Yes, we’ve been playing that song for a while. Especially when we do our acoustic sets like we are going to be doing when we are over in the UK next week. We get asked how we came up with the band name all the time and it’s a great way to explain. Most people ask is that somebody’s Grandpa or family name, so it works for that. We actually did a video with Dan Tyminski right when we came up with the band name and we were writing some songs with him then asked if it was cool if we did a verse/chorus of that song so that’s out there rolling around somewhere.” - Brent
You put out what sounds like it is the first part of an album in October 2020 which was the wonderfully titled “Kings of the Dairy Queen Parking Lot: Side A” so where are we with Side B and is it likely to be on the way soon?
“October 2030, we will release the other half! No, we’ve been itching to get the other half out, but the world has seen its share of challenges in the music industry. We’ve tried to stay busy and all of that kind of stuff, but we think this year, Side B will definitely come out. We recorded the whole thing in about a month back in the beginning of 2020. It was a magical experience making that record with Luke Laird and when it comes to release strategies, which is always funny to think you need to strategize rather than just getting the music out there. We had fourteen songs which is now fifteen because we added another one on there, so we thought let’s do half now and half later to give more ways to peak everybody’s interest. I’m kind of glad that we did it that way but at the same time, we’ve written so many songs since we’ve recorded this record and I’m ready for Side A of the next record.” – Anthony
​
Then lastly after C2C, how is the rest of 2022 starting to shape up for you guys?
“The calendar is starting to fill up. We’ve got a few festival dates and it’s like little map dots popping up over the summer and most things are kind of tentative because it’s all dependent on routing.” – Anthony
“Well, what’s on my mind right now is that we’re playing the Opry for the second time tonight which is amazing and then obviously we are heading over to you guys next week before some dates with Brothers Osborne and after that we’re not sure yet. Things are starting to pop up left and right, we’ve got a few shows that have just come in and our goal this year is to put out our single which will be out March 11th, then get Side B out and be in front of people, bringing music to them as much as we can!” – Brent 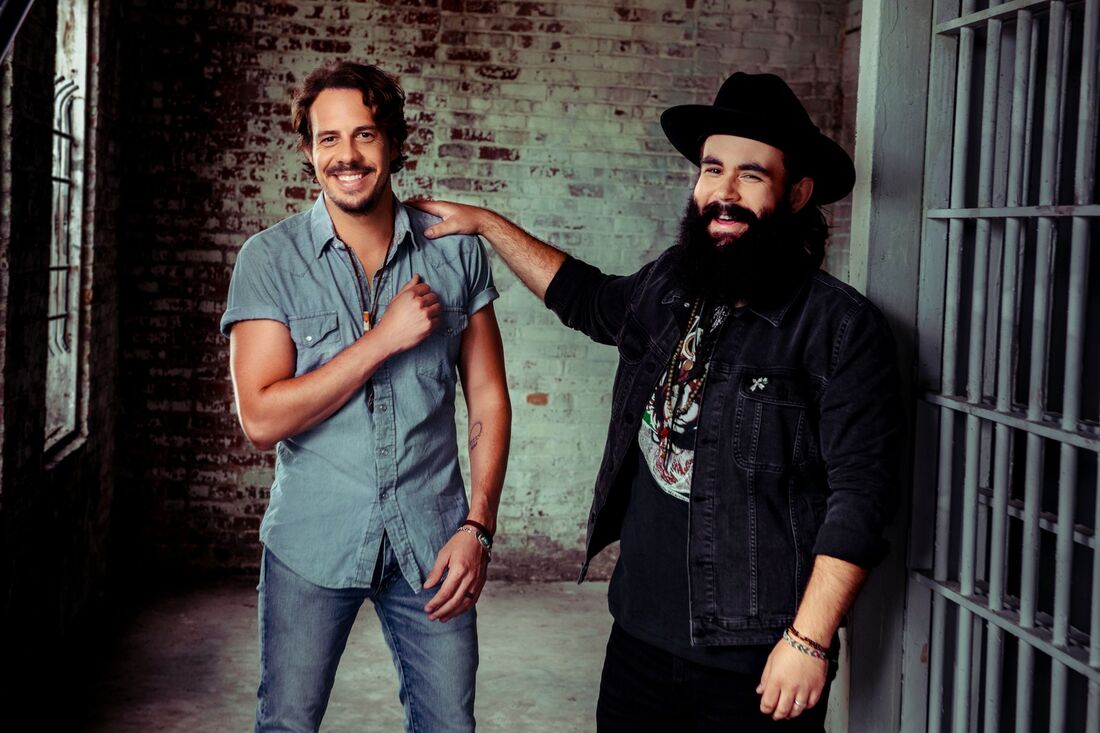 The current single from Everette is their version of “Man Of Constant Sorrow” which is out now and available to listen to HERE. Brent and Anthony will make their UK debut at Country to Country at the O2 Arena in London where they will be performing on the Big Entrance Stage and The Town Square on Saturday March 12th then will also be appearing on the Garden Stage on Sunday 13th March.

​For more info on C2C, head HERE and to learn more about the guys you can check out their Website and you can keep up to date with them socially on Twitter Facebook TikTok & Instagram.