The C2C Sit Down with Laci Kaye Booth

After announcing herself to American audiences back in 2017, where she reached the top 5 of American Idol’s season 17, Laci Kaye Booth looks set to continue this on our side of the pond after her UK debut during Country to Country. Now signed to BMLG Records and a member of this year’s CMT Next Women of Country class which also includes fellow festival debutantes Callista Clark and Morgan Wade, the Texas native is really making strides with her first radio single “Shuffle”. Prior to the festival, Jamie spent some time chatting with Laci to get her first impressions of the UK and what else is in store from her in 2022.

Her sound is very dreamy which if you are unfamiliar with her music, I would use Sarah Darling and her Dream Country project as a guidepost, but her voice is angelic which really is so nice to listen to both when she sings, and you talk to her. Then being from Texas, it will not surprise you that the Southern charm comes out in abundance.
​
She was aware of what to expect from the UK audiences being more attentive and having a love for the stories behind songs, but we had briefly touched on how an audience being so quiet is actually a really weird feeling as it is so unfamiliar that the audience reaction is difficult to gauge as she had noticed at the showcase the previous night. The one song in her locker that you will instantly fall in love with and get stuck in your head is her first radio single “Shuffle” which is one of those song title songs but purely pays homage to female artists.
“It was actually a funny story. I was on my way to write the song and I didn’t really have any ideas which always makes me a little stressed. I was in the car and Stand by Your Man by Tammy Wynette came on the playlist that I was listening to and I had this really vivid memory of my Grandma dragging out her karaoke machine on her back porch as she always had these karaoke parties and would sing Stand by Your Man and dedicate it to my Grandpa who was pretty wild back in the day, so it was truly her song to him. I just remember thinking dang, what’s my song to my person? I said I’m somewhere between Stand by Your Man and Goodbye Earl, jokingly but I thought it would be a good song idea and brought it to my write where my co-writers said let’s make it one of those song title songs. I think Thomas Rhett’s had just come out and Old Dominion’s too, so I thought a way to make this different was all female song titles in country music and that was dear to my heart.”
There is big difference between her being a new artist to the UK audience compared to when she was launching the EP in the States and that is, she genuinely is working off a blank slate here because American Idol where she was first placed into the spotlight is not as widely seen here as it is back home, so she gets to just be a girl from Texas playing in the UK for the first time.
“It really is. I feel like coming of Idol I was a certain person on there and they dressed me a certain way. They were so great to me but starting here fresh, I think I’m really going to enjoy how people gravitate towards my music and what songs they gravitate towards.”
​
Although post Idol, Nashville is her home and where she is making her music, but she was raised playing music in Texas which has its own country scene. Her father Jody Booth is well established artist down in Texas and Laci spent a lot of time opening and playing shows with him in her teenage years, so I asked about whether someone who has been part of both scenes she really does see them being different?
“I do see a difference, I think Texas country is more outlaw. They do what they want and give you exactly what they like, and people appreciate that. I think in Nashville, a lot of it is more commercial but there is still a lot of really good and really authentic music in Nashville too. I enjoy them both and I’m glad that I got to be a part of Texas too.”
However, it appears Nashville was always the goal for where and how she was wanting to make her music:
“Absolutely, I think I was seventeen when I graduated high school and I told my parents that I was moving to Nashville, and they said no you’re not, you have to get a degree first. I was in college about two semesters away from graduating before I tried out for American Idol and dropped out.”

Nashville brought her to Big Machine Label Group and also to Dann Huff who was the producer of her self-titled debut EP.
“I love Dann so much. First of all, he is the kindest person ever and he can do anything in the world. He played guitar on Michael Jackson tracks, Celine Dion tracks and just being in the room with him to experience what a creative genius he is feels incredible.”
​
When we spoke, she hadn’t had the chance to get the full tourist experience yet as she was really excited to see Buckingham Palace and do some shopping but the following morning her manager had a route nicely mapped out for her where they did some filming with a videographer which I am sure they will be doing something wonderfully creative with very soon. They had already worked out that Starbucks tastes a little different here (always enjoy chatting to people when coffee talk is fully on brand from both sides) but luckily ahead of exploring London, I was able to brief them on the real etiquette and potential faux pas of standing on the wrong side of an escalator or making eye contact on the underground. 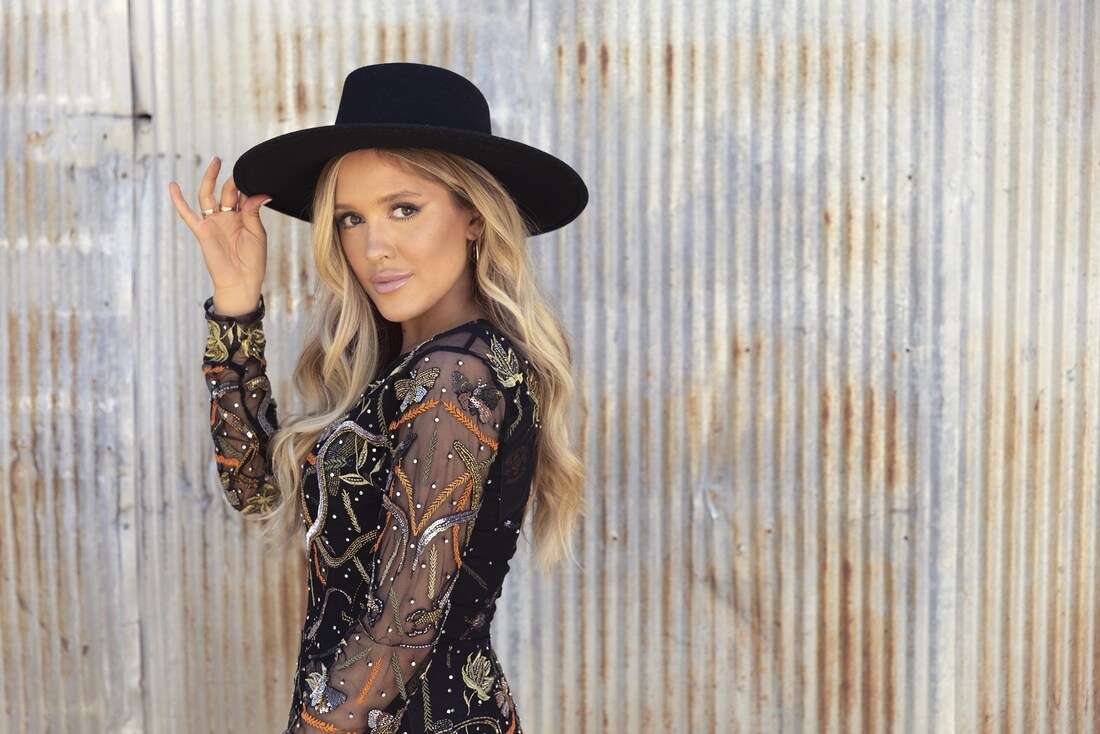 Laci became one of my favourite artists that I saw over the C2C weekend and even though I knew who she was, I had listened to, spoken to her on the Thursday and researched her background before, I didn’t really know what to expect or would have ordinarily been an artist I would have planned my day around in advance going to see multiple times, but I did! I would in this context say she was my biggest surprise or discovery of this year’s festival and I in no way mean any shade by using the word surprised, I mean that she was an artist that I gravitated and connected with more than I thought I would. Her voice is almost Sirenic in the way that it lures you in an entices you with its purity and then she just lays on that southern charm as a storyteller, where her joyful reaction to people knowing and wanting to hear songs was so genuine. Luckily, she tried one or two new ones over here and the good news is that things are on the way.
“I’ve been playing some new music, I’ve been playing shows and trying to get an idea of what everyone likes then hopefully can go and record it very soon.”
​
The self-titled EP from Laci Kaye Booth is out now through BMLG Records, and you can listen HERE. For more news on her upcoming Stateside tour dates, you can check out her WEBSITE and you can keep in touch with Laci socially on INSTAGRAM TIKTOK TWITTER & FACEBOOK.