The C2C Sit Down with Tiera Kennedy

​The bright light of music city came a calling to Tiera Kennedy for the first time in 2014 and after now calling Nashville home for the last four years, she made her next big journey but this time over to London for the first time where she opened up Europe’s largest country music festival.
Since her move to Nashville full time, Tiera has played the grand Ole Opry, been a big part of the weekly iconic female writers round Song Suffragettes, been signed as flagship songwriter to Nicolle Galyon’s Songs & Daughters Publishing, has her own radio show on Apple Music, was named in CMT’s Next Women of Country class in 2020 (which also included her labelmates Abbey Cone and Avenue Beat along with fellow C2C debutants Hailey Whitters and Walker County), then last year signed her recording contract with Valory Music Co.
Ahead of her first European shows in London, Glasgow and Dublin during Country to Country as part of the Introducing Nashville show alongside Morgan Wade and Priscilla Block, Jamie got to hang out with Tiera and get to know the Alabama native and find out what the rest of 2022 has on the horizon for her.

My first-time seeing Tiera during her trip over was at a special showcase on the Wednesday before the festival and we caught up a day later, so we began talking about her initial impressions of a land where we drive on the correct side of the road and tea tastes very different to how it does back home in Alabama.
“I’m enjoying it and it’s really fun, I’m already trying to get back. This is my first time, but I’ve done all of my research, I follow this vlogger named Lydia Millen and she lives in London, so I feel like I just follow her life. She lives out in the countryside, so I feel like it’s a little different from being in the city, but I’ve got this list of food places to try. We went to Dishoom which is an Indian place (and very, very nice may I say) that was really good, but I want to head to The Ivy, and I haven’t been there yet.”
​
The big surprise for me after I spoke to her, was that merely hours later she would appear during the CMA Songwriters Series show that acts as the appetiser to C2C, where along with Everette, Morgan Wade and Priscilla Block she would join the round for one song in a revolving firth seat. This was something that was new this year and something I was a really big fan of. The following night she would open the main stage of the festival as part of the Introducing Nashville round which would also feature Priscilla and Morgan who were three of the thirteen women performing in the arena in London, compared to only ten male artists or bands. Statistically this is incredible but to instantly feel the warm reception to female artists must feel so refreshing.
“It is. There are just so many amazing females in country music and we are all so different, we’ve all got our own lane and that’s what I’m really excited about with playing with Priscilla and Morgan because we are all so different, so it will be a really great set that is a blend of different sounds.” 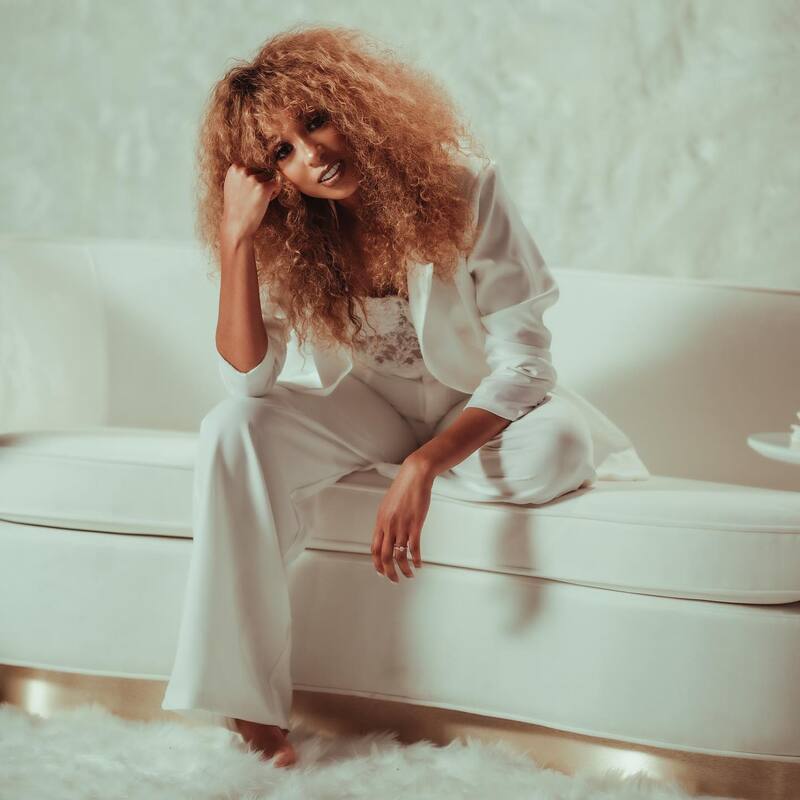 Whilst many first-time tourists to these shores will have heard about playing to European audiences and the attentiveness is a wonderful blessing for artists, it is something that a lot of people say initially takes some getting used to, where the silence in crowds does almost make people wonder if they are doing something wrong.
“Yesterday I played a show and those were my exact thoughts. Is this actually good or are they actually liking it because they’re not responding but it was because everyone was actually listening. As an artist we write songs and play songs for people to listen, so it felt great.”

For Tiera, her rising journey in Nashville terms has happened very fast as it is a “ten-year town” after all.
“I moved to Nashville four years ago, so it really hasn’t been that long. I’ve been super grateful to have a lot of amazing champions around me that just kind of create opportunities for me and introduce me to a lot of people. It’s a ten-year town but I’ve only been there four years and things are looking great which I give a lot of credit to the people around me for that.”

One of these big champions has been Nicolle Galyon who offered Tiera her first publishing deal and Tiera now sits as the lead songwriter with Songs & Daughters, but every story has a beginning:
“We actually met through Sam Jervey, she works at Big Loud who is also a partner with Songs & Daughters. She invited Nicolle out to a show of mine and Nicolle heard some of my music, then we started talking back and forth, I was sending her songs and then I remember she called me when I was at the gym one day offering me a publishing deal! Needless to say, I did not finish my work out that day because I was too excited.”
​
Another of her key circle is her collaborator and producer for her last extended release, Cameron Bedell. The artist and producer relationship is really key in the way stories come to life, so we talked about why the two of them worked so well together.
“The first song that I wrote with Cameron Bedell was actually Found It In You, that was the first song where I feel I really found my sound with him. He had never produced an artist before, so it was a new experience for both of us, but we just really worked so well together and really understand each other so he’s like my big brother now. It’s fun getting to create music together, in terms of music we had similar upbringings with the R&B, country and all of those influences so we just have a lot of fun in the studio and in the writers, room creating music.”
Looking ahead to new music as it has been a little while since she put out her self-titled EP, we got a little teaser of what we may be hearing from Mrs Kennedy very soon.
“There is a song on the EP that I really loved and didn’t really get to give as a big a spotlight that I wanted to as an independent artist, then now with my record deal with Valory we are doing it justice and really giving it the life that I wanted to give it the first-time round. Then we have got some other music that I have been playing and testing out with some fans that everyone has been loving. I’ve got a great list of songs that I’m so proud of that really help tell my story so I can’t wait.”

I personally think that this is really cool. Songwriters pour their heart into songs and if something feels so special, you really want to see it get its moment. This is especially relevant given the consumer nature of the music industry where an album or an EP tells the full story but bringing music out in one go can mean that some of these songs don’t get that moment.
“I feel like as a fan I really treasure bodies of work and the whole picture together as opposed to just putting out as much music as you can, I really like to take my time. Songs are like our babies and I want to make sure I do it justice so I can’t wait for people to see what we have got planned for that song.”
​
In addition to writing music and performing as an artist herself, Tiera also is a very familiar radio voice on Apple Music with The Tiera Show which is an equally cool project for her.
“So, I was doing a podcast with my husband. During Covid we just needed something to do, so along with the rest of the world, we thought let’s do a podcast. We just started talking about engaged life then Apple Music heard that and asked me if I wanted to do a radio show. At first, I was like are you sure because I don’t know what I’m doing but the more I did it, the more comfortable I got and the more fun I had. It’s Monday through Friday, so it’s an everyday thing and it’s a lot of fun. The nice thing about it is we can pre-record some episodes which we do every now and again, but it’s been interesting doing music and the radio show, but I have great producers and we make it work.”
Down in Alabama there is one thing that matters more than anything else. College football is bigger than life itself and you are brought up either War Eagle or Roll Tide. Auburn is my adopted college team because I was a Cam Newton fan when he was playing for the Tigers and I started getting more into football over there, but we ended our chat with me finding out that Tiera (sadly) follows the Crimson Tide. This is pretty much the only imperfection I can find with Tiera Kennedy as she’s a killer songwriter with a beautiful voice and is such a warm, engaging person that we really look forward to hearing and seeing more from.
​
The current single “Gentleman” from Tiera Kennedy is out now which you can find HERE. You can also listen to The Tiera Show on Apple Music HERE and keep up to date with Tiera through her WEBSITE and following her socially on FACEBOOK TWITTER INSTAGRAM TIKTOK