The Sit Down with Caroline Jones 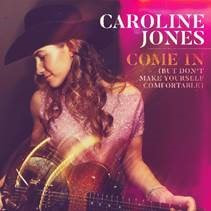 The last twelve months has been an experience like no other. It has brought challenges, it has brought sacrifice, it has brought reflection and allowed people to take perspective of what is happening in our own lives and universally on the planet. As a songwriter these are raw emotions and feelings to latch onto which could be brought to life in song and we all wish we could have been able to spend time on an island and escape the world being surrounded by beautiful scenery. This is exactly what has been the case for Caroline Jones who has been working on her sophomore album in the beautiful surroundings of New Zealand.

Her debut record “Bare Feet” came out back in 2018 and she gained her first real introduction to fans in the UK during the last Country 2 Country festival that took place in 2019. Jones has worked with and played shows with some of the biggest names in music including Zac Brown, Jimmy Buffett, Kenny Chesney and Ryan Tedder along with his band OneRepublic where she has been able to combine her talents as a multi-instrumentalist, energetic live performer and wonderful storyteller to create a creative and exciting blend of country-pop music.

Moving into the year 2021, there is new music on the way which will include the follow up to her first record that will be on the way later this year but begins with her new single and sassy toe-tapper “Come In (But Don’t Make Yourself Comfortable)” which is out now and you can listen to HERE. We recently had the opportunity to shoot some questions over to Caroline to learn about the latest single, some insight into her upcoming sophomore album and hear about her time in New Zealand:
Hi Caroline, hope you are well and thank you for taking the time to chat with us. So, New Zealand? How are you enjoying your time in such a beautiful country?
“My time in New Zealand has been one of the most rich, formative and fulfilling chapters of my life so far. Totally unexpected as well, in keeping with this crazy time! I have been here for six months, finishing my second record and exploring this stunning landscape.”

I remember from when I met you in London, when you were over for C2C, you talked about how much you appreciated nature. How has this new frontier been able to influence you as a songwriter, working on new music?
“Great question! I moved to New Zealand last year knowing exactly one person. Immersing myself in a completely new lifestyle and landscape has influenced me in ways that I’ll still be realizing years from now. All I know at the moment is that this experience has been wholly beautiful, inspiring, and completely new. I will leave New Zealand a more steady, more humble, more grateful, and more adventurous person. I’m also very happy to be able to document my time here in records and music videos and showcase the talent and beauty of New Zealand.”

We are incredibly excited about hearing new music and you have just dropped your new single “Come In (But Don’t Make Yourself Comfortable)” which is super fun to hear! Can you tell us about the inspiration behind the song along? How did the song come to be written and recorded during these strange times that the world now presents us?
“As a songwriter in country music, you are always primed for the turn of phrase that hasn’t been written yet. Turning a colloquialism on its head is one of the most beloved country lyric tricks in the book. I blurted out “Come In (But Don’t Make Yourself Comfortable)” in the studio one day as a joke, and immediately thought it would be a great title for a country song. I wrote it as a very tongue-in-cheek, sassy lyric; again, it began as a joke, so I kept the drama and playfulness dialed up to 10! We tracked “Come In” in Nashville in August, then I finished the overdubs in New Zealand in the Fall.”
​
This single release is a lot more quote/unquote “traditional country” sounding than a lot of your previous releases where you have expressed so much creativity particularly in the melody and production. Is this a fair reflection of what we can expect from future new releases and a follow up to “Bare Feet”?
“’Come In’ is one of the more traditional country songs I’ve written — right up there with “Country Girl” from my first album. I’d say my forthcoming sophomore album, like “Bare Feet”, straddles the country-pop line stylistically. I love listening to and creating many different kinds of music — I grew up singing opera and jazz, listening to classic rock, soul, and the great 90’s vocalists, and fell in love with country music in my late teens. All these influences have a place in my heart and are present in my music. My forthcoming album consists of a blend of pop, country and singer-songwriter styles.”
Given your touring experiences and the state of the current situation in the world, do you feel it is important for new music to reflect who you are right now, as much as the journey that brought you here musically?
“Well I think it is not only important, but inevitable. One’s past and present are inextricably connected. That said, I feel more excited than ever about my growth this past year, both as a human being and an artist. Falling in love and moving across the world. That evolution certainly reflects in this new music, and I am excited to see the ripple effect on my creativity for years to come.”

Looking forward to new music, can you give us a cheeky little insight of when it may be on the way and who you have been working with to pull it together?
“I intend to release my sophomore album in early Fall! I’ve been working with the same team I made Bare Feet with: Ric Wake, my co-producer (Mariah Carey, Whitney Houston, Celine Dion, Trisha Yearwood, etc.); Gustavo Celis, recording and mix engineer; and musicians Nir Z and Glenn Worf. We’ve also added some wonderful musicians to the mix this time as well: Nashville session players Danny Rader, Jason Roller, Tony Lucido, Mark Hill, Derek Wells, and David Dorn play on several songs.”

When we chatted before, we talked about your time on the road with Kenny, Zac and the legendary Jimmy Buffett. There is no doubt you have learned so much from them. What would you say to artists starting out that would be fundamental to try and refine as a writer and a performer?
“Your uniqueness is your biggest obstacle until it is your biggest asset. Know that and stick to your guns. Learn from others, and listen to their perspective, but ultimately choose to be boldly and brazenly yourself. Stoke the fire of your artistry with great commitment and consistency, and ultimately others will take notice of the way you shine. Let your art speak for you. Focus on your crafts and play live. Take risks.”

Lastly, New Zealand is on my absolute bucket list of places to visit and is almost as beautiful of a country as our own here in the UK.  How important is it for you to try and be a pioneer to bring the genre to these frontiers and grow your brand outside of the United States?
“Great question!! I love playing music live. I have dreamed of being able to put on my own tours since I was a little girl. I would absolutely love to be able to share my music with and inspire folks all over the world. Building fanbases around the world is simply a matter of organization, teamwork, commitment, and then putting the travel time in. It’s easier now than it has ever been because of social media. For me, it is a joy and a privilege to perform to people in other countries and cultures, and it is something I will make a priority as my career continues to blossom.”
​
The latest single “Come In (But Don’t Make Yourself Comfortable)” from Caroline Jones is out now, which you can find HERE and you can keep up to date with Caroline on her Website Facebook Twitter Instagram & YouTube 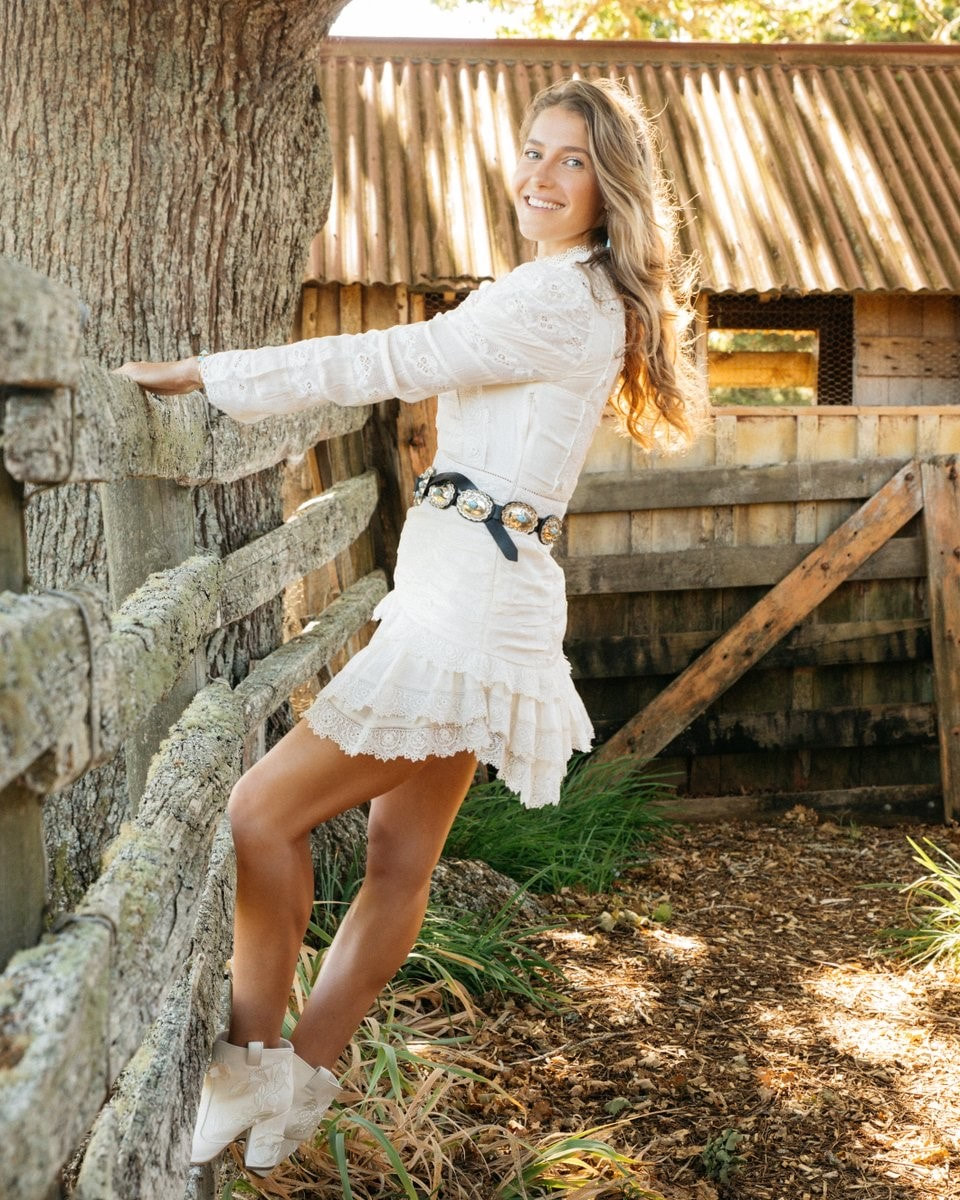