The Sit Down with Charley Crockett

When you hear about musicians that have been well travelled or have seen it all, Charley Crockett really has! Born in San Benito at the south-eastern tip of Texas, close to the Mexican border, Crockett has called Dallas, New Orleans, New York, Northern California, Austin, Paris in France, Spain and even Morocco as the place that he lays his hat. Beyond that, his story is something that belongs on a movie screen but he has released his second album of 2021 “Music City USA” through Son of Davy/Thirty Tigers (available HERE) which is his tenth recording in just six years! We last saw Charley at The Long Road Festival back in 2019 but ahead of the release of his new record, we had the opportunity to chat to him and hear all about it.
“We’re in Boston, Massachusetts playing a little a club here tonight. I’m based in central Texas just outside of Austin now. There’s a lot of things where maybe I have a lot of shortcomings but you can’t say I’m not a well-travelled man. You can’t accuse me of someone who hasn’t seen anything because I’ve seen a lot.”

This is Crockett’s third release since the onset of the pandemic which is also his tenth recording in six years so the process must have had some changes compared to his previous releases:
“Probably during the pandemic, I learnt a little bit more about how to promote my records more than anything else. My whole programme has always been playing the live shows but without that and through the pandemic I learnt a little bit more about how to get word out. I’ve always spent a lot of time recording but not always spent as much time actually recording it, so I realised it’s ok to spend a little bit more time in the studio. This record “Music City USA” I spent more time on making it overall, which still isn’t a lot of time but was a lot of time for me as I put in more hours in the studio and maybe thought about it a little more about writing songs.”
​
As a guy that relentlessly plays shows and is constantly touring, releasing music during the pandemic must feel really alien due to it not being as easy to play these songs on the road:
“It is strange. I put out a record last year called “Welcome To Hard Times” and we didn’t tour that record at all, we literally did not play any of that stuff as it rolled out and that’s never happened to me before but although it felt strange it outsold anything that I had ever done before! There’s a lot to unpack for an artist like me to have a record shatter all of your milestones that you’re not touring. I’m a guy that’s used to playing every night of the week and there’d never really been any money going into marketing the record, publicising and promoting. We had never announced a gig more than sixty days out so coming into “Music City USA” that stuff is changing a little bit, I can feel the work that people are doing and the word is getting out better.”
The term “Music City USA” is typically associated, particularly in country and Americana with Nashville. However, despite being a well-travelled man, Nashville is not somewhere that Crockett has ever called home but he is a very familiar with the wide scope of music scenes across the United States:
“You have New Orleans, Memphis, Dallas, Austin, Houston, Chicago, the whole of the west coast and all of these places. That’s why I wrote it, when I originally started messing around with the title of the song, I was thinking about Kitty Wells writing “Heartbreak U.S.A.” and Bruce Springsteen “Born In The USA” because a lot of young people have no idea that Music City USA has any connection to Nashville unless they happen to be from there. I do a lot of business out of Nashville. My agent is in Nashville, although he’s a Texan and Thirty Tigers, my label partner is out of Nashville so I do a lot of business out of there but I’m a Texan and I’ve never lived there. I do enjoy my time whilst I’m there but I don’t stay very long so in some ways the song has everything to do with Nashville but at the same time has nothing to do with it at all. For someone like me who hitchhiked across the country and tours this country for a living, wherever I am, that’s Music City USA. Wherever a person is going to hear this album, wherever they’re sitting in their town, that’s music city to them. Although, it’s not a knock against the city at all. What it’s a knock against is the scenesters, the hucksters and the people who quickly try and get something from Nashville without anything to say, without having done any work or without putting in the time.
Given the success of last years “Welcome To Hard Times” album along with his hardworking reputation and individual style, it must feel good to see releasing music his way gives him the freedom and is coming to fruition:
“I’m very fortunate to have built it up, I took the long way and I knew a long time ago, I knew when I was twenty-two years old that it was going to be like that. That paid off big in what I’ve built, I put these records out my way and when you do it your way, you say it how you want to say it. The challenges that Nashville faces are the same challenges that Austin, Texas faces and I would argue that best country music in the world can be heard in Austin which that same challenge is the massive growth that makes it difficult for true voices to break through. What I’ve always experienced anywhere and everywhere that I’ve gone, whether that be Paris, New Orleans, Nashville, Austin, San Francisco, New York, LA or any of these places, I always heard the same thing and especially in my twenties is that people say that you got there too late and the good times are gone. I turn around and say no, they’re not because I’m here now to do my thing right now. I know what they don’t, which is the good times that they talk about were built by people like me struggling from a difficult situation that know the good times are happening right now because I say they are. You need people like that, you have to have people saying that I’m doing my thing right now. My struggle and my past mean something or make people feel it then there’s no telling what somebody else might do because you threw it down from the way that you knew you could. I hope that there’s ten-thousand young people looking at me right now that are going to do something like what I’m doing.”
​ 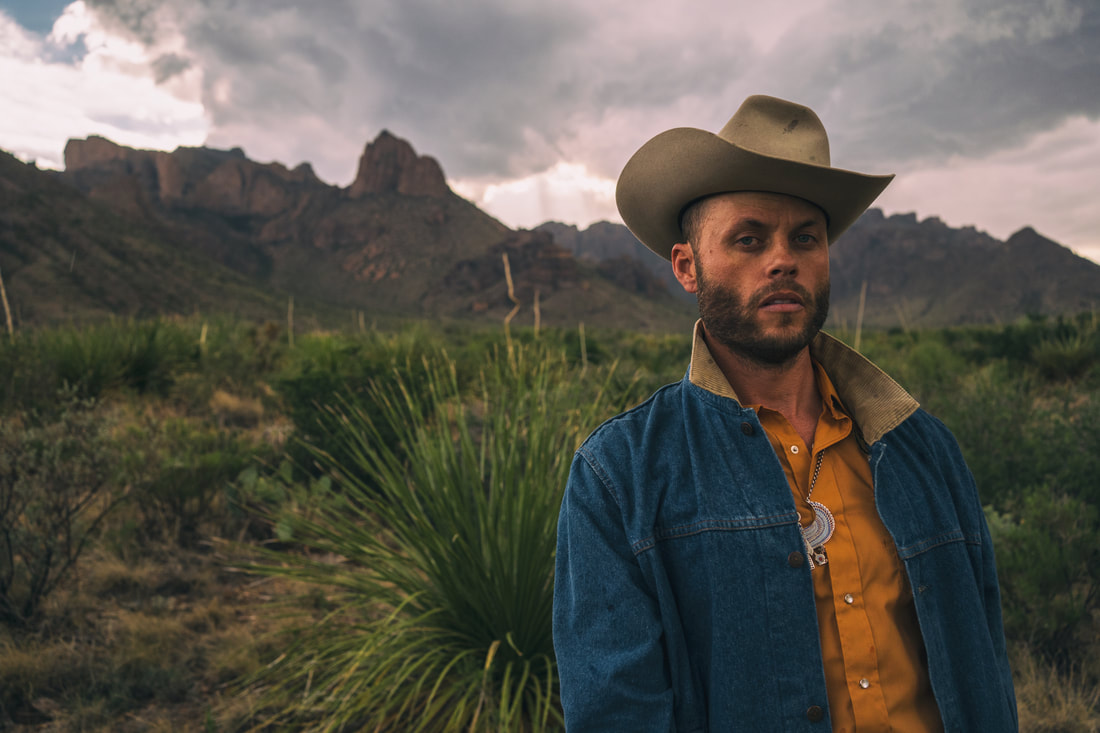 The new album “Music City USA” from Charley Crockett is released through Son of Davy/Thirty Tigers on September 17th which you can find HERE. You can find more information on his WEBSITE and keep up to date with Charley on TWITTER INSTAGRAM FACEBOOK
​