Chris Hillman to Release Memoir Time Between: My Life As A Byrd, Burrito Brother and Beyond 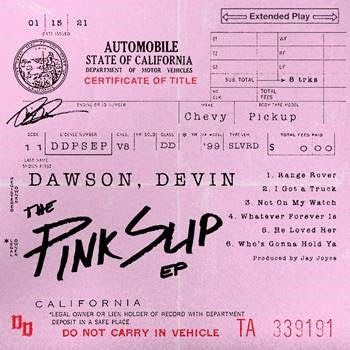 “This book brought back a lot of great memories,
​the humorous origins of the Byrds and subsequent adventures.”
—Roger McGuinn
​
“Without Chris Hillman acting as the connective tissue
between West Coast country music traditions and the rock ’n’ roll generation,
from Buck Owens to the Byrds, there would be no modern country music.”
—Dwight Yoakam

Legendary singer/songwriter Chris Hillman is set to release memoir titled Time Between: My Life As A Byrd, A Burrito Brother and Beyond via BMG Books out 17th November.

Full press release below:
​Chris Hillman is arguably the primary architect of what’s come to be known as country rock. After playing the Southern California folk and bluegrass circuit, he joined Roger McGuinn, David Crosby, Gene Clark and Michael Clarke as an original member of The Byrds. He went on to partner with Gram Parsons to launch The Flying Burrito Brothers, recording a handful of albums that have become touchstones of the Americana genre.

Hillman then embarked on a prolific recording career as a member of Stephen Stills’ Manassas, as a solo artist, and as a member of several groups that he insists sound more like law firms than bands: Souther-Hillman-Furay with acclaimed songwriter J.D. Souther and former Buffalo Springfield and Poco member Richie Furay; McGuinn, Clark & Hillman with two of his fellow former Byrds; and Rice, Rice, Hillman & Pedersen with Tony Rice, Larry Rice, and longtime collaborator and duo partner Herb Pedersen. As a songwriter, he appeared on the Billboard singles charts in four consecutive decades, and his songs have been recorded by a diverse range of artists, from Steve Earle to Patti Smith to Roy Rogers.

In the 1980s, Hillman launched a successful mainstream country group when he formed The Desert Rose Band with Pedersen and John Jorgenson, scoring eight Billboard Top 10 country hits. In the midst of his country success he was inducted into the Rock & Roll Hall of Fame along with the other original members of the Byrds. He has since released a number of solo efforts, including 2017’s highly-acclaimed Bidin’ My Time, which was the final album produced by Tom Petty with executive producer Pedersen.

In Time Between: My Life as a Byrd, Burrito Brother and Beyond, due out November 17, 2020 via BMG Books, Hillman takes readers behind the curtain of his quintessentially Southern Californian experience. Raised in San Diego County’s then-rural Rancho Santa Fe, Chris grew up in an idyllic 1950s environment that was filled with TV cowboys, horseback riding, exploring the outdoors, surfing, discovering girls, and falling in love with music. When his older sister came home from college with a stack of records by folk artists such as Woody Guthrie and Lead Belly, Chris was hooked. He soon fell in love with the bluegrass music of Bill Monroe, Flatt & Scruggs, and The Stanley Brothers, spending hours mastering the guitar and mandolin. Once the Beatles invaded America, the various aspects of his musical DNA came together that would eventually lead to him become a pioneering founding father of country-rock.

Written in an honest and unadorned style, Hillman’s memoir recounts his early experience in bands like The Scottsville Squirrel Barkers and The Golden State Boys, which included future country music legend Vern Gosdin. He shares the story of getting his hands on a borrowed bass — an instrument he’d never played — to try out for the Byrds, and offers up details on why Miles Davis was responsible for their success. He shares about the moment the Byrds were nearly axed from The Ed Sullivan Showfollowing an explosive showdown with the producers, and reveals how participating in a recording session with South African trumpet player Hugh Masekela inspired him to write his very first song, “Time Between,” which then became the first true country rock record. “To me,” Tom Petty once revealed in an interview, “Chris invented country rock, more than anyone I can think of. As far as taking country music and trying to nurture it into a new form, he is absolutely the first guy that really did that.”

Additionally, Chris sheds new light on his productive but sometimes-complicated relationship with Gram Parsons and offers insight into the real man behind the ever-growing myth. He tells us what really happened on the stage of the Grand Ole Opry when the Byrds made their controversial appearance during the recording of the Sweetheart of the Rodeo sessions, and offers up the details on the band’s disastrous trip to South Africa. From becoming one of the first musicians to move to the artistic enclave of Laurel Canyon, to the historic moment he quit the Byrds, to breaking new “outlaw country” ground with the Flying Burrito Brothers, to recording with Manassas, to making the connections that launched the careers of Buffalo Springfield and Emmylou Harris, to his vastly different experiences as a performer at both Monterey and Altamont, Hillman opens up the fascinating pages of his life and career with engaging detail.

While giving insight into the recording of classics like “Mr. Tambourine Man,” “Turn, Turn, Turn,” and “Eight Miles High,” the musical details of Time Between are only half the story. Pulling back the curtain like never before, Chris reveals the details of his personal life with candor and vulnerability. He writes honestly about his father’s suicide, his subsequent struggles with anger, and how his spiritual journey led him to a place of deep faith that allowed him to extend forgiveness and experience wholeness. He writes of overcoming his overwhelming shyness, building a family with his beloved wife Connie, earning a second degree blackbelt in karate, battling a life-threatening disease, and escaping three (!) house fires.

Featuring a foreword by Dwight Yoakam and dozens of photos from Chris’s personal collection, Time Betweenis filled with Hillman’s encounters with characters such as Lenny Bruce, Jimi Hendrix, Bob Dylan, The Beatles, The Rolling Stones, Bo Diddley, Otis Redding, Chuck Berry, and Buck Owens, as well as his musical collaborations with Clarence White, Bernie Leadon, Stephen Stills, Dan Fogelberg, Herb Pedersen, John Jorgenson, Al Perkins, Jay Dee Maness,Tom Brumley, and more. From tales of hanging out at the famed Ash Grove club in Los Angeles as a teenager to Hillman’s 2018 Sweetheart of the Rodeo anniversary tour with Roger McGuinn and Marty Stuart, this engaging memoir always comes back around to Hillman’s first love. “I never thought about the money, the future, or chasing down stardom,” he writes. “It was always allabout the music.”

Though he’s a four-time Grammy nominee, three-time CMA nominee, three-time ACM Award winner, and recipient of both the Americana Music Association’s Lifetime Achievement Award and Mojo magazine’s Roots Award, Hillman remains a disarmingly humble man. Though he would never say it about himself, as his story unfolds in the pages of Time Between it becomes clear that Chris Hillman is much more than a rock star. He is truly one of the architects of American music.

“I’ve had a great life,” says Hillman. “And it’s not over — we’re not done.”  With that affirmation, it is safe to say, moreof the best is yet to come.