Sit down with Church of Roswell's Candi Carpenter

Known by many for collaborating with Brandi Carlile and having none other than Dolly Parton as one of her biggest supporters in addition to her being one of the most prominent artists being involved in Song Suffragettes which is The Listening Room Café’s acclaimed weekly female only songwriters round in Nashville, it is no surprise that Candi Carpenter is a name you regularly hear as an artist that people are very excited about and definitely want to hear more from.

The year 2021 looks set to be a big year for Candi with a long awaited first trip to Europe (which she is really excited about) including appearing at The Long Road Festival scheduled for the end of summer and an even more anticipated extended project with new music of her own also on the horizon later this year. However, her immediate focus is on her exciting project with one of our own from the UK, as along with another great lyrical craftsmen Josh Doyle who is originally from Kent, the duo has come together as Church of Roswell.

There have already been the first two singles from Church of Roswell with their debut five track EP on the way in the spring, so I recently caught up with Candi over Zoom where amongst sharing our appreciation of both Starbucks coffee & the genius that is Ricky Gervais, I got the lowdown on this project in addition to what else is on the horizon for 2021.

Whilst many of us have found the last year challenging and restrictive under the pandemic, Candi has experienced the effects first hand after catching and recovering from the disease herself:
“It was such a strange situation. I have a boyfriend and we have a roommate who had both been exposed to me but neither of them has had it even though I did. We did a really good job with staying away from each other and sanitising everything. I mean I really didn’t leave my room unless I had to’ like to take a bath or something but we were really careful. We were so careful leading up to it, I have a really bad immune system, I got sick when I was four and it just destroyed it, so I knew when this happened that somehow, I was going to get it. I was very lucky, all I did was just slept for two weeks. I could barely move and had no energy, my oxygen levels stayed fine, I lost my taste for about an hour but for me it really felt like the flu and now you just really worry about our parents. We were supposed to do a Church of Roswell livestream for Amazon which we had to postpone. It was a bummer for so many reasons, but it screwed up all of the plans for the single release of “Rocketeer” and I woke up with that hot and cold chill all over your body. I went oh no! My boyfriend jumped on it, it was 6am and found a place that did rapid result testing. He went and got in line for me, stayed out in the line for three hours until they opened where it’s cold because it’s winter and he was stood in that line full of people with COVID and he didn’t get it.” 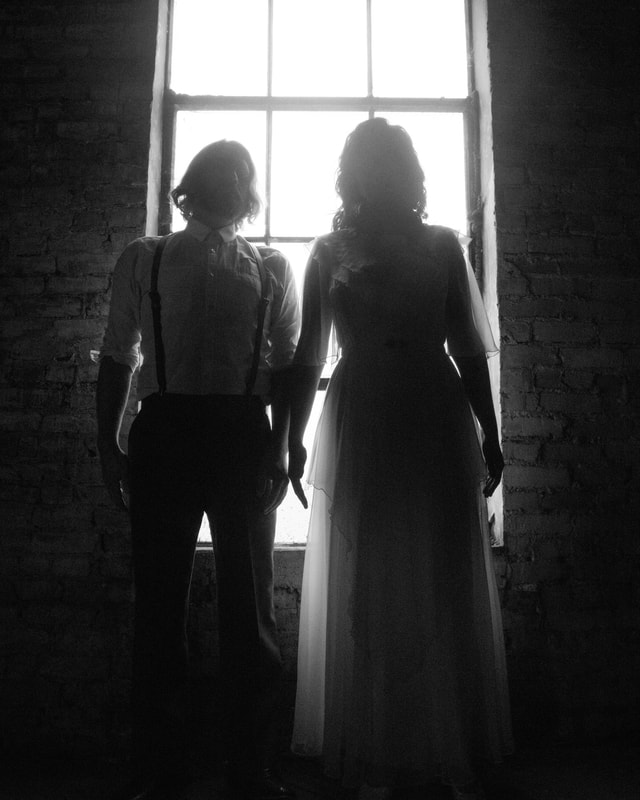 The enigmatic (and often mischievous) personality and raw honesty in the storytelling of Shorr was how I first really came to know of Candi based on their friendship and association with Song Suffragettes, but we talked about what it is about this feisty lady from Maine that allows the pair of them to collaborate comfortably and with so much freedom.
“I think we have experienced a lot of the same difficulties, ups and downs in our lives and in our childhoods. I think having that in common gave us the emotional space to talk about it with each other, the more we talked, the closer we got and the better we became to understand one another. When I’m writing for Kalie or Kalie is writing for me on each other’s projects, we know when the other person is saying something safe or trying to sugar-coat what happened and we call each other out on it! We hold each other accountable and I think because of that I often write my best songs with her. She knows me inside out and vice versa. Really I do feel like she is a sister and I want to see her succeed just as much as I want to for myself, every victory she has feels like one that we are sharing.”

Then finally looking ahead to the end of the summer when we hope the situation will be looking very different to how it appears right now, Candi is (finally) set to make her first trip to our little island which she is very much looking forward to:
“I have never been overseas. Somehow, it been kind of crazy, anytime I have had a show booked in another country it has been cancelled for a horrible reason. I have a track record of this, it has happened constantly to me. I was supposed to go to Norway and open for Tim McGraw which I was so excited about, but it disappeared so when I booked the Song Suffragettes tour, I called my mom and said nothing is going to stop me this time, I finally going to the UK! I have roots in the UK, my ancestry is European,  I’m really fascinated by history, especially the Victorian era and learning about it. I just can’t wait to see the buildings, the architecture and the places where these historical events that have always fascinated me actually happened. I like to be around things that are older than me and my life experiences, I think it’s humbling to remember that the planet and civilisations have been around a lot longer than we have.”

The current single “Rocketeer” from Church of Roswell is out now (Listen HERE) with their debut EP soon to follow. To find the latest news and updates on the EP release, check out their Website and follow them on Twitter Facebook YouTube & Instagram.
​
Candi Carpenter is set for her long-awaited first trip to the UK in September where she will be appearing at The Long Road Festival in Lutterworth (Information and tickets HERE) and The British Country Music Festival in Blackpool (Information and tickets HERE) with further dates expected to be added which you will be able to find out more in due course on Twitter Facebook & Instagram.