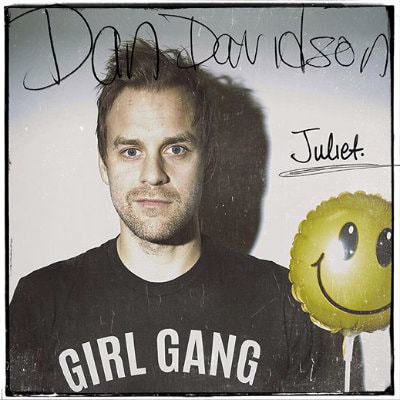 The long dark nights of winter are slowly fading so it must be time for a positive up-tempo album you can roll the windows down to for a spot of Carpool Karaoke. It may only be the end of February, but we might just have found that album for you. A lot of country music fans from the UK focus on our homegrown acts and those based out of Nashville and Texas, there has long been a love of country music to the north of the American border and fans this side of the Atlantic are now starting to discover Canadian artists. We’ve known Shania for years; High Valley made a name for themselves at C2C a few years back and James Barker could be set to do the same this year. Later in the year, Brett Kissel will be heading over for Buckle and Boots and last year both Lindsey Ell and Tenille Townes performed in London.

This weekend though, an independent artist out of Alberta has been making a name for himself as his latest EP, Juliet, shot to the top of the iTune Country Music chart in Canada. In 2016, Dan made history when his single Found charted at number 16 in the Canadian Billboard Country chart as the highest-charting single by a Canadian independent artist.

The tempo for this album is set from the outset. As I said, this will be the album to listen to with the windows rolled and singing to the steering wheel. Heaven in the Headlights will have your feet tapping along non-stop and air playing the banjo. The positivity doesn’t stop as we move into Can’t Help Myself where you even get to whistle the along to the tune. The track looks to love for the long term with one of the best lines on the album “if your love was a country song, I’d probably get the words all wrong, but I’d sing it till my voice was gone, as long you’re laughing I’m call with that.”

Let’s Go There continues where Can’t Help Myself finished off as we are now setting up roots for the future in the white picket fenced house. The tempo just doesn’t drop and this is sure to be a popular one for fans to dance along to at gigs across Canada this summer. Does it matter if you are dressed up for a Saturday night out in your best clothes or having lazy Sunday’s around the house in your pyjamas? When spending time with the one you love is the only thing you care about it doesn’t matter. That’s the message in Cinderella.

We’re going back to our roots in These Are My People. A familiar kind of song for many artists at the minute who have had to move away to pursue their career but whenever you go back you feel at home right away and get the flashbacks to being 17 again, “they’re who I am, where I am from, roots so deep you can’t out run, will always be a part of me.” With five non-stop tracks, the tempo drops just a bit for Slow Dance as head to a couples first dance, before they’ve even exchanged names, and with an instant connection it doesn’t matter what song comes on, they’ll still be slow dancing. Church ends the EP on a high and is bound to challenge Found as a fan favourite track with its catchy lyrics that many will probably smirk along to as they reminisce their own tale. It’s no surprise that it’s Dan’s favourite track to perform from the album as you can see why it gets the crowd going.

If one thing is for certain from this album, Dan’s two-year-old daughter, Juliet, will have plenty of fun dancing around the family living room to this one. In a world of multi-million-pound record deals and worldwide labels, Dan has shown that you don’t need that to succeed. He certainly is making waves, he gets airplay and can record the fun tracks that he wants to and can enjoy performing them. As I said at the start, get those windows rolled down and sing-a-long.

​Finally. To UK festival organisers – get this guy on a plane, he will go down a storm.

On our first listen to his new EP, Juliet, we knew we wouldn't be turning this one off for quite some time so we reached out to Dan to find out a little more about the album and being an independent artist in the world of major record labels.

What is your favourite track  to perform from the new album?
Church! Its a fun, foot stomping, fiddle tune that gets everybody dancing. On our recent tour of Canada I was getting an email or a DM every night about this one. Its just so much fun!

With so many uptempo tracks what was the inspiration for the album?
I think the uptempo thing comes to me naturally (maybe its my rock background), I just like to see fun music when I go to shows, so that's what comes out of me. I named the record for my youngest daughter Juliet who is just about to turn three. She loves to rock out and sing and dance to all these songs in her Elsa costume. Its the best!

How did the video for can't help myself come about?
Well as an indie artist, budget is ALWAYS a constraint - I decided I would take a small video budget as an opportunity to be creative instead of a constraint. We decided that if the catering budget was the prop budget, that would make for a fun video. I think my video director just wanted to hit me a cake. Haha!

What advice would you give to independent artists?
I think the best advice I could give was to try to not ask people to sign you, book you, or represent you. Go out, make some waves, figure out how things work in the industry and do your best to take care of things - even on a micro level. Then benchmark your growth. THAT info is crucial to getting potential team members interested. Instead of asking for people to sign you, find out who your dream team is and just keep them in the loop on your growth.

What else can we look forward to in 2019?
Well I'm really excited to get back on the road this summer - were playing festivals across Canada and I cant wait to start playing this new record live!!