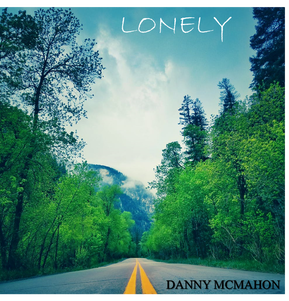 Reigning UK Country Artist of the Year and two-time UK Male Country singer of the Year will release the eagerly anticipated new single ‘Lonely’ on Friday 22nd November via Puzzle Maker Records. Danny is known for his authentic and honest lyrical content, combined with a charming, infectious blend of classic country and accessible pop sounds. Inspired by the likes of Rascal Flatts, Russell Dickerson and Sam Hunt, Danny aims to create his own, unique sound that will be welcomed by and relatable to a range of audiences.

Speaking about the single, McMahon says: “For me, the new single is all about contrast. I have been listening to the new Morgan Wallen album recently and although the feel of the music is very powerful and uplifting, there is often an underlying hidden meaning in the lyrical content that goes deeper than you would initially anticipate. The feel and vibe of ‘Lonely’ is very upbeat but the lyrical theme is reflective of what has become a very desperate situation that someone cannot get out. The listener could relate this to any current scenario they are going through.”

​In 2019, Danny was nominated for multiple British CMA and ISSA nominations including finalist for ‘Best European Country Band’ at the Voghera Country Music Festival, Italy. Success also came in being awarded UK Country Artist of the Year, UK Male Country Singer of the Year and UK Country Song of the Year with his #1 UK iTunes Country single ‘When I See You’. 2019 ends with a number shows across the UK as part of the ‘Make Mine Country’ Tour featuring Stevie O’Connor & Elliott Joseph.