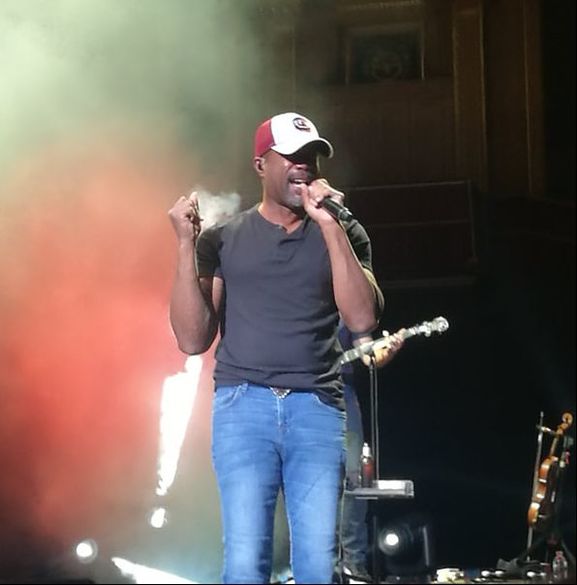 ​Country Music Week came to a close on Sunday night at London's iconic Royal Albert Hall.With the crowd ready, Darius Rucker and his band made their way out onto the stage for a set that would last nearly 2 hours and looked like it was getting to the point where someone was going to have to drag Darius off the stage to stop him enjoying the moment.

Five years ago, Darius was part of the very first C2C festival and has been back several times since - including an unannounced appearance at Wembley Stadium to sing the national anthem ahead of the annual NFL London Games. Sunday night saw Darius tick off another London performance milestone - The Royal Albert Hall. It hadn't taken long for tickets to sell out for this one, with the venue even opening up the choir seats behind the main stage due to demand, and the packed house was set for a night to remember. For Darius, playing the hall meant that much to him he even missed his sons birthday back in America on Saturday.

As is now almost customary from the UK fans, a warm, rousing reception welcomed the band onto the stage as they opened with Homegrown Honey. An evening of sing-a-long hit after hit was to follow and by the third song (Southern State of Mind), the whole venue was out of their seats and wouldn't use them again - again raising the question of are seats always needed on the floor at these concerts as they are pretty much used to rest your coat on!

The 26 track set showed no sign of slowing down as Darius delved deep into his back catalogue, before even performing the Hootie and the Blowfish track, Let Her Cry. As well as his own tracks, Darius told the audience about the importance of appreciating a great track, and some tracks - no matter the genre - are great and for many in the audience they knew the two contrasting tracks within the opening few seconds. For a country music concert, it was no surprise to hear a Garth Brooks track being describe as great, with the band performing Friends in Low Places, before they then paused to introduce their second great track - No Diggity by Backstreet.

As the evening wound down, Darius found time to play two more Hootie tracks and introduce (subtly promote) his new UK release, the country music all star collaboration of Straight To Hell. As the energy in the hall was through the roof, Darius invited support act Russell Dickerson back onto the stage to perform Come Back Song, before closing out with a cover of Oasis' sing-a-long smash, Champagne Supernova.

As Darius and his band exited the stage, the deafening cries for an encore rang around from the floor seats, through the boxes to the upper tier and the standing section. There was no surprise of what song they were calling out for - Wagon Wheel. As the band came back out, there was a few surprises in this encore. Darius didn't come out Wagon Wheel. Instead, with the support of just the keyboard, it was Adele's Someone Like You coming from the speakers. As the first encore track finished, one hour and forty five minutes on stage had gone by and surely now someone was going to tell Darius that he had to get off the stage as people had homes to get to and he has a concert in Amsterdam on Tuesday night to get to. Next though, came Hand On Me, before the song many had been waiting for, Wagon Wheel, wrapped up a three song encore.

The smiles on both Darius' and his band faces as the non-stop applause rang around said enough. He may have said this was a bucket list moment and one of the greatest nights of his life early in the evening, but at that moment his face said it all. He found time to sign his hat and give it to a young concert goer before taking his final leave from the stage an hour and fifty-five minutes after first stepping on.

It was non-stop; it was a show to remember; it was a perfect way to end Country Music Week 2018. 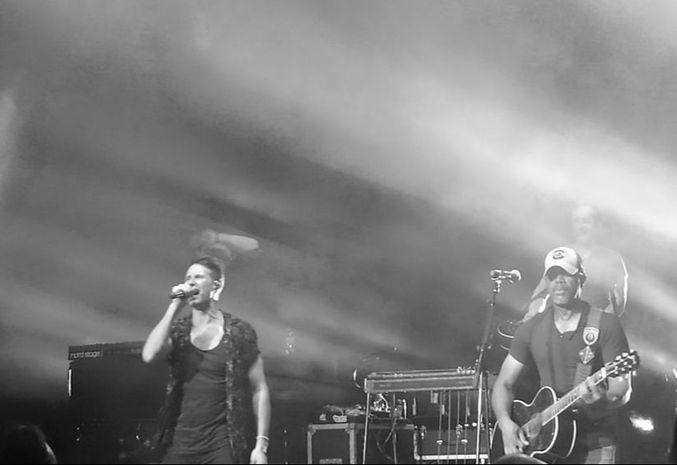 ​1: What are most looking forward to your visit to London?
It has to be playing at the Royal Albert hall. It has always been on my bucket list and now I can tick it off. The tour has been a great success as I have heard from the promoter that most of the regions are sold out and The Royal Albert hall – another dream come true

2: Can you describe your music in 5 words?
SOUTHERN, REAL,COUNTRY, ALIVE, ENTERTAINING

3: Current favourite tune to listen to?
Adele Someone Like You

4: What can fans expect from a Darius Rucker performance today?
A party! We should all have a great time

5: Final question, if there were any artists you’d want to work with who might that be and reason behind choosing this very person?
Adele – She is a great writer and honest performer
Ed Sheeran – he is an absolute genius
Stevie Wonder – He is also a genius