Dawn Landes - Meet Me At The River 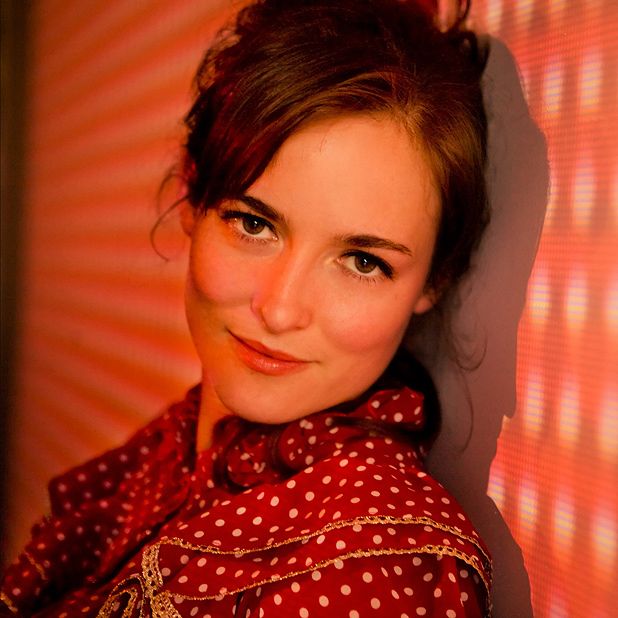 Recorded at Nashville, Sound Emporium and Compound, Landes ventures on a new take with her career this time visiting the soul of the classic era of the Nashville Sound teaming up with Country music veterans Fred Foster, Charlie McCoy, Bobby Bare among others.

The 12 track album opens up with the tilted track ‘Meet Me At The River.’ The steel guitar and mandolins Landes showcases her singsong vocals and literary ballads to the scene. ‘Traveling’ documents the songwriter's life as traveling troubadour seeking to take on chances with the desire to roam around in free will announcing “Can't help myself, got gypsy in my blood”. Featuring Charlie McCoy on harmonica ‘Why They Name Whiskey After Men’ a par for the course country tune co-written with Jim McCormick, this follows the theme of hurt and love, ‘Old Memories’ ‘Wind And Rain’ looks over past mistakes while ‘What Will I Do’ a weary self-lost tune asserting uncertainty. Born and raised in Kentucky and moving to New York later in life- the south never left the young songster. ‘Southern Girl’ co-written with Angel Snow a honky-tonk tune with an acoustic mellow beat accompanying in the back. Hence, exploring new styles has always been part of Landes expanded career from indie pop, folk to French ballads not to mention previous collaboration with the likes of Sufjan Stevens, Norah Jones, Justin Townes Earle among others. In 2008 while recording ‘Straight Lines’ in Austin, TX she met bluegrass musicians who she invited to join recorded a rendition of Peter, Bjorn and John’s ‘Young Folks.’ in an article Landes mentioned “I thought, ‘I would love to make a whole album with this band. I would love to make a whole album like this,'” The experience in Austin also led Landes introduction to Folk hero Jimmy Driftwood’s music. Revisiting her ravishing trip, Landes covered both ‘My Church’ and ‘What is The Colour of The Soul of Man’ however this did not end her musical quest, drawing influence from Driftwood ‘Keep On Moving’ seeks the turbulent days the world has to endeavour in an empowering protest tune inspired by activist Peace Pilgrim decades-long marches across the United States. The album concludes with a playful tune titled ‘I Don’t Dance’ written by both Landes and producer Fred Foster featuring Country legend Bobby Bare

Dawn Landes ‘Meet Me At The River’ is out now on Yep Roc copies can be found via Landes website.