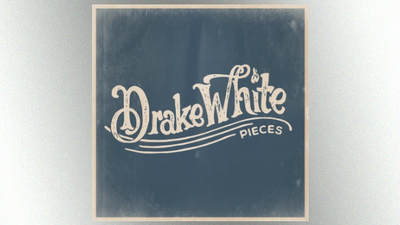 It been nearly two years since Drake White released Spark which saw him reach the top 5 of the US Country Chart and top 40 of the Billboard 200. In 2017 Whites song Makin’ Me Look Good Again won song of the year at the British CMA Awards. This week White has released a new five-track EP, Pieces. Of the new record White explained “I love writing that’s very simple, but it’s like, ‘Oh, I know exactly what you’re talking about,’ I’m infatuated with words and trying to arrange them in a way that would make my heroes proud.”

Drake White is out to cheer people up with Girl In Pieces by being the shoulder to cry on in an good spirit opener. Drake continues his good spirit by trying to make sure everyone enjoys their vacation with Grandpa’s Farm which has a writing credit for Brent Cobb. An out of town visitor who stays on the farm but doesn’t see much of the local area and all it has to offer in the summer sun.

The feel-good vibe continues with Happy Place which White co-wrote with John of Brothers Osborne. Everyone has their own favourite place to be and for in this track it’s where your partner is and you will be beside them where they go. Can Nothing Good Happens After Midnight continue the positive vibe? The title would suggest not but White is out to prove this frequently used line wrong by still holding hands in the morning and not wanting to leave.

The five track EP concludes with The Best Is Yet To Come. When you look into the future what do you see? White tells how he will love his partner more every day and sees an endless road together ahead of him.
​
White is set to return to the UK later this year for his first headline tour as part of Country Music Week and he continues to show with Pieces why he is one of the most talked about artists in Nashville at the minute with this release.
​