​The Sit Down with Eric Paslay

Eric Paslay is an artist that instantly connected with fans on this side of the Atlantic from the moment he first set foot on these shores. The Platinum-selling, GRAMMY, ACM, and CMA-nominated hit songwriter, artist and performer who has celebrated five No.1 hits, is to release his new album “Even If It Breaks Your Barefoot Friday Night on April 15th through Paso Fino Records. The album, which was recorded at Early Bird Studio, where it was produced, engineered and mixed by Mitch Furr features Paslay’s take on some of his biggest hits as both an artist and songwriter which he has studio recorded for release for the first time.

After last visiting the United Kingdom to play shows in 2019 and coming so close to playing at the O2 arena for the Country to Country which did not take place due to them pandemic (even though he was able to play the festival in both Amsterdam and Berlin in 2020), Eric is returning for an extensive run of shows opening for The Shires through April and May. Ahead of the trip, we had a catch up over Zoom to get the latest on the tour and his new release.
“It’s been a time that didn’t exist but very much existed. It’s been wild but semi-relaxing for us, knock on wood, none of us got sick here at the house but I know a lot of people did. All that being said, I’m thrilled that I am finally getting to come back over to hang with you all and we’re finally getting to do this tour. It’s kind of mind-blowing looking at the tour schedule. Our plan was that my wife and little girl Piper, who is three years old would come over and go on a few runs with me but looking at it was so busy. Twenty-five shows in five weeks with Ben and Chrissie will be a rush, it will be amazing and it’s going to fly by. I keep thinking to myself, what can I do every day to make sure that I remember every town that we’re in and make it meaningful but thank goodness for Zoom and Facetime calls to be able to catch up with them.”
​
The tour that he is currently playing on with The Shires is not just a lot of dates (25) but also highly condensed over a much shorter period than a tour of this magnitude would be in the States.
“It just shows how amazing Ben and Chrissie are. The following that The shires have there, they are really leading the way with country music in the UK and Europe, so I’m thrilled to get to share the stage with them. I didn’t even know you could do that many places, most people I talk to are like how can you do twenty-five dates just in the UK? It’s twenty-five dates and selling a lot of tickets which is incredible and inspiring for me because I love playing over there. I’ve been coming to see you all for five or six years now and continuing to grow, I’m literally investing in y’all. I love coming over there, I definitely have not made a dime yet in coming but I love you all and love being there. I believe in the UK, I believe in Europe, so I want to come and tour there for the rest of my life and we’re definitely setting that up. It’s definitely different in the States, yes, I tour for a living and do well, but I love to see you all and that’s why I keep coming back.” 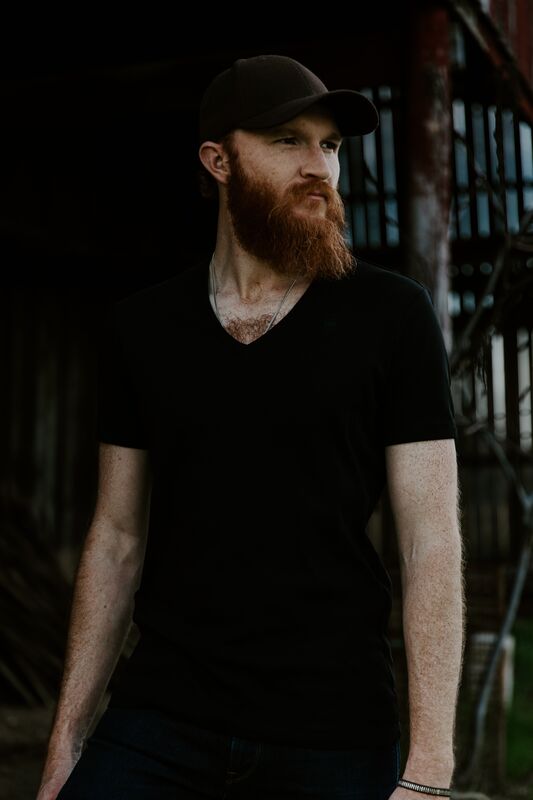 One of the really interesting things about this tour with The Shires is not just the scale of how many shows are on the run but the scope of how much of the country the tour heads to. American touring artists tend to play the same set of cities, so for Eric who especially loves the culture and exploring it must feel quite fresh to experience plenty of new places.
“I’m with you on that. The funny thing is that all of my friends in Glasgow are like (in a perfectly executed Scottish accent) “What the heck! Why are you not coming to Glasgow?” but I’m coming to Edinburgh and I’ve actually never been to Edinburgh. I’ve been to Scotland so many times and we recorded the live album in Glasgow, but I’ve never made it to Edinburgh, so I’m looking forward to taking my little stick and finding Harry Potter. As far as big cities go, we are playing London and all that, but it will be amazing to see Wales and all of these amazing towns that I’ve never been to. The venues look amazing, I love old theatres and well set up theatres where every show is that. I’m thinking do I need to document each day, or do I need to write a song each day as I want to absorb everything but the honest truth I’ll probably need to remember to breathe as it will be go, go, go with travelling and playing all of these shows.”
​
The tour coincides with the release of his new record “Even If It Breaks Your Barefoot Friday Night”which apart from being a bit of a mouthful could almost be described as a record of old songs that sound new. It features some reworked versions of tracks that he has put out before as Eric Paslay “The Artist” along with recording for the first time songs that he plays every night from Eric Paslay “The Hit Songwriter” that many country music fans would be more familiar with from other artists recording them. Above all the record really feels like something that fans have wanted for quite some time.
“I play “Barefoot Blue Jean Night”, “Even If It Breaks Your Heart”, “Angel Eyes” and “Rewind” every night and I play “The Driver” where I don’t have a version of just me singing it, but I wrote them. It was one of those moments of well I need to record them and also, I own them so that would be cool to own my own version of “Barefoot Blue Jean Night” so people that listen to Jake can listen to me too! I make music, can record them and I always like a challenge of how I can record them not exactly the same again. I love music, I love creating music and fans have always asked why I hadn’t recorded those, so I did that and, in the meantime, thought why not record a different version of “Friday Night” and “She Don’t Love You”.
“It was fun and I was aware that I play them every night where I have played them the same for however long, I sort of play the other number ones different than the other artists, but I trust Mitch (Furr) who I recorded it with, so much and I kind of went here, take it and go and make it completely different. We still have the riff but reimagine it and it was so fun to go into what do you think about this and he’s nailed it, I’ll come and sing vocals tomorrow, sang it a few times and we were done. I think that I’ve just wanted to do it for a long time. It was just time and we’re actually in the studio recording another batch of songs, which I don’t know if they will be an album or just part of the never-ending sound of Eric’s labyrinth. I’m writing songs all the time and I have all these songs that I know people want to hear but this is perfect for right now.”

Lastly we ended on whether we may see any full band shows from Eric on this side of the Atlantic along with how he is one of the most prominent supporters of encouraging artists to take the plunge and try playing on this side of the Atlantic.
“I’m not sure about full band shows at the moment but I do know that I have a show in Denmark in the fall and I will definitely be there, why would I not come and see you guys too? Every artist that I meet, especially like Callista, Laci and all of those newer artists, before they have all the buses and everything, I’m telling them as soon as they can to go to Europe and build that to where the US and Europe are the same. You can do it and it is not as scary as some people think. I speak to bigger artists who are friends of mine who say they will lose so much money, but I know and tell them that it’s awesome. If it was only about the money, I would make different decisions in a lot of things that I have done but it’s the experience, the fans and the songs so I cannot wait. It’s been like Christmas for two years, waiting to see if Santa will deliver the tour to me and now here, we are.”