- Why did you choose to anchor the album with the songs you did?
I spent a couple months sorting through and picking songs for the recording session that yielded this album. At the time, I didn’t have a story arc or concept in mind; I just chose what I thought were the best songs. As the recording process went on, and the songs started to come to life, I had a better idea of how to piece the album together. The title track “Turning Tides” was an afterthought in the recording session - kind of a “we’ll get to it if we can” thing. Thankfully, we did, because that song ended up being the focal point of the album. Every song on the album speaks to the ups and downs of the human experience. Some of the songs are about me, some are inspired by others. All of the tracks focus on self-discovery, reflection, and most of all, hope.

- When/where do you do your best writing?
My best writing comes early in the morning right when I wake up, or on a late night in the wee hours of the morning. There’s something about feeling a little foggy or delirious that seems to bring out better ideas. I also like the feeling that I’m the only person in the world at those hours. I try to write often and during the normal routine of life and shows. My preference, though, is to hole up in a cabin or take a trip in my van to unplug and binge-write. Being in a fresh, new place usually stirs up some ideas. I edit songs up until they’re recorded as I demo them and try them out on live audiences.

- Do you write about personal experience, the experience of others, observations, made-up stories, something else or a combination?
It’s a combination of all of those for me. When I started, I relied almost solely on my own experiences. Now, I’ll take song ideas from anywhere I can find them. I try to stay observant - picking up phrases in conversation, strange things I see while traveling, and really anything that seems noteworthy. I have a ton of voice memos, notes on my phone, and notebook scribblings of lyrics and ideas. Right now, I’m in a phase of writing about fictional characters that are inspired by my experiences or someone I know. Using fictional characters helps me remove myself from the scenario and, hopefully, be more honest in my storytelling.

- What’s your favorite food on the road?
I try to eat healthy when I can, stopping at grocery stores for fresh fruit, produce, etc. I’m still a sucker for pizza and gas station food on late nights, though. There’s a chain of gas station chicken finger restaurants called ‘Krispy Krunchy’ that gets my money every time I see it.

- What has been your biggest struggle so far?
It depends on the day, but my struggles in music almost always relate back to the industry and social media. It is so easy to compare yourself to every other artist out there, and we’re constantly bombarded with cool stuff that other people are doing on social media. It’s a struggle at times to stay focused on my own goals and projects without being influenced by everyone else. The format of the music industry can be defeating at times, too. We’re trained to think we need to impress this label or this agency, or have this many monthly listeners, to say that our work is valuable. That’s not the case, but some days it’s hard to remember that.
- Is drinking at gigs a positive or a negative?
Everything in moderation. I’ve certainly had too much to drink at a gig and that is a miserable feeling, especially when you see videos after the fact. For the past few years, I’ve had a good grip on my alcohol intake at shows. I like to have a couple beers to loosen up, but I want to be as mentally sharp as possible. Some gigs I play sober just to feel everything coming my way.


- Favorite thing to do on a day off?
I like to kayak and hike when I have some time off, either on the road or at home. When I travel for solo tours, I take my kayak with me and find lakes that I can hang out on. I love playing music, but I also love that it can be a means for me to travel and see new places. It’s a big, beautiful world and I want to see as much of it as I can.


- Is there a professional “bucket list” item you would love to check off?
I’d like to play at the Ryman Auditorium and Grand Ole Opry one day. I grew up about 90 miles north of Nashville, so it’d mean a lot to have family and friends there to see a milestone gig like that.
​ 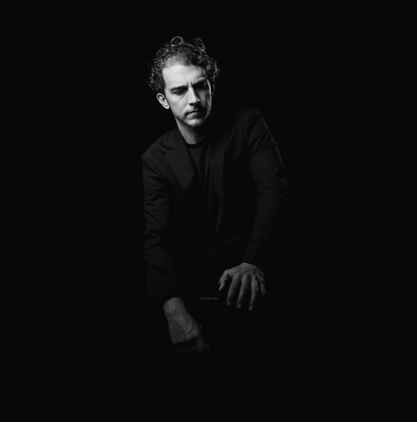 Like fellow Kentuckian Sturgill Simpson, Jenkins tells stories with a shrewd sincerity, a hopeful resignation, and a canny insight into the ways of the world. The Muhlenberg County, Kentucky, native’s oozes musical versatility. Jenkins’ resonant baritone vocals echo powerfully enough to fill large halls, and like Keith Whitley, Jenkins sings with a tenderness that cradles his lyrics and delivers them to our hearts. His third album, Turning Tides carves his passion for songwriting, singing, and performing jumps off of every groove.