The Sit Down with Filmore

Curb Records recording artist (Tyler) Filmore like myself is a proud exhibitor of a phenomenon that people are way more jealous of that they make out to be which is commonly referred to as a ‘man bun’. He is certainly no stranger to the United Kingdom or playing to a festival audience over here as he has become a favourite since he appeared at Buckle & Boots in Stockport back in 2018. After previously being on the road with the likes of Sam Hunt, Blake Shelton, Carrie Underwood, Dan + Shay, Lauren Alaina, and Pitbull, Filmore is currently on tour with Brett Young for “The Weekends Tour” over in the States.
​
The creative and innovative artist from Wildwood, MO has made a substantial amount of music available since 2016, mainly his 2020 full length album “State I’m In” and four new tracks last year including his current radio single “Who Cares” (available HERE) where he has amassed over 193 million in total of on demand streams!
After touring plans in Europe were interrupted back in March last year, a long-anticipated return to these shores has been on the cards for a while and this came to fruition at the back end of 2021 when he jumped on a plane to perform at Buck N Bull Saloon’s Southern Saturdays event in London where we had the opportunity to catch up with Filmore to hear about further new music that is on the way and how great it is to be back in the UK. In addition to speaking with Tyler, we also spent the time hanging out with fellow Brett Young tour mate Matt Ferranti and Absolute Radio Country, Nashville SC and the Tennessee Titans resident DJ (who also will be spinning the tunes once more at next year’s C2C Afterparties) DJ Hish.

So, you guys have just had your Thanksgiving holiday and decided the best way to recover is to jump on a plane to London, have some fun with jetlag and come and bring a party.
HISH - “What’s fun is that me, Filmore and Matt have known each other for a minimum of eight years, from before any of us were doing anything so the three of us being able to come over here together will be an epic night!”
FILMORE – “That’s why we don’t need sleep. We’re just riding that friendship wave and we’re loving every minute right now.”
Given that you have known each other for so long, this must have been an easy sell with Hish saying hey let’s throw a party in London?
FILMORE – “He’s (Matt) going back for the last show of the Brett Young tour this week and I had been on that tour for about four months opening that up, so we had been hanging out with each other so much and getting in all the trouble. I’ll just go with last week because my birthday was last week, and it was seven thirty in the morning before I went to sleep so I guess we had been prepping for this trip. Matt was on my bus, the busses don’t stop so instead of getting on his bus, we just opened up a bunk and then when we woke up just started drinking again.”
Tyler, we’ve seen you over here a couple of times and Hish has been over here a bunch, but what about you Matt?
MATT – “I’ve been over a couple of times for C2C and was actually here last year or two years ago or whenever it was, and we were overseas when the shutdown happened.”

I (Ian) was actually in Berlin and I think this is the first time I have actually sat down and done a face-to-face interview since then.
FILMORE – “Berlin was a lot of fun and it’s just cool everything that happens over here with more country over here. If we have a chance or an opportunity to come over here, we’re doing it. I don’t care if it’s on no sleep but if we have the three days and the time, everything over here is just ten times cooler and I just love it.”
​
Going back, Tyler was Buckle & Boots the first time you came over?
FILMORE – “That was my first time leaving North America in my life! It was great fun, I love Karl (Hancock) and I love Gary (Quinn) too. They found me and getting to come over and play it was a blessing that was super cool with getting to leave the country for the first time. I have an agent here; CAA in London and I hadn’t really got to meet them before or tour over here so getting that to be my first gig across the pond was awesome. I always wanted to come to London and when I came, I had twelve, maybe fourteen hours before I had to fly out. That was the only time I had here, I wrote everything down that I was doing and ended up having a song on my album called London which is about that twelve-hour experience. London now has a special place in my heart so I’m incredibly grateful to Gary and Karl for first giving me that opportunity to come and play over here. I want to come over as much as I can, I’ll be here for C2C again and these guys will too!”
So many guys and girls from town that come over here talk about the way that people listen and give you their full attention to a song someone may never have played to anyone before. This may the overly polite British nature but that must feel really cool and also an opportunity?
FILMORE – “I think it’s great for trying things out with the way that people listen and give you a genuine response because like you say you get given their attention.”
​
How have you found things in terms of trends and analytics over here before and after you have made a trip?
FILMORE – “We have apps on our phones that can break it down and see fans that are in each region and you can reach out to your fans with the data when you’re launching tours.”
MATT – “It’s kind of a crapshoot honestly, you don’t know what to do but you kind of stumble upon a lead. I’ve been coming over for a minute but haven’t played my own music yet but seeing the way that people interact with country music in general, you can see that there is a spot here so there is something to look forward to and something to anticipate. I’m very grateful, this is kind of my first big year of getting my voice heard and my music over here and I would have done it by myself but to do it with these guys the first time just feels great.”
FILMORE – “What we’ve been talking about with country music being a culture. The lifestyle things like the trucks and the plaid and the hats lean into it but at the end of the day it’s all about the culture. That’s what Nashville has kind of created with the storytelling that had been lost for a while since the Bob Dylan’s and people of the past. Pop music is starting to do it a little bit more, but country music really held those reigns for a while and it’s still working and that’s why I think there is a real opportunity here because the overall culture is super similar and relatable in general. Songs about girls and sad things can be found in any part of life, you don’t have to grow up shovelling haybales or you just don’t have to grow up.” 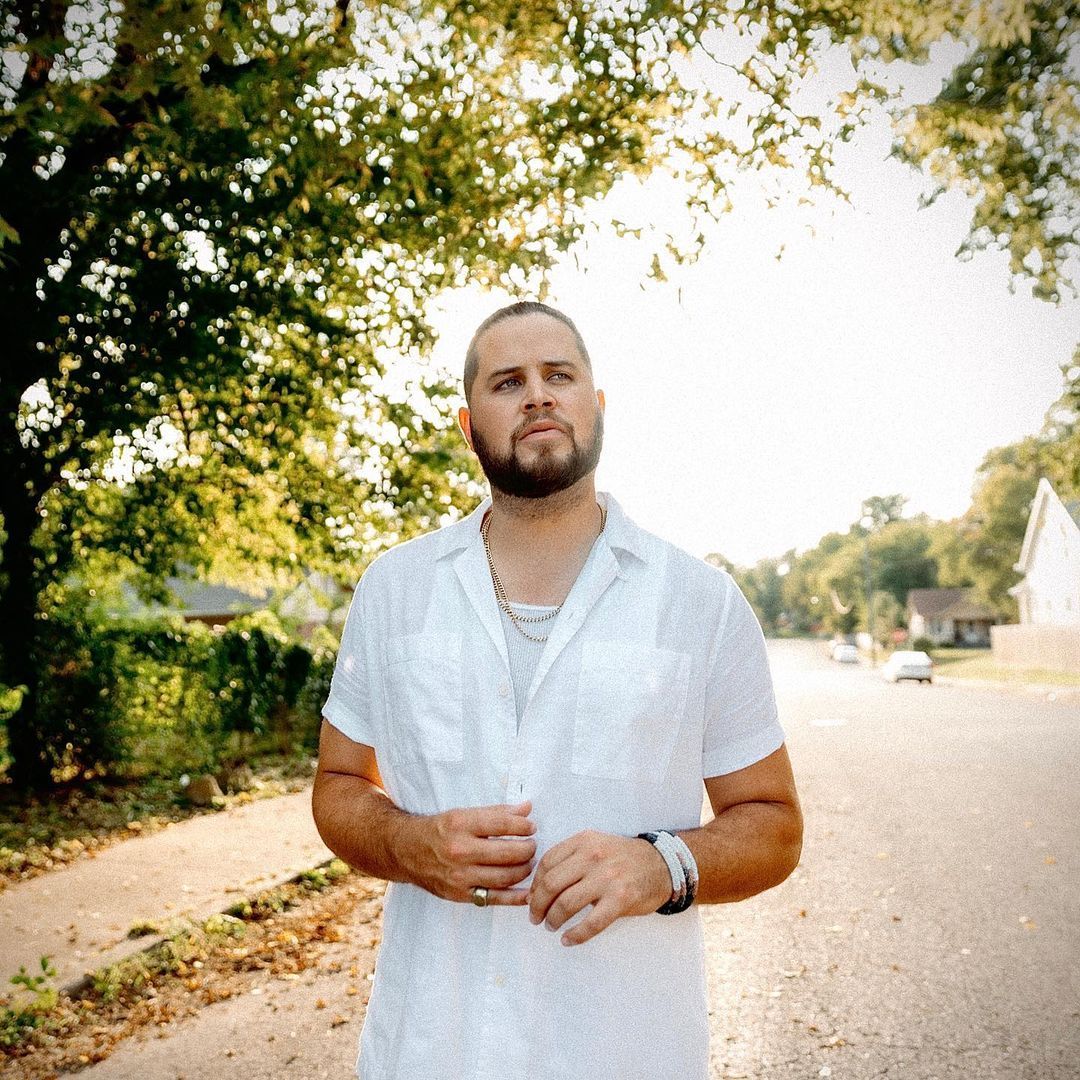 You guys were telling us about how you justify a trip like this at home, with think of all the extra baggage space we will have for presents and how you’re thinking of extending your trip, but what exactly is the charm you find here? What do we still do so much better?
MATT – “You guys listen. You pay attention, you care about the nuances and what we do as artists.”
FILMORE – “I think that there’s a lot with the culture. It’s just a different thing that I can’t experience anywhere in the States. The history, the streets and the food. It’s just something that you can’t get anywhere else, and that unique experience is what draws me here every time and it’s so cool.”
​
We’ve touched upon how you have both been on the road with Brett Young. How has the touring with Brett felt? Has there been anything different about this tour or writing on the road and were there any other artists involved on the run?
MATT – “We kind of alternated. He opened up a couple more dates but me or Filmore were opening, then it was Maddie & Tae or Ryan Hurd, then Brett. There was always two of three running around but we’ve both been opening up or been around Brett for eight years or so it felt like a family reunion and getting to tour with it. It felt amazing and the biggest blessing that you can get as a touring musician where you have a comfortable environment. This last tour with Maddie & Tae and then all those guys has felt like the most comfortable, family environment that Brett has cultivated on tour in those eight years. Then when the two of us have just got off tour together, it’s like hey let’s go to London!”
FILMORE – “We have a recording room on the back of the bus which is becoming more common than it has been before so we can write, track and do everything there so can work on your album whilst you are out there which is cool.”
MATT – “The Covid and working at home environment has translated to everything. I can be on the bus and on Zoom with someone in Nashville whilst we co-write on the bus which is just crazy how you can make things work.” 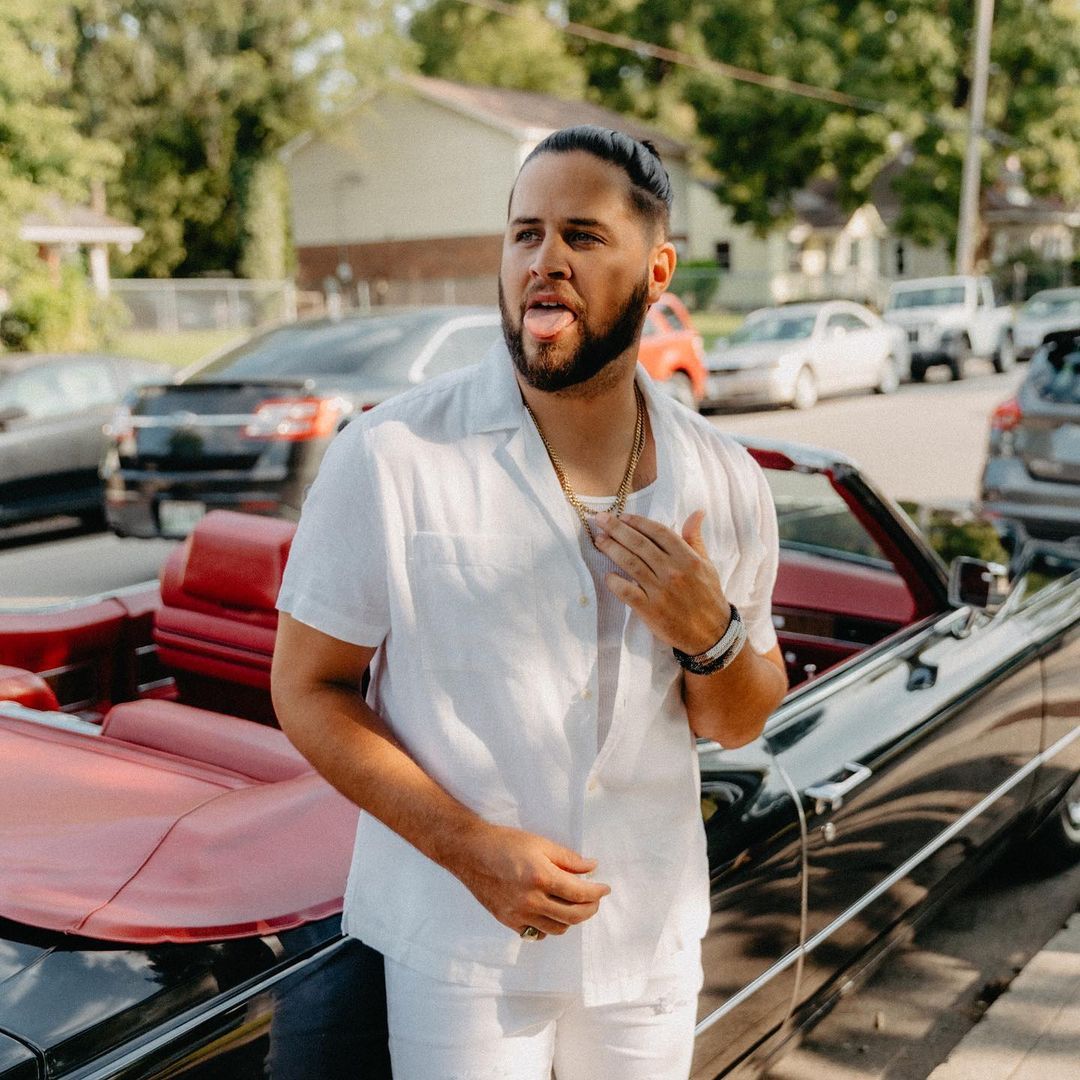 Then, lastly, before we head back to the bar, in terms of new music from you Tyler, you’ve been putting a new track out around about once a month to six weeks through the start of 2021 but where are we looking at with the next album and are these tracks that fans may have heard already going to form part of it?
FILMORE – “The first ones are going to back attach to the first album so like a deluxe. Album two is done and I have album three done as well. I turned in album one, which came out in September last year, a year and a half before it actually came out which is crazy. It’s part of the system and it takes way too long. I think it’s outdated, and I will say that on record, that I think the whole system is outdated and needs to be fixed. In my opinion, I think I should be releasing something every week. I will change that and that’s what I was doing before so that’s what the future for Filmore will be doing. I write five songs a week, I have too many songs and too many things are never heard so I’m just going to start putting out a lot of music and I will not be going too long without putting things out because I have too much music. I want to live in the streaming world, keep putting things out and that’s what I’m going to do!”
MATT – “Radio kind of constricts to this big build up moment of one song!”
FILMORE – “That really works because you want to have “THAT” song, but you can do both! You can have a song that is launched at radio and plenty of songs that are just streaming as well so you can feed both fanbases.”