The Sit Down with Hailey Whitters

The magic of Nashville first enticed Hailey Whitters in her teens and she traded Shueyville, IA for music city straight after she finished high school. Then after being “twelve years into a ten-year town” she wowed the entire country music industry at the onset of the pandemic in 2020 with release of The Dream. Fast forward two years and she is about to release her sophomore record: Raised on March 18th and make her anticipated UK debut at Country 2 Country.
​
Since we last spoke, Hailey released a deluxe version of her acclaimed 2020 release as she was Living The Dream which featured collaborations with Brent Cobb, Jordan Davis, Hillary Lindsey, Lori McKenna, Little Big Town, and Trisha Yearwood. She has been on the road with Midland and Luke Combs, was named the inaugural Opry NextStage Artist of the Year and received her debut nomination from both the CMT Awards and the Grammy’s! When you combine this with her UK debut and new album on the horizon, we had plenty to chat about when we recently caught up with Hailey over Zoom. 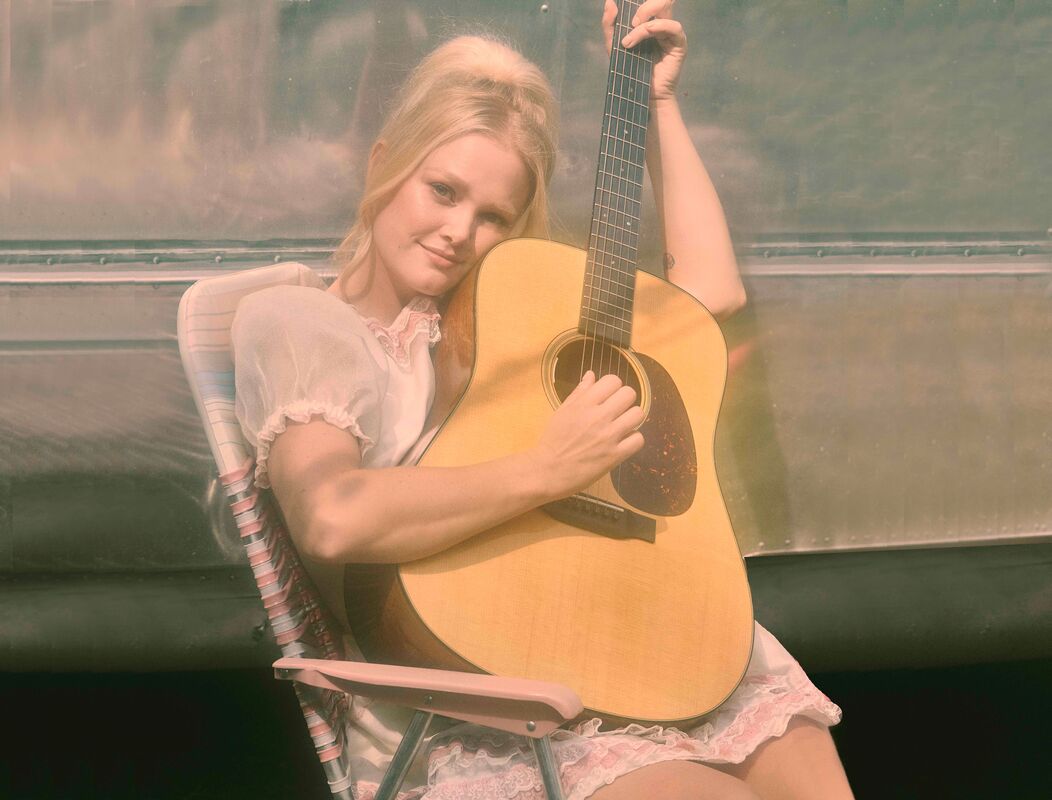 To get her fully prepared for her upcoming visit across the pond, we did the most British thing possible and talked about the weather! She was in Nashville after being up playing in Minnesota over the weekend, whilst I wasn’t really sure what day it was after staying up late the night before to watch the Super Bowl.
“I started it, then I fell asleep. Whenever I get off the road, I always say I need like a straight twelve hours of uninterrupted sleep until I feel human again. I started with it and fell asleep right after half-time, but I did see that the Rams won. I’m not a big sports person to be honest, I don’t know a lot of sports.”

When we first spoke in the middle of 2020, the world was still completely uncertain about what was going on and we were talking about her hopes of wanting to come over and see us but now in just over three weeks’ time it is actually a reality!
“It’s wild! I can’t believe it’s finally here. I feel like we have been talking about it for years now and then the pandemic hit so we couldn’t do anything there but it’s finally here and we finally get to see it happen, I’m so excited. I’m just thrilled to be there in less than a month to come and play. It’s probably just going to be shows this trip as we’re in the middle of a headlining tour that we have that to get back to and we will be pretty thick in release mode. C2C is kicking off album release week for us and I think I’m playing the Opry on the 18th so it’s going to be a quick trip this time but I’m hoping this one goes over well, and we can be back over again soon with more time.”

This will be Hailey’s long awaited UK debut so the first time that her fans will get to hear songs from The Dream live but also like she mentioned just before the start of her next chapter with the release of Raised so I asked about how this affects putting her setlist for the festival together.
“I am considering these shows as my opportunity to finally get to serve my UK fans and play music for them. I have no ego about it as far as I want to move on to the new thing goes. I just want to play what they want to hear because I know that they’ve been waiting a long time to see me and to hear these songs so really I just want to play what they want to hear on this trip.”
​
Her debut album wowed critics and fans throughout the world of country music and her follow up “Raised” is going to completely justify all the praise that she has received as an artist and completely mesmerise anyone that comes across it. Part of the beauty of her new record is the flow and cohesiveness of how it perfectly paints a picture and conceptually along with the storytelling really takes you to the place the songs relate to.
“I think it was because material-wise really inspired by where I come from, writing a lot of songs that took place there and we cut six things that at the time we didn’t know were going to be for this record but in 2019 we had gone into the studio and done six songs and they were all things that were taking shape to this whole Raised concept. I didn’t have a deal at that point, so it was just Jake and I kept writing towards this concept and it just so happened that I had a lot of ideas, so we kept serving that muse and worked on it through the pandemic, through last year and kind of wrapped it around last fall. I played it for the label fully anticipating hearing that we’d need this and go back, cut more but they were like we love it! It’s done, it’s the record so it happened pretty organically.”
“Raised” really explores where Hailey grew up as the title suggests and whilst “The Dream” did incorporate some of these ideas “Raised” feels like a prelude to her last record but was almost as if she needed her previous record to enable her to tell this story.
“I think that The Dream was my story for where I was at the time and my Nashville experience, telling that story and I think that record really put me on the map as a country artist in the genre and in the town, which allowed me to go and tell this story. Raised is a story about where I come from and why I’m here. I would have always told this story, this would have been a record at some point in my career, but it took The Dream to really put me on the map and allow me to be able to do it.
​
Part of the way that the album flows so well is the way that it is set up with and instrumental intro that is also reprised to end the record.
“During the pandemic, I could hear Jake through the walls on his guitar and he started playing this piece. I was like knock on the door, what is that? It was just a little piece he wrote, and he doesn’t really write so it was pretty unusual that he was feeling pretty inspired to compose something and it thought it was really cool and it moved me to tears because it was so emotional and cinematic. Then he threw out the idea of what if we started your record on this? I think it was very smart because the record does feel very much like a time stamp, it feels very much like a movie and I feel like it sets the scene. It feels like the opening credits of a movie or something and like we’re transporting you to this place, the Heartland! It really takes the listener there right from the get-go and that’s how that came about.” 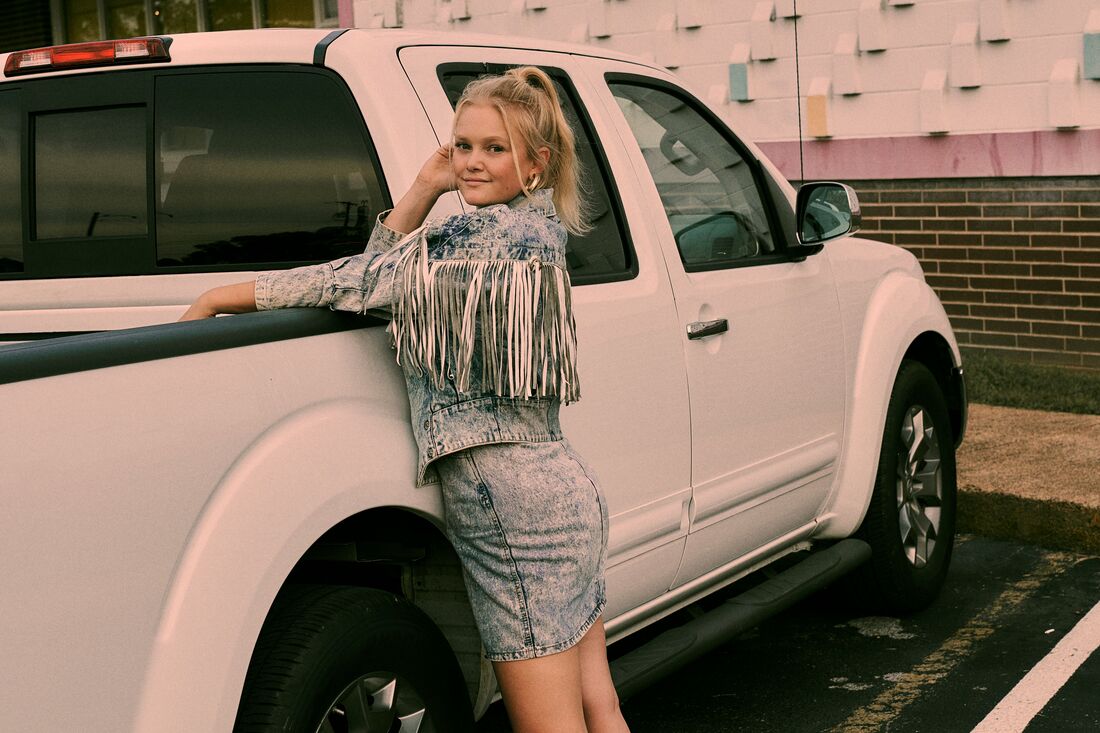 The album features co-writes with some of Nashville’s writing royalty like Lori McKenna, Hillary Lindsey, Brandy Clark and Nicolle Galyon but also features an amazing collaboration featuring American Aquarium called Middle Of America.
“I’ve been a fan of their records and just recently I’ve started to actually write with BJ. I’ve gotten to write with him a few times and I really respect him as a songwriter too. I think that when we had Middle Of America, it was just me at first and it felt like it was kind of lacking something. We really wanted that Heartland rock element in it, so we had the idea of American Aquarium and asked. They were super into the idea and BJ really elevated that song, really took it to the next level for me so I don’t think it could have been a more perfect fit.”
​
Looking ahead to C2C, Hailey will be one of the few mainstage artists who have never played the UK before so may be a new name to some fans that will get to hear her for the first time. What are these guys along with the audience that are already fans of hers going to experience from seeing her on stage?
“Some HIGH energy, corn country, fiddle filled, good old country music! I’m gonna wear my corn skirt, so they’ll get to experience that. We’ve got fiddle with us and it’s just going to be a high energy set. I think we get about thirty minutes so we’re going to play all the bangers! It’s become a little funny thing. I am from Iowa which is very known for corn and my stylist designed a corn skirt for me so it’s kind of become a thing now where fans expect the corn skirt so I’m gonna bring it for y’all to see!”
During our first conversation, Hailey depicted her early days in Nashville where she talked about walking into bars and talking to people fifteen years ago when she was almost oblivious to how the industry worked. So, I finished up with asking her what advice Hailey Whitters who is about to release her sophomore record and play the UK for the first time would give to the naïve, blonde from Iowa trying to make her mark in Nashville?
“I would say to just be confident in who you are. Be confident in your story and be confident in what you have to bring to the table. I think that I was when I got here but I think I got distracted by the town, the industry and I kind of wished I had stayed the course the whole time. On the other hand, maybe that taught me some valuable lessons that got me to where I am today, but I wish I had come in blazing from the get-go.”