Iowa born, Nashville based singer/songwriter Hailey Whitters recently released her highly anticipated 2nd album The Dream independently via Pigus Records February 28th. Since the release, Hailey joined forced with Songs of Daughters label while releasing a new music video for “Janice at The Hotel Bar” and a collection of live sessions performing songs from her latest album. We caught up with Hailey to talk about what’s she’s been up to since the release of her album... 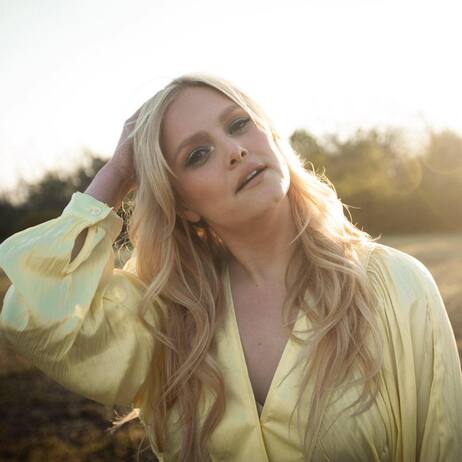 CITUK: First up congratulations on your recent engagement announcement!
HW: Thanks! I’m very excited!
​
CITUK: How’s your week going so far?
HW: You know its been going good, just writing this week and I’m about to head home to Iowa. It’s been a good week so far.

CITUK: Right before the lockdown, you went out on the road with Jordan Davis opening up shows. What was that like playing for his crowd?
HW: It’s been awesome! Jordan’s fans are great I mean he has a really, really great fanbase they all come ready to listen and they were really receptive to me and my music and it was really cool get to play some of those bigger clubs with him. It was a really, really great experience.
​
CITUK: Beginning of the year, you’ve released a new album The Dream what has the journey been like since its release?
HW: We’ve got to play this record for like 2 weeks and then the whole world shut down. Honestly, its been this strange time of trying to connect with fans, trying to put those songs out there but also not being able to play music live and on the road. It has been a little bit of a learning experience but I know there’s a lot of people who have it much worse. I’m trying to stay positive and just roll with it.
CITUK: Recently it was announced that you’ve signed with Big Loud/ Songs and Daughters label which you’ll be also working with onwards. Nicola Gaylon the president of the label was one of your co-write on “Heartland.” What’s been like with this collaboration?
HW: Yeah! It’s been really cool, kinda like intentionally I have had a lot of female creative collaborates and I think it’s really awesome. I’m just really inspired by people like Nicole and Lori, Brandy and Hillary. So I feel very lucky to get to collaborate with them I love having them be very involved in the project. It’s really cool.

CITUK: Speaking of collaborations, I’ve noticed a rather familiar face on the recent music video “Janice At The Hotel Bar” you’ve released. Robert Ellis and his family. How did happen?
HW: it was just kind of random honestly. So, Harper Smith, who does creative direction for my stuff, she had reached out to Erica [Silverman] to direct the video and we were kinda brainstorming the storyline and stuff. When we started, we obviously wanted these very like home videos type moments and so we found the woman who was going to play Jancie was a redhead and Erica was also a redhead! So, we’re like ‘What if you and your family kind of play the younger Janice and the tape those home video moments?’ It was kinda just random but I’m really glad they did it!.

CITUK: As a songwriter, what’s it like writing while on lockdown?
HW: I’ve been writing a lot, right now everyone is writing on zoom which in a way is not at all that bad but I still prefer to get in a room with people, I just like to have that social interaction and have that chemistry in the room. Somedays you know your internet sucks and zoom can be really miserable [laughs] but for the most part, honestly, it hasn’t been that bad I’ve written a lot because I haven’t been on the road so I have more downtime to be able to get on zoom and write a song with somebody. So, that’s about it right now.

CITUK: Finally, along with your debut album “Black Sheep” with another extraordinary set of amazing songwriters which include the likes of Marterca Breg, Adam Wright etc..  As a singer/songwriter what’s next for Hailey Whitters?
HW: I mean I hope that I can be playing and writing songs for a very long time and making records that I believe in. I think that’s the goal. No matter even if there are 5 people in the audience or 5000, the one thing is to stay true to my truth and telling my stories and remain committed to the craft of just great songs. I just want to be known for writing great songs. So, however big or small the crowd is, the goal is to bring something real and to just stay true to the fans and music.