Harleymoon Kemp - Love On The Radio

Since her debut release and introduction with “Space” which ascended to the summit of the UK country music digital sales chart last year, Harleymoon Kemp has quickly established herself as one of the most exciting and talked about artists in the genre on this side of the Atlantic.

Whilst her debut and sophomore singles really demonstrated the depth and reflective side of her songwriting and her blissfully smooth vocals, “Love On The Radio” continues in the more fun and up-tempo vein shown with previous single “Lucky”. The track is a really uplifting and fun song that really picks you up that delivers imagery of a real sun-kissed coastal vibe with the wind in your hair and a real feel-good sense.

Like all her previous releases, the sound and the production on the track is really slick and vocally is beautifully smooth. On the inspiration behind the track Harleymoon shares:
“This song is about believing in the type of love you hear on the radio - and not settling for anything less than that, the kind of whirlwind romance we all crave and ultimately deserve. Those classic tracks let us all know it’s out there somewhere! I wanted the production to feel like a summer road trip, turning up the volume to fall in love over again. It’s a song for old-school romantics who play records on repeat.”

The release sets the tone nicely for another big year, with an extended project expected later on in the year and hopefully at some point there will be an opportunity for fans to see her live and in person.
​
The new single “Love On The Radio” is out today (March 12th) which you can listen to HERE and you can follow Harleymoon Kemp on Twitter Facebook & Instagram 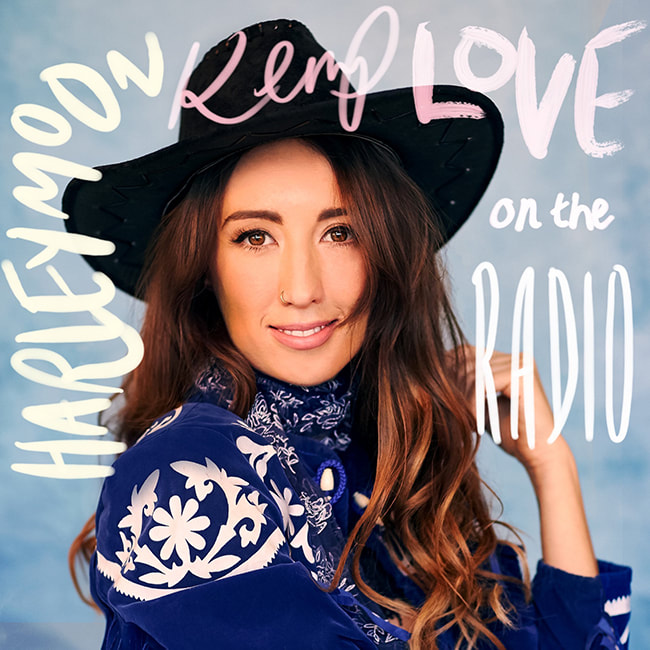