Hayes Carll - What It Is 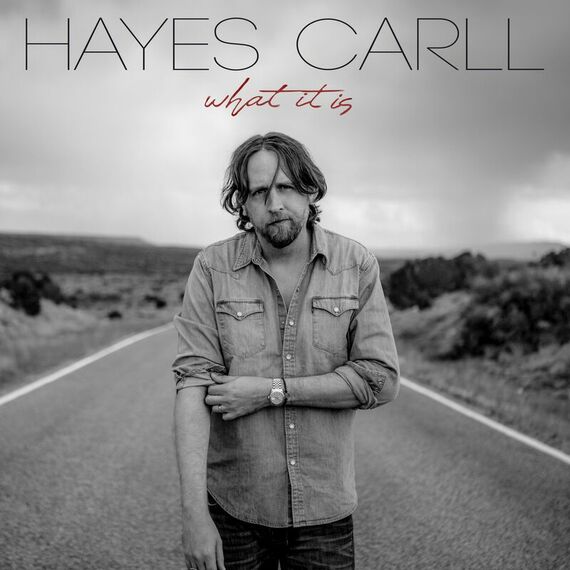 It’s hard to define Hayes Carll. Some might consider him as a poet as to some a storyteller and when he was asked to define his sound, he himself struggled to come up with an answer. After nearly 4 years since his previous release [Lovers and Leavers], Texas-born singer-songwriter Hayes Carll has now released his 6th studio album today (15th February). ‘What it is’ [Dualtone Music] brings new tales to tell, unanswered questions and plenty of advice to give. As a seasoned veteran in the industry, when we spoke to Hayes in the build up to the release we were keen to know about his inspirations for the album. Hayes told us “A lot of this record is about taking stock of life, love, and the world around me. I've been trying to find ways to connect and be present with my life and the song "What It Is" summed all of that up so I made it the title track.”

The 12 track album opens up with single ‘None’ya,’ the tongue cheek ballad tells the listener of an arguing couple with a message love conquers all and is easy to see why Hayes told us it was one of his favourite tracks. The theme of love and figuring out relationships dominates the album with tunes like ‘Things You Don’t Want to Know’ tackling relationships and the truth, while ‘Be There’ foretells what we are exposed to is not necessarily the truth when it comes to commitment.

Known for his sharp wit and humor, the Mark Twin narrated like stories paints elaborate images of his musing in ‘Times Like These.’ The track takes the listeners to a rocking start while pleading the urge to live a simple life but the consent noise often puts a person down. While second single ‘Jesus and Elvis,’ saw Hayes get a little help from Allison Moorer and Metraca Berg as co-writers, see’s time standing still yet moving in different ways while incorporating memorable words some fans will know. ‘If I May Be So Bold’ finds Hayes unafraid of his emotions running free while pledging his promise to love in ‘I Will Stay’

Unafraid to be voice his concerns in politics, a theme that has hunted every songwriter for the past couple of years mirroring their opinions and concerns, Carll finds common ground within it all in ‘Wild Pointy Finger’ and ‘Fragile Man’ accompanied with an evocative fiddle playing in the background.

​Hayes Carll ‘What It Is’ is now available.
1: Where did the inspiration come from for new album title ‘What it is’ ?
A lot of this record is about taking stock of life, love, and the world around me. I've been trying to find ways to connect and be present with my life and the song "What It Is" summed all of that up so I made it the title track.

2: Your upcoming album shines a light on numerous topics including ‘eccentric love’ and living day by day, when did you realize it was about time to share your voice yet again with the world?
I’M LUCKY THAT I HAVE OUTLETS FOR MY WORK AND PEOPLE WHO WANT TO SUPPORT MY EFFORTS IN GETTING IT OUT TO THE WORLD. MAKING RECORDS AND RELEASING THEM IS WHAT I DO, SO IT WASN’T SOMETHING I HAD TO REALLY GEAR UP FOR. I HAD A COLLECTION OF SONGS I LIKED AND I WANTED TO MAKE A NEW ALBUM, SO I DID.

3: Favourite song on the upcoming album?
That's tough because they all scratch a different itch for me. But at the time of this answer I would say “None’ya."

4: What differentiates Texas country music to Nashville?
IT DEPENDS ON WHAT ASPECTS OF EACH YOU’RE REFERRING TO — THERE ARE GOOD AND BAD ASPECTS TO BOTH. THE RED DIRT SCENE MUSIC MIGHT BE MORE SPECIFICALLY ORIENTED TOWARD ITS SPECIFIC AUDIENCE, BUT AT THE END OF THE DAY I DON’T SEE WHAT THERE IS TO ARGUE OVER — A GOOD SONG IS A GOOD SONG NO MATTER WHERE IT COMES FROM.