The Sit Down with Jackson+Sellers

Whilst the sate of the world and the global pandemic played havoc with a vast number of freedoms and the ability for artists to tour freely, it did offer opportunities for connection, creativity and collaboration in ways that may not have been possible under the way we once knew things. One such example of magic happening during this time was when two of the most exciting females in Americana music developed a fast-growing friendship which led to a collaboration between Jade Jackson and Aubrie Sellers uniting as Jackson+Sellers.
​
The duo made their first appearance during Americana Fest, last month in Nashville where we were able attend Jade and Aubrie’s showcase thanks to the amazing Sara Douga who was covering the event for us and you can read her review HERE. This was ahead of the release of this upcoming debut album as a duo titled “Breaking Point” which was recorded in late 2020 at The Cabin in East Nashville and will be released on October 22nd through ANTI- Records (save/pre-order HERE) Jamie recently caught up with them to hear all about it and how they came together as a duo.
Let’s talk about this record which I suppose has been this little baby that the two of you have kept hidden away and then Americana Fest happened with this great big hello and showing everyone what you’re all about:
“We actually met; I say this every single time that we met but I played before her at Americana Fest in 2019. That was the first time that we came in to contact but we didn’t actually speak, I played before her and you’re running around so you don’t actually get to speak but we followed each other on Instagram and she reached out to me later about “Hush” which is on the record and was the first song we worked on together. We sent it to the label and thought we would do a song or an EP but they loved it and we ended up doing a whole record, which was about a year ago exactly that we recorded and here we are.” (Aubrie) 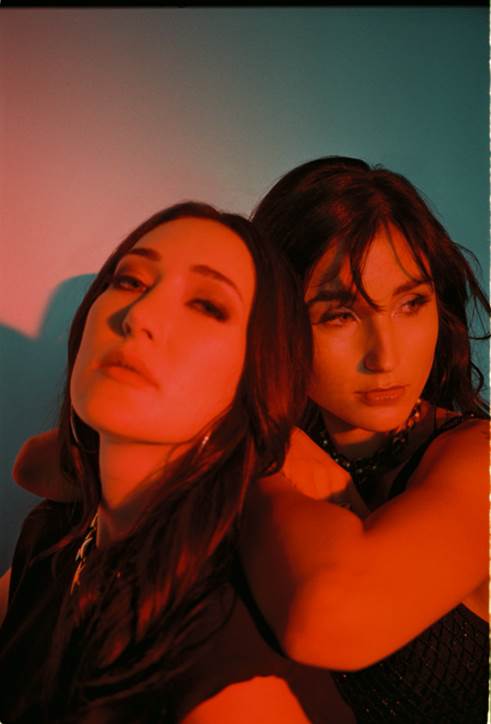 ​So, was it as simple as that? Jade sending over a message asking about working together on a track and things just grew from there?
“That’s exactly what happened and it grew quickly. I reached out to her and she messaged me back within like a minute, then I drove down to see her three days later where we met for the first time and we gave the song to the label that night, then two days later it was can you two do an album in two months? We were like argh OK?” (Jade)
“The same day that she came over, she ended up staying the night because she lived about three hours away and we recorded a demo of “Hush” and also a demo of “Has Been” because that had been a song that I had wanted to record, so we had those two songs and that’s what started the album.” (Aubrie)
“I showed up at her house with my guitar thinking we were just going to work on a song and then we sat in her office saying listen to this song then I played her “As You Run” which is one of my favourite songs that I’ve written on the record, the she played me “The World Is Black” and most of the things we showed each other are now on the record. I think that was really great that this happened because when they were like get to the studio right now, if we hadn’t done that and spent the time together hanging out and getting to know each other in that space, I think we would have been like we can’t!” (Jade)
It must be so cool for a project to come together so organically where you weren’t trying to make songs for it but you just put things to each other and they just worked?
“Everything about this project from the very beginning came together super naturally. It evolved into what it was, we didn’t think about maybe recording an album together and figure out what to do, it happened the exact opposite way. I think that’s great and part of why it happened so naturally and why the sound got created so naturally.” (Aubrie) 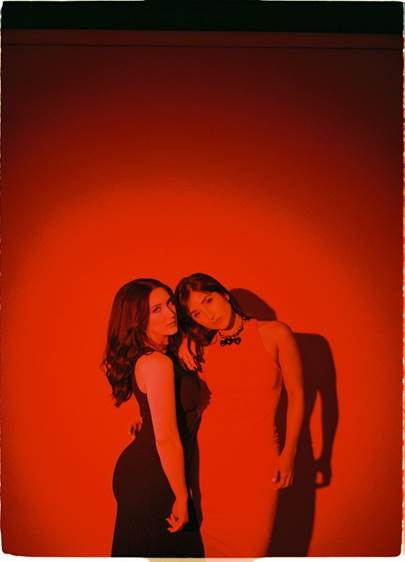 Then lastly, I suppose we should talk about getting to play this record live which may not have been as easy had you been bringing it out this time a year ago. How are things looking over there right now for you being able to play this for people?
“Basically, us not being on tour was what enabled us to come together and make this project so that’s the silver lining, things aren’t completely back to normal yet and we’ve had a tour cancelled this month but we are playing some shows. We did Americana Fest and played a show in Alabama but we’re also planning some other things like a livestream on the 24th which will be with the band from the record and in the studio where we recorded the record at. That will be super cool because that’s something that you can’t do live when you take it out to people but they can come to you. We’re doing some things like that so we still get to play the record live for people whilst things aren’t completely back to normal so we’re just doing what we can and it feels good because it’s not like we don’t get to play any shows.” (Aubrie)

The debut album “Breaking Point” from Jackson+Sellers will be released on October 22nd via ANTI- Records which you can find to save/pre-order HERE.