The Sit Down with Jameson Rodgers

While Jameson Rodgers may be a name many have only come across in the past 18 months, thanks to smash hit tracks Some Girls and Cold Beer Calling My Name (which featured Luke Combs), he left Batesville, Mississippi eleven years ago for Nashville with a dream. Fast forward to 2021 and Jameson Rodgers has a publishing deal; a record deal with Sony; has had a number one song (which also went platinum); toured with Luke Combs; has writing credits for the likes of Florida Georgia Line and Jason Aldean; and even co-wrote the title track for Luke Bryan’s album Born Here Live Here Die Here. It’s been a long road for Jameson, and we couldn’t wait to chat with him to find out more about his journey in the ten year town.

At the end of April, the singer-songwriter Jameson released his most recent EP, and first with Sony, In It For The Money. The 7 track EP, which co-wrote 6 tracks of, is proving to be a favourite of many in Nashville and has let to Jameson having his face on a billboard and recognition from Garth Brooks
“It’s so weird, I can’t believe they put my ugly face on a billboard in Nashville. The last day the billboard was up, I get a text from Garth Brooks and was like – Hey man, saw you on a billboard downtown! Looking good bro! – and I was like, oh my god, what is happening right now. What is actually happening in my life? I had a poster of Garth on my bedroom wall when I was a kid. I don’t know how I’m getting to do all this cool stuff – it’s unreal.” 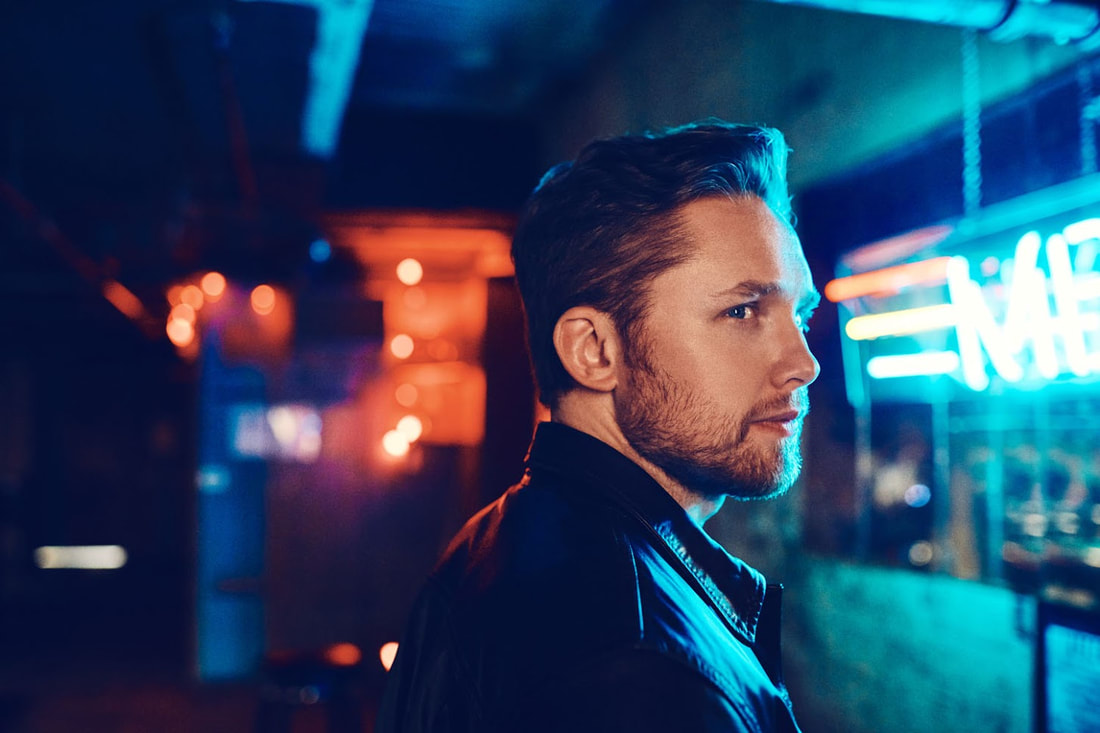 Like many, Jameson moved to Nashville with a dream of being a star, but he forged his roots as a songwriter.
“When I moved to town, I thought I’d be an artist and get a big record deal but at the back of my mind I thought it’d be cool to write, sit at home, write songs and play golf! It was four years of writing songs before I even got a publishing deal, it’s hard to have any success before you have a publisher in town as a songwriter. It took me four years to get to the starting line. You put your head down after that and work even harder. It’s been fun having some songs recorded by my best friends that I’ve come up in Nashville with.”

He has though been able to make some highlights for himself in recent years
“I’ve played pretty much every bucket list venue on the Combs tour except Madison Square Garden. I’ve played Red Rocks, my hometown arena, Bridgestone Arena here in Nashville, The Opry – any time I play The Opry I feel like I’m living in a dream. A number one song, all is good right now!”

Amongst all the writing credits, there are a few that stand out for Jameson, including Chris Lane’s I Don’t Know
“I wrote that song with Hardy, Hunter Phelps and Ashley. We all knew the song was special and cool but as soon as the song was out, Chris started posting videos of huge crowds singing it, which is crazy. It was an easy song to write and exceeded the expectations.”

But does it get much better than writing Luke Bryans title track?
“It’s just mind-blowing. I can remember Luke coming out when I was in college. I’ve been a fan of his forever, is there a bigger name in the format right now? Arguably no.”

In a position now, with a platinum song and a Sony record deal, is there any song he would take back to keep for himself?
“Speaking of Luke Bryan, maybe that one. It’s easy to say now, but rewind three years ago when Luke loved the song and wanted to record it, I definitely didn’t have a hit song, a song on the radio or a record deal. When you don’t have a ton going on an artist it’s hard to tell Luke Bryan I’m going to keep this one just in case my artist stuff happens. It’s a cool talking point that Luke recorded a song of mine, which is good.”

They call Nashville a ten year town. Jameson is now 11 years into his life in Nashville, so how does he assess his time so far?
I think I’m doing alright. You’ve got to take it one day at a time. So many stars have to align to have any success in this town. It really is unbelievable how many people it takes, you’ve got to keep your head down, work hard, surround yourself with the right people and whatever happens happens.

​With many of Jameson's artist friends being regular visitors to these shores we had to know if he was coming...
“I’ve never been to England, ever. I’m very due. I’m hoping I’ll get to come to C2C next year. It’s mind-blowing to me that I have people who know who I am, let alone people know my songs. I’m just a dude from Batesville, Mississippi that moved to Nashville with a big dream. I’m so thankful for everybody that’s coming onboard and listening to the music. I can’t wait to come over there and play some songs for you all.”

There are many reasons why he was nominated by iHeartRadio for Best New Country Artist and was ranked number 4 on Billboard’s 2020 Top New Country Artists, but it is clear to see that the sky is the limit Rodgers and we can’t wait to see what this next chapter of his blossoming career in Nashville brings