The Sit Down with Jameson Rodgers

In the last few years, Mississippi native Jameson Rodgers has seen his single Some Girls go platinum, recorded a duet with Luke Combs, hit the road with some of Nashville's biggest name and now is set to release his long awaited debut album Bet You're From A Small Town. Coming from a small town himself (Batesville, Mississippi) with a population of less than 10,000, it has taken Jameson 11 years to reach this point in his music career. Having forged a name for himself writing hit songs for household names, Jameson continues to push himself forward into the limelight with this release (5 years after his first EP) and we caught up with Jameson this week to find out how the past few months have been and to hear more about the project.

How does it feel that the album release date is upon us?
First of all, it just feels so good to be back being busy again, on the road playing shows for real people has been awesome and getting this album out has been a dream of mine for a long time so I can’t believe it’s finally here.

After nearly 12 years in Nashville, you’ve probably put the two biggest events of that time in the space of just a few weeks with this release and recently getting married. Has it been a stressful few months since we last spoke?
The last two weeks have been crazy! I don’t know if it was smart or crazy to plan a wedding, album and tour all within the same few weeks but we’re getting through it. We are going to celebrate hard on Friday though for sure.
​
Coming from a town of just a few thousand people, was the album name a no brainer for you or were there some close alternatives?
Not really! It was always the front runner. I didn’t want it to be a self-titled album, I wanted it to be after a song on the album and that song in particular is the most personal to me as I’ve lived pretty much every line in that song and the whole album really has a small-town theme to it so it made sense to name it Bet You’re From A Small Town 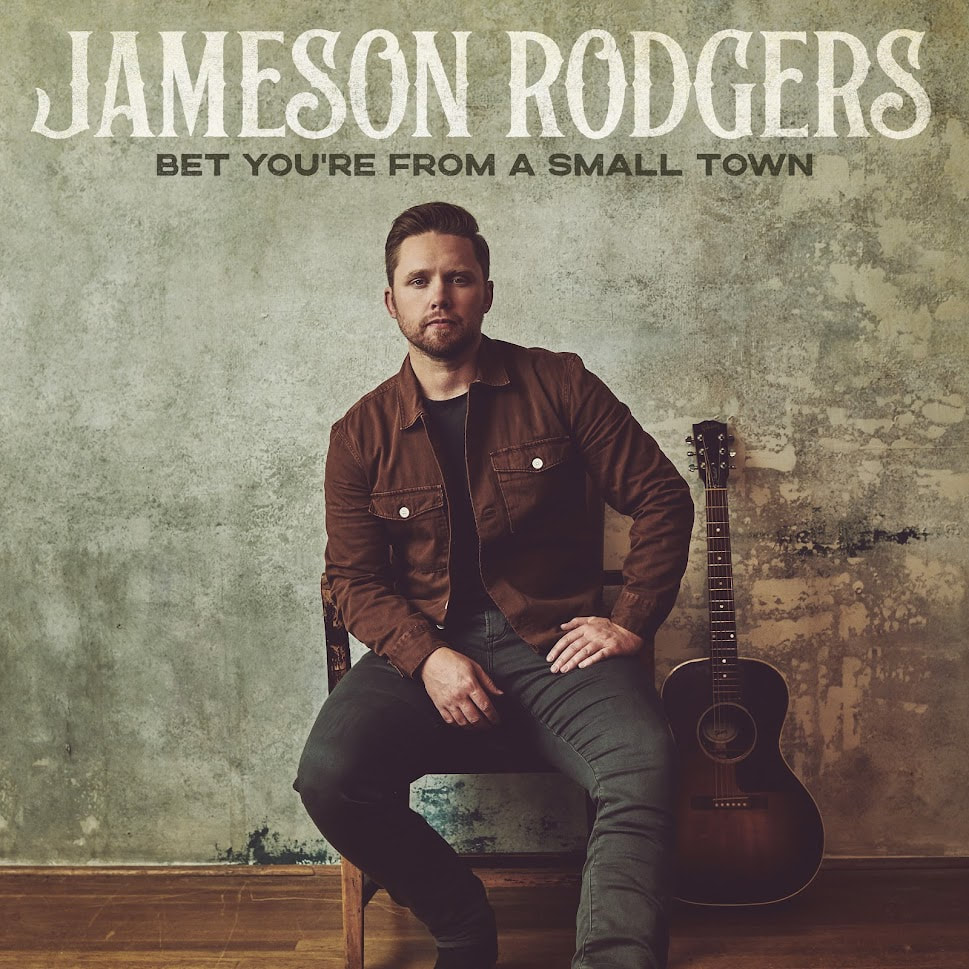 You will be playing a show in California on release night, how great will this be to share it with a live crowd compared to when you released the EP prior to concerts returning in April?
It’s always nice to get out new music but it’s rare to get to put out a full record these days with many people just releasing Eps, so it’s going to be a fun celebration that’s for sure.

You have Thursday night off; will it be a bit of a restless night or is the hard work now all done, and you can just enjoy it?
We will be flying out to the west coast on Thursday night so I’m sure there will be a drink on an airplane somewhere

Since the release of the EP, you’ve only released the opening track – One Day – to streaming sites, how excited are you that there will be eight new tracks for fans on the album?
I’ve only released EPs in the past, so I was just so excited to give people a greater body of work to look forward to. I didn’t want to pre-release too many of them and get to a point where there wasn’t going to be anything for people to look forward to on Friday. I’m definitely looking forward to everyone getting to hear the full album for the first time.
​
One Day has been out for a month now, what kind of reaction have you had to this track?
It’s gone over so well live, we played it for the first time this past weekend. That song just makes me feel something, and I know that if a song makes me feel something then I know others will feel it as well. It’s rock’n’roll and country music all at the same time. It’s definitely one of my favourite tracks on the record.
Have you treated fans to many of the other tracks at live shows?
This past weekend we played Girl With A Broken Heart, Bet You’re From A Small Town, One Day, Close To Anything and a couple more. You know they are going to be fine when the crowd is wanting to sing them by the second chorus, and you know they’ve never even heard the song. You know you are going to be alright.

What was it like rehearsing this songs for the first time with the band?
It was a blast. It was so much fun as we got to add so much more up-tempo songs in the set, and it make the set rock even harder than before. In my opinion, the songs are getting better as the albums and EPs go on, so the set is strong right now.
​
For a debut album you have gone with 14 tracks, how did your label and management react when you submitted that number of tracks?
They were all for it. Luckily, I have the best label in town and the best team, who have all be so supportive of me over the last couple of years. This album has been a two years working progress. We started recording some of these songs two years ago. We would record five songs and then a few months later record another four or five. We ended up having this pile of songs and decided that instead of just releasing another two EPs we could put them all on one album and they love.
But there is still no place for Grew Up in the Country!
I was torn on that one! That song has served its purpose and we play it live every show, it’s still one of my favourites

4 tracks have made the cut from the EP, was it tough to decide which ones to include again this time around?
That was one of the hardest decisions just because some people wanted me to include all of them, but to me that felt like it kind of defeated the point of even putting that EP out earlier in the year. You have to think ahead to what could possibly be singles, which was one of the big decisions to go with those four songs from the EP.

You went all the way back to your very first EP for Girls That Smoke, what stood out about this for you to go back 5 years?
That was one of the tracks that we actually started with a couple of years ago. We recorded it for the first EP, and it got me out of the gate but we went back into the studio with it and looked at recording a different version of it. We made it a little fast, changed the keys and made it higher to give it a whole new life. It’s always been a crowd a favourite when we play it live. Missing one is another older song that I feel like it didn’t get their fair shake back in the day so we will give them another shot on this record.
​
Other than Some Girls, you have a writing credit on every track, does this make the album feel more personal to you?
Obviously I’m a song writer at heart, when I moved here I put my head down and focused on writing and learned how to write over the last eleven years. It’s important to me but I’m not one of those artists that has to write every song on an album. A lot of my heroes put songs that they wrote on an album but also recorded songs by others that they loved – there’s no pride issues for me with having to right every song that’s for sure.
You’ve teamed up with Hunter Phelps quite a bit for this album, what is the room like when you two write together as the list of hits you two have written together looks like it is going to keep on growing?
Hunter is my second oldest friend in Nashville, so he literally feels like a brother to me. It’s just a dynamic duo right there. Even outside of writing, we are hard to bet on the golf course when we are a team, when we are on a soft ball team, we are hard to beat too. There just seems to be some magic there! I’m hoping the hits keep coming together.
​
I know you’ve previously spoken with us about your desire to play C2C, is that first trip to England getting every closer?
Absolutely, I’d love to get over there just for whatever reason it hasn’t worked out so far but if we don’t get over there next year, I can guarantee it’d be soon. 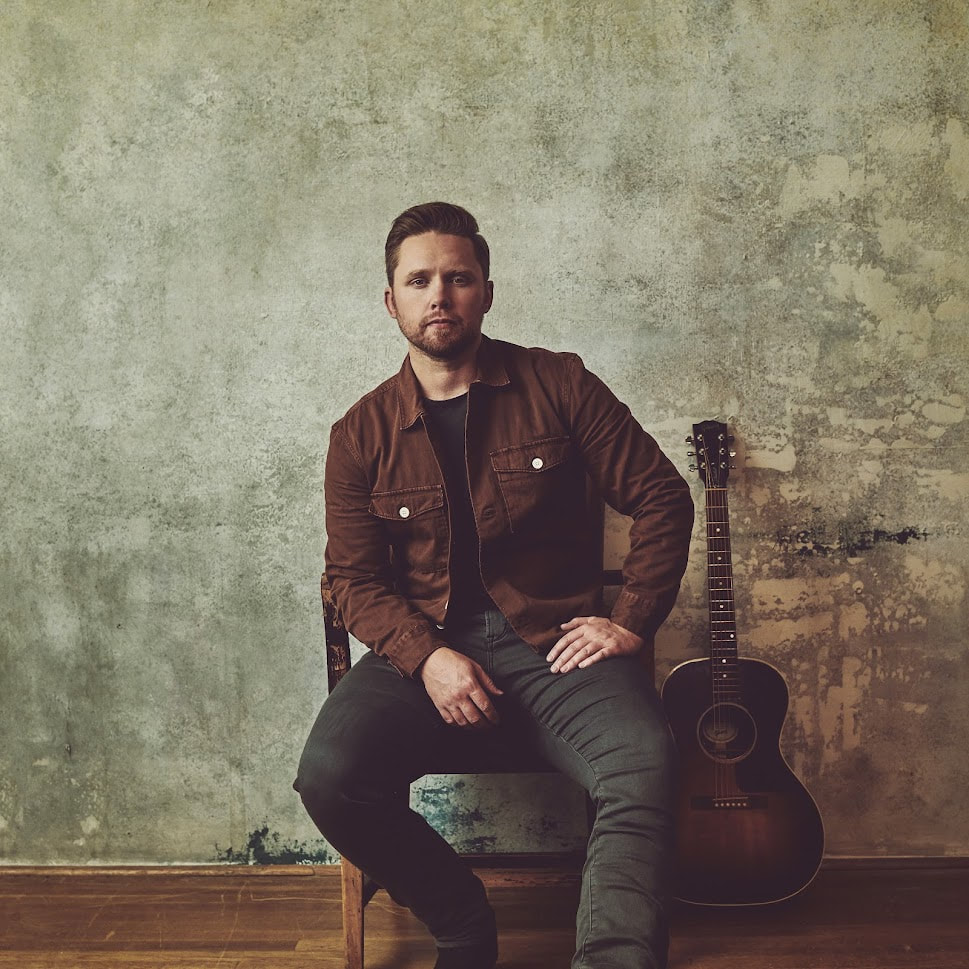