​The Sit Down with Jeremy Ivey

Following on from his dynamic and poignant 2020 release: Waiting Out The Storm, Jeremy Ivey returns on March 11th with his third release through Anti Records Invisible Pictures. Many will know as the husband of Margo Price, yet in his own right is an artist who has portrayed tribulation in the wider world through his previous releases, now comes forward with a reflective perspective on his own journey and surroundings to deliver a record that is encompassing of the state of the world whilst homing in on his own personal interpretation. Ahead of the album’s release we caught up with Jeremy to hear about this upcoming project:
​
On listening to the record for the first time, it had a feel of sounding like a very “British” record musically and melodically that had a lot of the sixties and seventies sounds that you become accustomed to of iconic acts from this side of that Atlantic, so this clearly must be something that Ivey was heavily influenced by musically.
“Yeah, my young influences were The Beatles, Stones and all that but The Kinks really with me and Margo. We kind of met when we were both discovering The Kinks and the first band that we started was very Kinks influenced. It’s hard to pick a favourite but of that era of rock, I think it would be them. The songs are just so good, and they were not masking or trying not to be British or anything, but they really are. So, it’s always been a part of everything. The opportunity presented itself to have a little more production then I gave up the reins to my friend Andrija to take over and he had this vision that somehow lined up. I didn’t expect all of the songs to have string arrangements and all of that but once it happened, I really liked it. The core of me is probably seventy five percent British with influence. Then I started getting back into Elliott Smith, I hadn’t listened to him in a while, and I love the string arrangements in his albums too.”
The producer of the record that Jeremy talked about was Andrija Tokic, who has worked on records for Margo Price and Alabama Shakes as just a few examples of his previous work. I asked how the artist and producer relationship came to be for this record and with a lot of different sounds and musicians involved, whether the end result had grown from when he had originally written the songs?
“There were a couple of things. The label and I decided that we weren’t going to have Margo produce again so they wanted me to find a producer. I’ve known Andrija since the first time I recorded in Nashville with our band Buffalo Clover when we recorded everything at The Bomb Shelter. We were great friends with Andrija and very close but when Margo’s country thing started happening, we just worked at other places and different things happened. When they wanted a producer, it was like this guy’s produced Alabama Shakes and knows what he’s doing. I think he deserves more attention than he gets but what had happened was my friend Riley Downing who’s in a band called The Deslondes had made a record, then like friends do you share things way before you put it out and he sent it to me which I thought was incredible and had all this great production and arrangements. Then I went to Andrija and said I want a make a record, do what you do and get all the players from Riley’s and I want to do that because in the past I’ve used my band. That was kind of it, and he said ok! It happened that way so it was probably three things: hearing the record that he had just done, the label wanted me to work with a producer and I was writing songs that fit the whole thing rather than what I was before that was more Dylonesque and straightforward that might not have worked.”
​
Jeremy’s previous album “Waiting Out The Storm” was released at the back end of 2020 and was finished prior to this so we talked about when the creative and recording process for “Invisible Pictures” took place and whether the pandemic along with the inability to tour had an impact in creating a project that was looking a lot more inwards than his previous record.
“It was more introspection that’s for sure! I guess the records more about myself than the world at large. When I’m releasing a record like right now, I tend to be working on songs for the next one and I’ve got about ten or so that I’ve been working on recently. I put out Waiting Out the Storm after that brutal winter we had here, I guess I was drinking too much and went into a dark place, but I was at least able to write about it. Then we recorded in late February to early March last year when we had that big blizzard and Nashville is not equipped to answer such things. Andrija had said should we cancel it, but it was the only thing I had going and was looking forward to. There were no tours or nothing so this was the one thing beside changing diapers that I could do to satisfy my soul, so I said no, we’re going to stick with it. No one else had a four-wheel drive truck but we do, so I went all around and picked up all the players, brought them to the studio and in reality, what better place to be stuck. It sucks to be in a city when it’s a state like that outside when it’s all dark and the first three days it was just miserable and cold, so we just hunkered down and went through with it.” 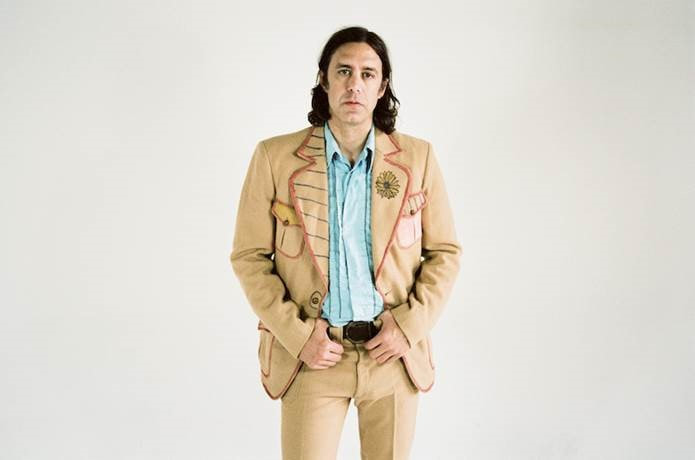 Setting up for the release for the album, the opening track “Orphan Child” was released when Ivey announced the record and this week, he has shared the second song from the album; “Trial By Fire”. This song came about following a night by the fire pit with Margo discussing her consideration whether or not to stop drinking alcohol.
“She has given up booze. Everyone has their own makeup, some people stay away from weed because it makes them paranoid and some people it makes them straight and makes them great, you know? The same with drink and it affects people different but didn’t work for her, it always caused trouble, even if she was doing it moderately it was putting her in a bad place. She wanted to quit but the whole world is geared towards drinking. She didn’t want me to quit, and I haven’t, I’ll still have a drink once in a while, but she was really upset about it and worried about it affecting friendships or people wouldn’t think she was cool, and the song came from that conversation. We literally sat by the fire and talked about it, then the next day I woke up and after coffee, I wrote it really quickly. It’s just that statement of hey, you can be yourself and that’s great, you don’t have to be anyone else. I like it when songs just come to you like that and you don’t have to work because it just pops in.”
Whilst this song was organic and an ultimately quick write that wasn’t specifically written to fit “Invisible Pictures” I asked whether this was how he typically wrote or whether there were times where he was looking to fit this project specifically?
“I write in waves. It feels like I can go dry for a couple of months, but I think that’s why Invisible Pictures works fitting together as a record because it was all written in the same span of time. Those songs were influenced by those chord progressions similar to the bands and artists we talked about. During the pandemic I got to go a little deeper with my guitar playing and learning those progressions, looking up songs that I always wanted to learn that were difficult and challenging myself in that way. I listened to a lot of flamenco guitar, I’ve always had a really strong right hand as far as picking goes so it was trying to get the left hand with the chords working too. I think I’m still growing a lot as a guitar player and I think in my first two records just copped out and let the rest of the band play, but I think my future leans more towards me as a guitar player.”
​
Finally, where I had touched on how this is a very “British” sounding record and that Jeremy has hopped across the Atlantic in the past, we talked about whether this is a record that he would like to come and play for us live over here?
“I would love to! I actually tend to get more love and press from overseas. The UK and France seem to be my two big ones. Coming over as a solo act which would be the plan, you know you’re going to lose money. Margo is about to head over soon and she’s going to lose money so it doesn’t matter how big you are, the first couple of times you will lose money, but I love travelling and I haven’t been since we were over with our old band over a decade ago, so I need to head back!” 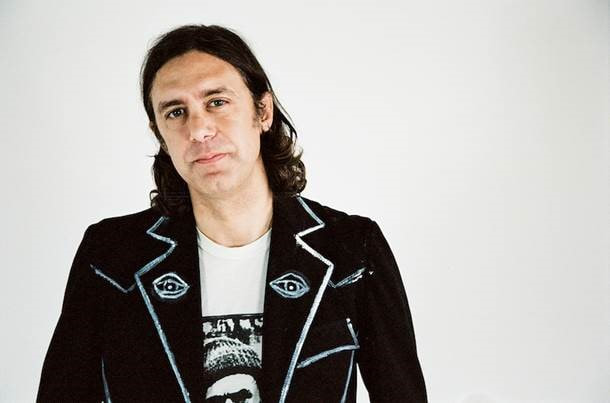 Invisible Pictures Track Listing
1. Orphan Child
2. Trial By Fire
3. Keep Me High
4. Downhill (Upside Down Optimist)
5. Grey Machine
6. Phantom Limb
7. Empty Game
8. Invisible Pictures
9. Black Mood
10. Silence And Sorrow
​
The new album Invisible Pictures from Jeremey Ivey will be released on March 11th through Anti Records and is available to pre-save and pre-order HERE. To Learn more about Jeremy, you can check out his WEBSITE or follow him socially on INSTAGRAM TWITTER & FACEBOOK.