Country in the UK speaks with Jerry Castle

Raised in a small town in the Appalachian mountains, Jerry Castle found his way to Los Angeles in California, Virginia Beach and Hawaii before fully committing to calling Nashville, Tennessee home. Having previously played shows with the likes of Sturgill Simpson and Old Dominion, Castle returns with his blend of “Appalachian Soul meets Cosmic Country” on October 16th to release his new album “Midnight Testaments” which he recently gave us the full lowdown on:

The current state of the world is creating challenges particularly for musicians, so how have you found living through real life Jumanji in 2020 and how have you adjusted to probably the longest you have been in one place during your professional career?
I’ve been on this cycle since probably 2015, spending a year working on a record the put it out and go out and tour for a year so I am somewhat acclimated to it. What’s the hardest thing is in that cycle, this is the year I’m supposed to be out touring, going into it was like I’ve done this before and then it definitely gets to the point. The pro has been that I’ve got to spend more one on one time with my kids and be more hands on which is the cool part of it but then it’s bizarre. Road life is when you are used to getting from point A to point B safely. Have a good attitude, get rest, get set up, play and go to the next city. The energy of that is just a cool energy! I’ve been making do and getting through it but some of my friends have certainly had a harder time managing that, I have friends who are not artists, they are musicians, hired-gun musicians and that is 100% how they make their living which has been really hard on some of them.

The release date for “Midnight Testaments” has been set for October 16th, having been pushed back due to COVID but how long have you had the project finished for and has the period at home made you think about changes to the final tracking?
The record except for the song “Make Do” was finished at the end of last year and was intending to be released in early spring then right as we were getting things ready and lined up to be promoting the album, COVID hit. I think I put out one single at that point: “Tequila and Tears” and yep, it just shut everything down. I think everyone in the industry went well if you can’t go out and tour to support a record because that’s the only way anybody makes money anymore as far as musicians or artists and also how we gain more fans, the most fans is through playing live! It was a never-ending delay of when do we put it out? I think I pushed it back a couple of times and finally do you know what? This record as far as the album cycle for me, had got to be done and I had to move on to the next thing at some point so we finally settled on mid-October and hopefully it will connect enough so it will stick around and I can tour to support the record, fingers crossed spring time of next year would be ideal. 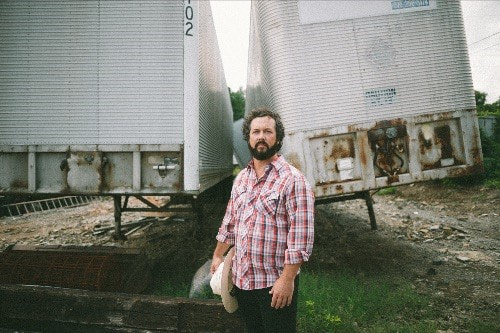 So without the impact of the global pandemic “Make Do” may not even have existed, let alone made the record?
It would not have existed for sure! Back at the end of May, it was late at night putting the kids to bed and I just kind of had that creative feeling that sometimes you need to sit down and write, so I literally went into the studio to see if I could come up with something. I came up with that intro, guitar riff right off the bat and it got my attention that I wanted to continue doing so. I think it was a stream of conscious thing in that was what was going on of here’s the hand you are dealt. You are not in control of this, there’s nothing you can do about it, you’ve just got to make do, make the most of it and enjoy it. I recorded it on my iPhone late at night and got up the next day excited to listen to it, which I’m hesitant with that sometimes as you can be excited about something and listen to it the next day then be like Oh man! That’s a turd! But listened to it and there was something there, I want to do this! East Nashville has taken the quarantine VERY seriously! You can go to neighbouring counties thinking what planet are you from? Trying to figure out how to get “Make Do” recorded, I didn’t know exactly how I was going to handle that? I have a home studio but it felt like an organic song that needed real drums and not programmed drums. So I ended up sending a vocal, acoustic guitar and a click track to my drummer, then he recorded the drums and sent it back to me. Then I did the same with the bass player and the banjo, so that’s how the recording of that track went and it's literally the first time that I’ve ever recorded a song that all the musicians weren’t in the same room at one time!

How have you found the creative process and finding sources for inspiration for songs particularly during the pandemic? Have you found it too much of a struggle or is songwriting almost like Dr. Ian Malcolm says in Jurassic Park and Life Finds a Way?
I heard interviews with the late Tom Petty, where they were trying to nail him down as to where songs come from and his answers were something along the lines of it’s from the ether, I don’t know? Then if he tried to explore it too much and try and figure out the answer, it would go away!

Listening to your sound, your writing and your voice, there really is something for everyone regardless of their preferred style of “country” and has a lot of different influences, so how exactly do you describe your sound and bring your creative process together?
We call it Appalachian Soul meets Cosmic Country! I have been very conscientious along the way of not being a one trick pony, I like to explore different types of music and do different things. The Appalachian part is so ingrained in my soul that there is some aspect of that in everything that I do, even if I’m programming beats and writing a song from that, you are still going to hear that Appalachian, southern part in me. I’m fairly savvy in the studio and I do a lot of my own recording as well so that’s where the playing with delay and playing with reverbs, the kind of cosmic aspect comes from.

I know you spent quite a bit of time living in LA, so how did the journey from the east coast to west coast bring you back to calling Nashville home?
I’m from the Appalachian Mountains which is about 5 hours away from Nashville. I initially came to Nashville when I graduated from college. I am from the mountains but I have always craved the ocean, I had spent some time in Hawaii as well and lived in Virginia Beach so I’ve spent a bunch of time near the ocean. It’s so odd that is what I’m drawn to. I had a producer that I was working with at the time from New York that had headed out to Los Angeles, so I just felt like I wanted to give this a try and see what it is all about! So I moved out there, played a lot of shows out there and got a feel for what the scene was. The things I loved most about that area are the food and because Nashville is such a music centric place where LA is so big but is more an actor centric place so it was kind of nice for everyone to not be a musician. There’s pro’s and con’s to that but ultimately at the end of the day, I need a yard! LA is so spread out, I got used to a certain level of musicianship in Nashville. I came to expect that if I needed this specific guitar part or bass part or banjo or fiddle that I could just pick up the phone to just schedule somebody to come over to my house and do it but that’s not how it is in LA! There’s definitely fantastic musicians out there but there is much more of a separation of them being available from both a cost and availability standpoint! In East Nashville, I’m not exaggerating when I say that everyone that played on this record was within a mile of me and that’s the thing I still love about Nashville. There’s plenty of things I don’t love but I think that happens in any place that you live but I love that the musicianship is off the charts here.

Then finally, what has drawn you to the country scene on our little island across the pond and (when the world changes and makes things a little easier to plan) are you hoping to come and visit us over here?
It’s kind of been an organic thing. My ex in-laws were from Ipswich so I had spent a lot of time with them when they would come over to visit and I would have drinking contests with uncle Ivan. I had some friends that had played The Long Road Festival and I ended up meeting Baylen (Leonard) as a result of that and talking to him. He’s actually originally from the same area that I’m from and hit it off with him then my bass player had just spent the last seven years living in London so plenty of people were saying you should tour the UK, country music is starting to be a thing over there, you should check it out! We were working on putting a tour together right before the shutdown happened and I think it’s made it even more of a focus because I don’t know the promotional efforts would have been as heavy as they are now so now it’s like the anticipation of when do we get to go?
​
You can keep up to date with Jerry Castle ahead of his October 16th release of “Midnight Testaments” on his: Website Instagram Facebook Twitter Spotify 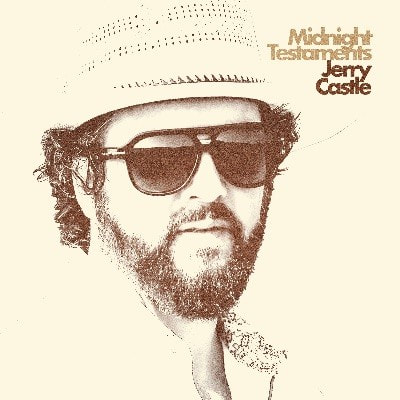