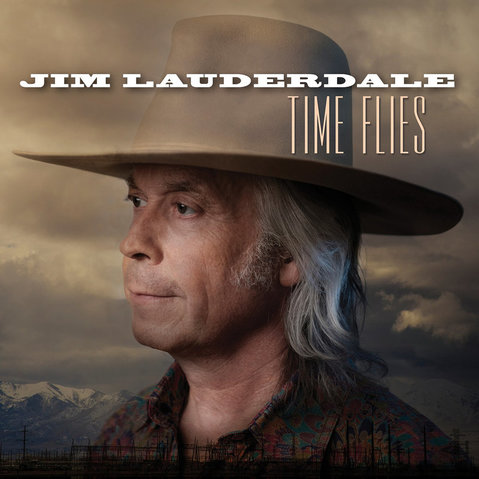 “I don’t fit anywhere,” is a sentence Lauderdale have used before but is it true?

In 1979 a young man, shy of 22, went on his very first musical venture- full of ambition and dreams his one goal was to work with two of his heroes, Roland White and George Jones. Out in the February snow somewhere beating the Nashville blues inside Earl Scruggs basement, sat this young man alongside his hero Roland White singing while swapping tunes of The Delmore Brothers and Flatt and Scruggs, while discovering their shared love of folk to record an album. At this stage, not only did he reach the Promised Land but also accomplished one of the two goals. When the time came to release the record, no label showed any interest or in favour of its release. However, Lauderdale never backed down instead moved on forward and followed his ambition to reach his goals and make his dreams come true. As for the record, like a diamond it got buried in the great unknown.

On one summer merely 2 years ago, headlining The Station Inn with his former collaborator and now long-term friend Roland White the two musicians came to talking at the end of the show, at one point White came forward to Lauderdale and said ‘my wife found the master tapes in the basement.’  Then there, like a volcanic reaction an unravelling of a rare gem was about to see the light of day. Now, I heard of the story a year ago while interviewing Lauderdale and its safe to say I was at the edge of my seat in disbelief with happy tears in both eyes out excitement to hear of such news.

Now 39 years later, marking his 30th album, Jim Lauderdale is to release two brand-new records this Fall - The Lost Tapes: Jim Lauderdale and Roland White and the poignant Time Flies.
​
Born and raised in Carolina to a son of a preacher man and a mother who was choir director - Lauderdale was not only brought up on gospel and country music but also to the sounds of his generation consisting of the Beatles, The Rolling Stones, Cream among others. In fact Lauderdale’s guitar favorite guitar player to this is Eric Clapton. With a versatile background in music, Lauderdale latest work brings all sounds in a series of tales of time passing, fast horses, gambler's blues, a letters of love and appreciating small things in life in collaboration with a set of classic, country rock, honky tonk swirling, smooth jiving, stone baked fashion- one way or the other Lauderdale proves yet again he is and will always be Mr ‘Americana’.
The 13 track, self explanatory, album opens up with the title single “Time Flies,” opening with a mellow pedal steel and a soft strumming of acoustics in the background. Later bringing a sway rhythmic guitar goodness disguising the bittersweet tale of passage of time in life and acceptance the changes that come with it.  The next track, “The Road is a River,” speaks of yet of another change, this time however, of mankind and the vast developing economical growth throughout the world. Now this might be Nashville itself as its been remarkably changing throughout the past few years but it might as well be somewhere else. The tunes hums a Nile Rodgers funky riff coupled with Lillie Mae deleciate tone in the background.

While the second single, “Violet,” is the simple demonstration of gratitude in small things in life - the psychedelic tune seeks the beauty of colour violet and the transformations it goes through as seasons go by. On the other hand, “Slow as Molasses” is no different, the cartoon like ‘high’ toned tune is the modern day story of Shaggy and Scooby taking over a quest to hunt down crime. Still, “Where the Cars Go By Fast” and “When I Held The Cards” arranges a western feel of illusions, riding down the desert sun while being haunted by a gamblers ghost of the past!
As the gamblers blues is set at ease, “Wearing Out Your Cool” and “Wild on Me Fast” is a collection that foresees a revival of 60s Beatnik sounds while a spark of Cole Porter spirit roams around the jazzy tunes.  Lauderdale is no stranger to love ballads, intertwined with his captivating voice “It Blows My Mind” and “If the World is Still Here Tomorrow” is a love letter directed to those who attributed during the tough times in life. The album concludes with “Some Horses Run Free,” a heartwarming journey of two lovers who are yet to discover what lies beyond their dreams in sight of a travel to their destined land.
​
So, to answer the headline question, where does Jim Lauderdale fit? The answer is, Everywhere.

Time Flies and Jim Lauderdale and Roland White are out 3rd of August albums are  also available for Pre-order  via Proper Records UK.