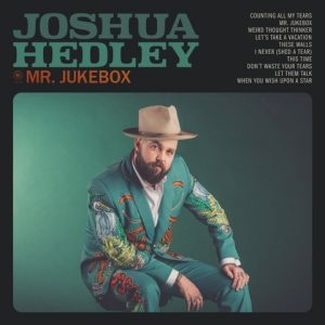 ​The classic country sound has seen a resurgence in recent years and we may be about to add the name Joshua Hedley to the list of artists at the forefront of this wave (who is signed to Third Man Records - the same label as Margo Price). The Florida native may have packed his bags like many musician and made the move to Music City at the age of 19 in the role of a fiddle player, however at the age of 28 he began writing his own songs. Of his debut album Hedley has said he wants the listeners to “remember they have feelings, and that they’re valid.” For fans of Merle Haggard and some old school country singing this album will certainly get your full attention. I’ll warn you now though, if you’re listening carefully to the lyrics you may need a box of tissues close by!

As the intro to Counting All My Tears kicks in you are instantly thrown back in town to a time before the country music genre was hard to define what was and what isn’t country with a sombre tale of a lonely person reminiscing over better times.
The title track, Mr Jukebox, picks up the tempo from a unique point of view - the jukebox. It’s always there in the corner and is ready to provide the perfect song for a first dance or the pick me up song when you’re feeling low at any time.
Weird Thought Thinker is close to a mini autobiography about a musician grinding out life on the road going from bar to bar and always having people to talk with and stories to tell as you go from town to town. Having left the road, Hedley now looks to save a relationship with Let’s Take A Vacation and use the time to rekindle love and go back to where it all began
Earlier we had the point of view of a jukebox and now Hedley asks what sad song the walls would sing and questions the things they must have heard and seen over the years in These Walls if they were able to sing, hear and talk.
After trying to save the relationship earlier on, now the relationship has come to a mutual end  in I Never (Shed A Tear) when no hearts have been broken but each party has moved on. If you have any tissues left, the heartbreak continues with This Time as an unhappy person has finally had enough of a relationship and has left for the last time in the middle of the night and has no intentions of looking back. The sombre tone continues as Don’t Waste Your Tears asks the other person to move on for the better in the long run even if it doesn’t feel right in the short term
Put the tissues away, Hedley has a happy upbeat tale for with Let Them Talk. Locals find out about a new relationship and all want to know the gossip and what’s going on behind closed doors as soon as possible.
A very familiar song from everyone’s childhood brings the album to a close. When You Wish Upon A Star needs no introduction and is a fitting end to album which tells so many tales of the ups and downs of relationships and experiences that most people would have experienced in their life.

Hedley has shown with his debut album that despite the wave of pop and rock infused country music we are now becoming accustomed to seeing released there is still room for the old-school traditional sound that will never go out of style and he has demonstrated he is only going to do it one way - his way. For many this album will be welcomed as a much needed step back in time to the roots of country music and without a doubt when playing live the crowd will be listening to every word.

Mr Jukebox will be available across all platforms from 20th April.