Don Henley of The Eagles once praised Harris music in an interview with ‘Hey Reverb’ saying “thoughtful, authentic music.” 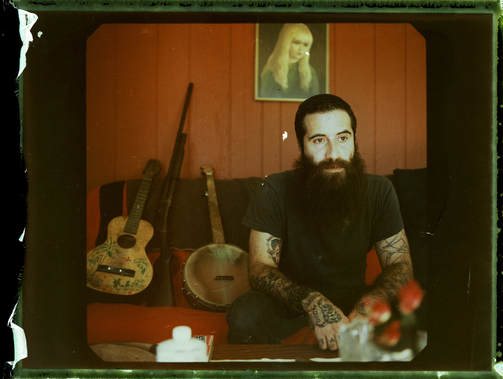 In today’s mass-market produced music it’s hard to pinpoint or describe what is 21st Century Country music. With Nashville remaining one of the largest cities to produce Country artists, Music City seemed to have lost its way while time progressed. Sure, it paved way to many celeberted artists such as Willie Nelson, Cindy Walker, Dolly Parton and Waylon Jennings. However, as time went by like a burning candle only the tip remained while the wax kept on burning low. What was then country music is now mass market produced product. In the light of such change, the rise of independent labels, internet and social media introduced hope for individuals who are keen to continue pursuing the true form of ‘Country Music’ while keeping the tradition alive. As a result, the Americana movement took place in which helped shape back what country music was all about when it first began in a form of ‘3 chords and the truth’ all sheltered beneath Umbrella metaphor. Ultimenly, Alabama born JP Harris is one of few musicians to have kept the tradition alive alongside his fellow contemporaries today.

After a 4 year long hiatus, ‘Sometimes Dogs Bark at Nothing’(Out 05/10) is a set of songs deprived from the songwriters reality, from struggles, modern day love and travel. Born and raised in Alabama, Harris made his voyage into the big world at 8th grade on one late summer's night taking a Greyhound bus bound for somewhere and never looked back. Despite not picturing himself as a full time musician instead a carpenter, Harris is like modern day Huckleberry Finn born for adventure and to play and sing what his heart desires most ‘Country Music’ while possessing multiple titles expanding his ventures in life from a Farm labourer, a Woodsmen to a Shepherd.

The 10 track album opens up with JP’s Florida Blues #1 a synth-full energetic 3 minute piece of southern rock n roll artwork track tells of Harris dazed touring days in Florida with his band ‘The Tough Choices’ meanwhile, ‘Lady in The Spotlight’ is a finger picking tune with a gentle whisper of a voice that shines a light on how gender imbalanced and vulgar the music industry can be towards females. ‘When I Quit Drinking’ the first single of the album depicts a candid inside look into the songwriters drinking days. The close to heart tune showcases Harris quivering vocals in one his personal songs yet!

Other highlights the album features including ‘I Only Drink Alone’ a modern day honky tonk ballad meanwhile ‘Runaway’ begins with a steel pedal in a bittersweet track illustrating a life of a traveling man, a runaway that never knew how to settles down as the chorus goes. “I was born a runaway, leaving comes natural  that's what they say, guess I’ve never had the mind to pay to stay in nowhere long”

Working with producer Morgan Jahnig of Old Crow Medicine member Harris recorded demos of his favorite tunes and sent them over with strict instructions “Take five days to think about these songs. Please write notes of whatever ideas come to mind. Please don’t talk to each other about it. Let’s all just get in the studio on day one and compare notes as we go.” hence fulfilling Harris ambition with an unscribted, awe’insparing recording session resulted in unearthing an indescribable original set of songs “We had no pre-production. There were no rehearsals. We basically had a whole studio full of multi-instrumentalists, a six-piece band total, for the whole recording session. Everybody played at least two instruments. It was a really interesting way to do it and I think it helped us avoid anybody, including myself, overthinking the songs.”
In spite of years touring, writing and recording music, Harris hopes for nothing but to inspire others with his simple yet distinctive approach to songcrafting “I’m just hoping that me coming to the table without gimmicks or cool-looking costumes or fancy vintage jeans—just the grubby guy I am with a sleeveless shirt and a pair of boots on—is enough to get people into the music.”