CitUK sits down with Julia Cole 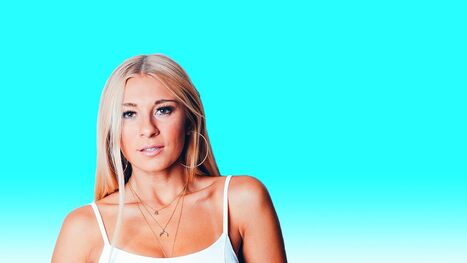 Julia Cole is in the middle of her first full European tour, supporting Canadian band, James Barker Band. As the tour made its first stop in the UK we caught up with Julia to find out more about the Houston native.

She wowed the crowd at London’s Bush Hall during her short set and many in the room would have been disappointed to hear that her headline date on Friday 15th at Buck and Bull Saloon is already sold out. During the set, a technical fault didn’t even deter Julia from impressing the crowd as the a cable was thrown to the ground and Julia stepped away from the mic to sing without it. The crowd went into a total hush to ensure everyone in the room could hear every single word.

How was the first night of the tour, in Dublin, supporting James Barker Band?
Awesome, it was so fun. The fans are just into in, it’s so great

Did you tick off the Dublin tourist destinations?
Absolutely, I went to the Guinness store house, Dublin castle and of course to Temple Bar. From the venue we went to a place called Wow Burger - we all went before the show and then we all went after the show and got more burgers!! They had these garlic truffle fries, milkshakes and the burgers were fire. We did plenty of Guineas tasting at the store, but there was someone with us who doesn’t drink Guinness, so we got all their extra too. We all tried all the different kinds of beer in there! I even brought a Guinness jumper and then wore it on stage last night, I’m going to wear it all the time - I love it!

Is that the first time you’d been to Dublin?
I’ve never been anywhere on this tour except London, so every stop I’m making will be my first time there.

Is there any date you are looking forward to while with James Barker Band?
I think tomorrow we have a day off in Amsterdam and then another full day so I’m pretty excited about that.

At the end of next week you are back in London for a headline show with a full band. What can we look forward to for that show?
It’s going to be pretty fun and it sold out last week so I can’t wait.

You have just released two new singles, can you tell us about that?
Yeah, five days ago two singles came out as I was like I need to get some music out for you guys before I come on this tour.

It had its worldwide debut on country hits radio.
I was really excited about this tour and wanted to say thank you to the uk and Europe for having me so here’s some music before anyone else gets it and give them some extra time to hear the songs before the rest of the world does.

I’m sure many will know the words already!
Everyone last night was so fun and that was just stop one so I think it’s going to be a crazy few weeks

What reaction have you had to the tracks?
The best reaction I’ve ever had, I think it’s nice that these are following Trust You as that song ramped up the momentum and people were ready for new music. It’s the most quickly eaten up release I’ve ever had.

When you’ve had a million streams on Spotify alone for Trust You, how much pressure is there on these releases?
I wasn’t feeling any pressure, just excitement because trust you finally got a million ears paying attention to the musical project I was doing. Now when I release something, it feels like there’s so many more people that I’m releasing it for. It didn’t really add pressure, I think it made me more confident as people had been asking for more than just the one song!

How much of a boost was it to have Trust You added to so many key Spotify and Apple country music playlists?
I couldn’t believe it. Those teams were so supportive and can’t make that happen. There were so many people reacting to the song, adding it to their playlists, liking it by clicking the heart and based on that it kept growing and is now growing at a faster pace than it was on release in February.

How much have you Texas roots influenced you?
Yeah, I grew up in Houston and actually grew up playing piano and did not know how to play guitar! I started singing the national anthem at my own volleyball and basketball games. Then I started singing for everything in Houston - Texans, Astros, NASA, Houston Dynamo and that allowed me to figure out there is a music industry and I started working with a lot of the Texas country folks, although, it was pretty obvious right of the bat that I wasn’t Texas Country. They were like, you’re sitting here playing Adele cover songs on the piano but you’re singing about country stuff - you should probably go to Nashville and figure out your sound! Nashville was really where I needed to be, everyone there told me to move.

How much did Nashville mould you?
Oh god, it taught me everything I know about the music industry. What people don’t realise is that there’s so much infrastructure there that doesn’t exist anywhere else and there’s so many people there with so much talent, success and knowledge you can learn from. The source is endless that you can keep pulling from to get better and better and better. The rate that you can get better in Nashville is so much quicker than anywhere else. There’s just so many incredibly talented people surrounding you.

Did you have a plan of action when you first moved?
No, I played volleyball and went to college there. I interned in a few different places: publishing houses, management houses. I really didn’t know how it all worked - it is very confusing to anyone who hasn’t done a deep dive into all the things that go into the music industry. There are about 9 companies I list off when I say who I’m signed with. It takes a village for something like this work. Obviously, music comes first. If you know the ins and outs of everything else it makes it so much easier to be efficient with what you’re doing. Especially when, like me, you are independent and have to fund everything you’re doing. Now I know how things work, I can allocated my money more efficiently and put it into the right things. It took a lot of learning but after a couple of years I was ready to hit the ground running. I started touring and was able to figure out what my actually sound was. I started to write songs in high school and when I got to Nashville I was looped in with so many incredible song writers and It moulded me into a real songwriter and am forever great full. I have now written with hundreds of writers and every single co-write allows you to learn. You learn how they approach songwriting as a whole and find a different to play your guitar, a different way to programme a track. Every single time I’m writing I retry to suck up the knowledge as I go.

When you were first asked to do those national anthems, what was the dream?
I was stood there in full uniform, sweaty from warmups as we had already done our stretching and running. We would all be stood on the sideline ready to start and I would run over sing the anthem and then run right back onto the court and start the game. That was for four years, every single game. At that point I had even begun to think about going to Europe to sing, I was just trying to figure out how to play guitar. It’s crazy to be here. If I could tell my high school self right now I’m on a European tour I would cry or go buy a gallon of ice cream as I’d be so excited.

Is there anything for us to look forward to from you in 2020?
I have more music already done and it is ready. We are working these two new tracks and have a ton of other content for them still waiting to be release - acoustic videos, lyric videos, vertical videos. I think we’re just waiting on what the fans say is the right time to get more new music out. There’s another two that are already done, mastered and in the project. It’s really an EP but I’m just releasing them one by one. They’re all done, let’s just wait and see when they’re released as I might even be more excited about the next two and can’t wait to put them out.