It’s been nearly 3 years since Kane Brown made his UK debut in a one off London show at a sold out Kentish Town Forum and this week he returned for another sold out show, but this time his Drunk or Dreaming tour was part of a wider 9 date European tour with 4 UK dates, including a London capacity upgrade to Hammersmith’s Eventim Apollo. Most recently, Kane has released his new album Different Man and this would be an opportunity for fans to get their first sound of these tracks live.

We headed to Hammersmith to see Kane close out the UK leg of the tour and a chilly Saturday night in the capital was not going to scare people away as the queue snaked around the front of the venue several hours before the venue even opened to see he perform fan favourite tracks and those from his 2022 album Different Man.
​
For this tour, Kane invited Restless Road along from Nashville to be his opening act. Having been formed from individual entries by Simon Cowell during the 3rd season American X Factor they would go on to finish in fourth place, but the band (and this tour) could have looked very different had a potential fourth member accepted the invite to join during the show - one Kane Brown!

Restless Road we’re making their European debut and we would not be surprised if we saw them again in the near future as they certainly seemed to please the London crowd during their thirty minute set. They will certainly be pleased with the number of people who got to the venue early too to watch their acoustic set. One song that many seemed to know was their closing track -Bar Friends - but I’m sure many will have gone home to listen to their debut EP which featured a track with Kane and their latest single, which came out the night before the show, On My Way.
As Restless Road exited the stage, you felt a buzz of excitement in the crowd for what was to come when Kane Brown hit the stage. Entering the stage to ‘Riot’, the evening was about to prove that no expense had been spared for this tour with the giant screen behind the band and pyrotechnics being used on stage for most songs added to atmosphere throughout the 19 track set.

The crowd would be singing along and filming most their favourite songs with clear crowd favourites Hometown and Like I Love Country Music appearing in the first few songs to really get the energy pumping through the Hammersmith crowd. Kane’s wife, Katelyn, would join him on stage for a duet of Thank God as the band, and Kane, were able to show they could offer the same energy for the high tempo and slower tracks. The phones would be out filming One Mississippi, before one of the more intriguing parts of the night began - a mashup of the songs that made Kane Brown what he is today. Brown is certainly an artist that blends a variety of genres and a five track medley was about to show why that is. Ranging from an a Capella rendition of Ol’ Red to a full throttle version of Crank That (Soldier Boi), Kane was able to share the obstacles he faced during his childhood, schooldays and deciding to not pursue the X Factor route and instead turn to releasing music on social media. 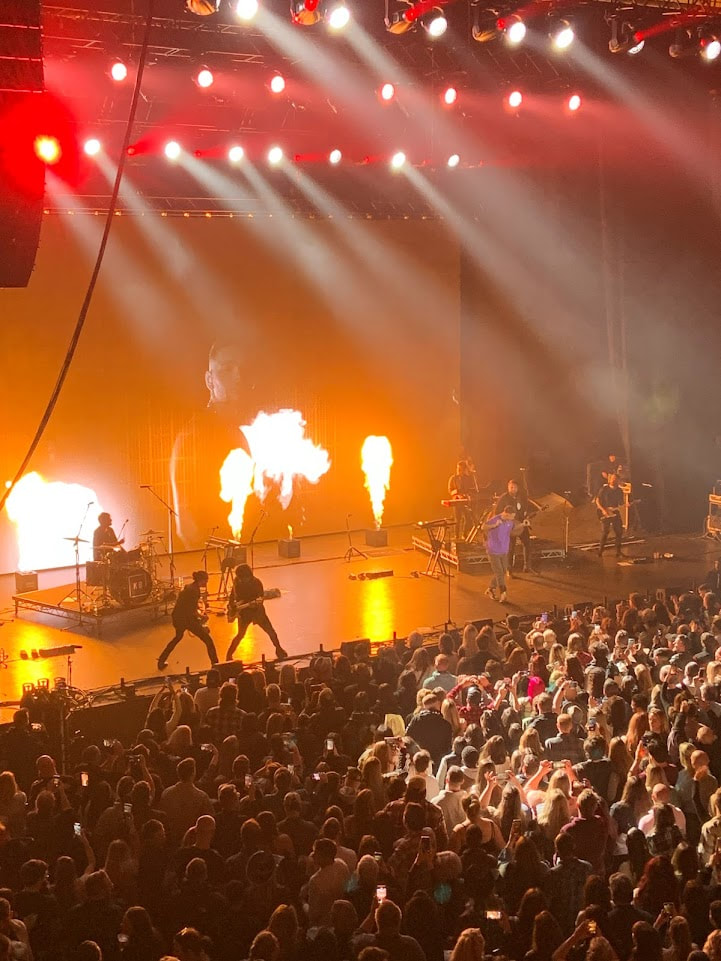 ​Kane would later give the crowd an insight to what Restless Road may have looked like had he accepted a place as they returned to the stage to join him for Famous Friends. As the evening came to a high energy close, the crowd would have been desperate to hear more, but as Brown closed out with What Ifs, it was done in a way that felt like there had been two encores when in fact there wasn’t even one. As the band kept playing on stage, Brown would leave the stage to meet and take photos with the fans at the front making sure they would have a lasting memory of a fantastic way to start another exciting year of country music in the capital.
As the tour heads to Amsterdam, Germany and Stockholm in the final days of January, I’m sure we won’t be needing to wait three more years for Brown to return this time. He has shown during this tour that he has the stage presence to look at home here and I can easily see him as an exciting festival headliner over here in years to come and there’s no reason he won’t be following in Luke Combs’ footsteps on his next visit and looking to perform multiple dates in the city before some of the countries biggest arena venues come calling.