Country in the UK's Essential Eight with Kyle Daniel 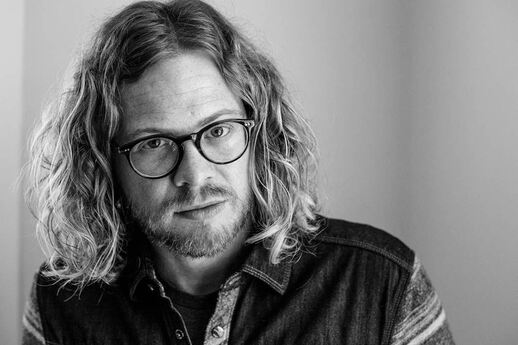 It was six months ago when we last sat down with Kyle Daniel. That time, it was in the press room at the Country 2 Country Festival in Berlin, Germany and at that moment there was no way to predict that when Kyle released new music this month the world would still be in the midst of a pandemic which cancelled his scheduled 4 appearances at the London C2C event the following week. With Kyle recently his first new music since March 2019 - This American Dream and Hollerin' Hills - we caught up with the independent artist this week to find out a little more about him by giving him the chance to choose questions from our Essential Eight selection.

Did you have a musical mentor? If so, who was it and how did they influence you?
- Greg Martin from the Kentucky Headhunters. Greg took me under his wing at an early age, after I saw him play with The Mighty Jeremiah’s (Jimmy Hall, Jack Pearson and Greg Martin). I will never forget the evening I saw these three powerhouses absolutely school the audience on southern soul and rock & roll. After the show, wide-eyed and amazed, I approached Greg about giving me some pointers. He agreed, and I remember that I used to meet him at a music store in Glasgow, KY with a sack of White Castle hamburgers (because he told me your hands needed to be good and greasy to play slide guitar and the blues) and we would sit for a few hours just talking shop. He taught me a whole lot about finding my own voice as a guitarist, and pushed me into many scenarios that would not be possible without his endorsement. My time playing with Jimmy Hall was one of those endorsements that I will forever be grateful for. Greg has been a driving force in my entire career and still to this day is one of the greatest humans/players I know.

Where do you draw inspiration from when writing?
- I always default to writing about things that I know. I don’t really care to talk about things I have no clue about, but sometimes it is nice to explore a territory I have yet to dissect as a songwriter. My purpose as a writer is to connect people, speak the truth as I see it and make as big of an impact as possible. I don’t know that you can really do that when you sing about things you’re not familiar with. Something tells me at that point, you lose the honesty and the conviction behind your songs when you sacrifice your musical integrity.

Who would you love to collaborate with?
- I would love to do something with Bruce Springsteen. I have always admired the raw conviction in every single word the man sings, and I think we could really do something powerful together. So, if anybody knows “The Boss,” tell him I’m ready!

Have you met any of your heroes? If so, how did it go?
- I have! They always say to never meet your heroes, but I had to! Gregg Allman was absolutely everything I wanted him to be and had pictured in my mind. Very cool, laid back and such a kind man. You could just tell that he had lived a full life and had probably seen some things most folks would never talk about, but he hadn’t let it cause him to become jaded or bitter. Man, I even got to go on his bus and hang out. Who gets to hang out with their hero on their tour bus?!? I’ll never forget that day at Stagecoach Music Festival, for as long as I live.
Is there a professional “bucket list” item you would love to check off?
- I have always dreamed of playing at Red Rocks. Something about that venue is breathtaking just from pictures I have seen, and people don’t go there to socialize; they go there to listen to music. Growing up on “jam band” type of music, many of my favorite acts have played there and I would love to someday touch that stage.

What has been your biggest struggle so far?
- I think if you’re not struggling through life in general, you’re not living to your fullest potential. No one gets everything handed to them in life and I believe that hard work and dedication come with their fair share of let downs. In the music business, there are thousands of artists battling for the spotlight and it’s just a tough business all around. I do feel like those who are able to persevere and be tenacious within their craft will succeed by standing the test of time. As far as music struggles for me, I feel like the biggest hurdle has been trying to spread my music to the masses. It’s very difficult to play ball as an independent artist, so every success along the way shouldn’t be taken for granted. I truly believe that this upcoming year will be a defining moment in my life.

Favourite (or first) concert you have ever attended?
- I’ll never forget the first time my Dad took me to see the Allman Brothers Band at Starwood Amphitheater. Oh yea, and Lynyrd Skynyrd was opening up! WOAH! I had never experienced anything like that in my entire life, and I’m not positive even to this day that my Dad realizes what that show did to my soul. He introduced me to “good music” as he called it, at an early age. When I heard “Ladies and Gentlemen, the Allman Brothers Band” and they tore into Statesboro Blues I was floored. That slide guitar turned me inside out it felt like. It felt so familiar, but I had never heard anything like it before. Instantly I was hooked on that southern sound and haven’t looked back since. It became a part of me that day.

What’s the best advice to give to a musician just starting out?
- Do not EVER give up! If this is something that you want to do, the sky is the limit. Follow your heart, always. Do not believe them when they tell you that you can’t do something. Listen to your instincts when it comes to your art and don’t sacrifice for anyone or anything. This game is not easy by any means, but if this is your dream…give it absolutely everything you’ve got. I believe in you!
Hopefully, it won't be too long till we can welcome Kyle back to Europe as following the success of his Country Music Week performances he certainly has unfinished business this side of the pond and we are delighted that he will be bringing new songs with him on his next visit.