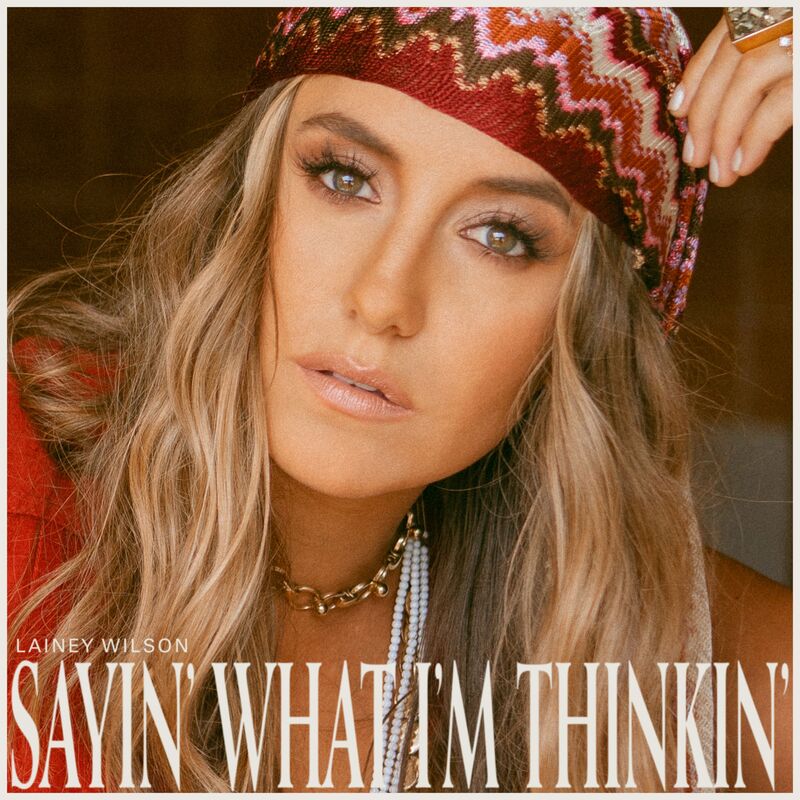 ​Buzzed-about newcomer and “one of Country music’s most promising young stars,” (Whiskey Riff), Lainey Wilson today announces her hotly-anticipated studio album, Sayin’ What I’m Thinkin’ will be available to stream/download on February 19th 2021 via BMG/BBR Music Group, with a physical CD/vinyl release to follow on April 16th. Those who pre-order or pre-save the digital album will immediately have access to the brand-new track and album opener, “Neon Diamonds” (a song which a prominent TV booker said he hadn’t “heard a more perfect ‘grab-you-in’ start to an album since Thriller”).

A prolific songwriter, Wilson co-wrote every song on the album, generously and courageously sharing her thoughts, stories, feelings and heart with the world. The lyrics, rooted in messages of honesty, thoughtfulness and authenticity showcase the Louisiana native’s awe-inspiring self-awareness, empowering others with her strength through vulnerability. As producer, GRAMMY® Award-winning mastermind Jay Joyce brought Lainey’s signature “Bell Bottom Country” sound to life, which blends traditional Country with a funky, yet modern flair. The Boot also notes her sound as “a cross between easy listening and hard truths.”

“I am proud of every piece of this record and all the people that have helped bring it to fruition,” said Lainey Wilson. “Finally being able to share this body of work is the most fulfilling and rewarding moment of my life thus far.”

Sayin’ What I’m Thinkin’ includes her current radio single, “Things A Man Oughta Know,” which has garnered more than 35 million streams, earning a place on Spotify’s Nashville’s Worldwide Hot 50 and has been in the Top 5 consumption per spin and streams per spin for the past 17 consecutive weeks. A fan and critic favourite, the song was featured in NPR’s Best Music of 2019 saying it, “proves [Wilson] capable of blending a thoroughly countrified vocal approach with digitally sharpened contemporary production, thanks to the suppleness and body of her honeyed, crystalline twang.”
Already having music featured in the hit series Yellowstone three times, the rockstar performer has earned a host of recognition as a rising star—being named to a slew of “ones to watch” lists (Pandora, The Boot, Sounds Like Nashville, etc.) including MusicRow’s “Next Big Thing 2021,” being a part of CMT’s Next Women of Country and CMT’s Listen Up programs and being featured in publications like Forbes, Rolling Stone, New York Times, Billboard and NPR.
The “vocalist of unmatched talent, humbled by her characteristic humour and wit,” (American Songwriter) will return to the Grand Ole Opry stage Saturday, February 20th as part of her week-long celebrations for the album’s launch. Additional launch plans will be announced in the coming weeks.