The Sit Down with Lauren Housley 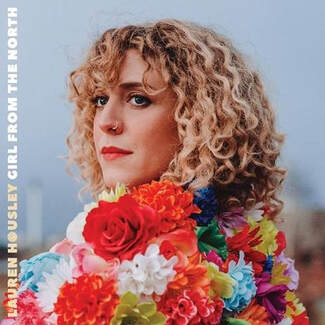 Human nature and the way of the universe always manages to bring a strong pull to where you grow up and ultimately whether unintentionally or by choice, always seems to at some point bring you back home. That is exactly what happened to Lauren Housley, when she was living in Manchester and was planning a potential move to London BUT fate intervened and she found herself heading back to her hometown where she began work on her third album “Girl From The North”

After her previous releases received support from Bob Harris and BBC Radio 2, this new release which is out now (Listen HERE) was shared over three years since her sophomore record. We recently caught up with the super bright and bubbly “Girl From The North” to talk about the record along with adjusting to life as both an artist and new mother whilst in the middle of a global pandemic.
“It’s been interesting seeing it getting a little bit back to normal. It’s a bit weird really, I work out of an area called Kelham Island which is quite an industrial part of Sheffield that was pretty run down about fifteen years ago and it’s now really up and coming. There are loads of studios there, like mine and there are a lot of hipster type coffee shops, so it’s a proper cool area now with all these bars that have opened up in the last couple of years. So, after the last year when they haven’t been open at all to seeing everyone sat outside having drinks in the sunshine is like life getting back to normal. I think I’ve kind of escaped a little bit of the weirdness because I have had a baby in the past year which is like being in a little bubble anyway and a bit of a recluse I guess as you can’t go out and drink anyway and you are a bit more restricted in that sense so it has not felt so strange to me until recently. I’m back at work and everything now so getting to be a bit more out and about but although the timing has been a bit weird, it has been in a good way I guess.”
​
With entering into motherhood for the first time, did the pandemic strangely help in terms of timing to be able to take full advantage of being a new parent without having to step back so much from being a musician due to not being able to tour anyway?
“Especially as I work with my husband and all my friends are in the band, part of me thought it would be so weird as they would all be out still doing their thing and I’m going to miss out. Then, because of the pandemic, I haven’t missed out on anything as there hasn’t been anything to miss out on. I think I spent more years wondering how I would transition into being a mum and still doing what I do, I spent so much time pondering and worrying over it and in the end, it’s not even been a thing at all. I am very pleased for me and everyone else that things are starting to get back to normal.”
How long has the “Girl From The North” been in the works and how much have the pandemic, your pregnancy and raising a baby affected the writing, recording and release of this album?
“It’s so weird thinking back now, to the time of leaving Manchester and possibly moving to London. I wanted to do that at some point in my life to at least live there for a little while to say that I have done it. I do love being in London and we were just going to see what it was like but then we left Manchester and ended up moving back home. The day I moved back, I got offered the studio space and it was a weird opportunity that presented itself so I thought to myself that I’m going to just snap this up and see what happens. In terms of the album, some of the earlier songs were written but the idea of a full album again seemed like such a big task as an independent artist but I just knew I needed to do it. Me and Tom have been together a long time and we just kind of handed the life over to getting the studio and recording this album which I’m so glad we did. I found out I was pregnant the day that I started recording so things were very weird. We had a drummer coming over from Manchester with all of his heavy gear and normally I help carry everything around but I had just found out that day and wasn’t going to tell anyone, so I was trying to think of so many excuses why I wouldn’t be lifting stuff. Thinking back to preparing this album and just finding out I was pregnant, then also I hadn’t planned for a pandemic so, the timing has just worked out for me because we were able to finish the album probably about two weeks before lockdown was announced. We had just come back from New Orleans and doing Folk Alliance, spent a bit of time in America which was amazing because I wanted to do that before the baby arrived so we travelled around a little bit, then got back and finished the album. Then, we found out that things were getting locked down and all the tracks were finished but had we not been given this deadline of not being able to leave the house, you never know? You might end up tweaking things.”

So, this has been a process that has just fell into place and not being purely the result of the last twelve months?
“The seed for this album was planted quite a long time ago, maybe even three years ago now with the “Girl From The North” idea and I guess the earlier songs that were ready. “Stay Awake To Dream” was the first one and I didn’t even plan on putting it on an album at that point, it was just going to be put out as a single. It was recorded at a friend’s studio where I had recorded a lot of my previous stuff but I needed a place I could just relax with no time restrictions or outside influences on the creative side of it. I’ve written all of my own songs but production wise I’ve had a lot of other ideas coming in from different areas. I just wanted to let loose a little bit and enjoy making music. When the opportunity came to have a studio in the town centre of the town that I grew up in, all of these pieces came together, every single day me and my husband would get up and walk to the studio, then spending the day there experimenting. Honestly, nobody was waiting for this album. We were just doing it for ourselves really and doing it to create something that people would enjoy but there was no pressure and when things were not in a great place personally, it has been an absolute saving grace really and I’m excited for people to hear it.”
​The new album draws a lot from where she grew up and in particular with the title being the “Girl From The North” so was the intention of this very cohesive project built up from this idea as a concept or did it naturally just piece together?
“The “Girl From The North” thing came from two different angles but pretty much at the same time and it was like Oooh this is interesting! I definitely wasn’t thinking that all these songs are centred around that idea but when I moved back home I guess I naturally shifted into this frame of mind. I didn’t think I would ever move back, not because I don’t love the place but where you expect to be as a singer-songwriter and where you expect to live, I guess. London being one and Nashville being another, people thought it was a strange move to move back but it did actually allow me to really focus on writing songs and as cheesy as it sounds, just believing in myself again. For a little while after “The Beauty of This Life” there were some external pressures of hearing you should be writing like this or do that and I just can’t work like that. My songwriting has to come from somewhere deep and if it doesn’t I think people can tell, so it was just getting back to focusing on that really.”

One of the beauties about Americana as a genre is that it has the wider spectrum to encompass a lot of different sounds and influences which allows a lot more creative freedom to flow whilst still creating a pure and cohesive project.
“I think there’s a variety of different influences creeping into this album and you can hear it. If I didn’t have all of these things in there then this project wouldn’t have felt true to me because I am inspired by so many different styles of music. I think if it was being shipped to A&R, someone might have been looking at how you couldn’t put that onto this album with that but it is me and to me it flows really well. I have written all the songs and it is me on the songs so they are all coming from the same place.” 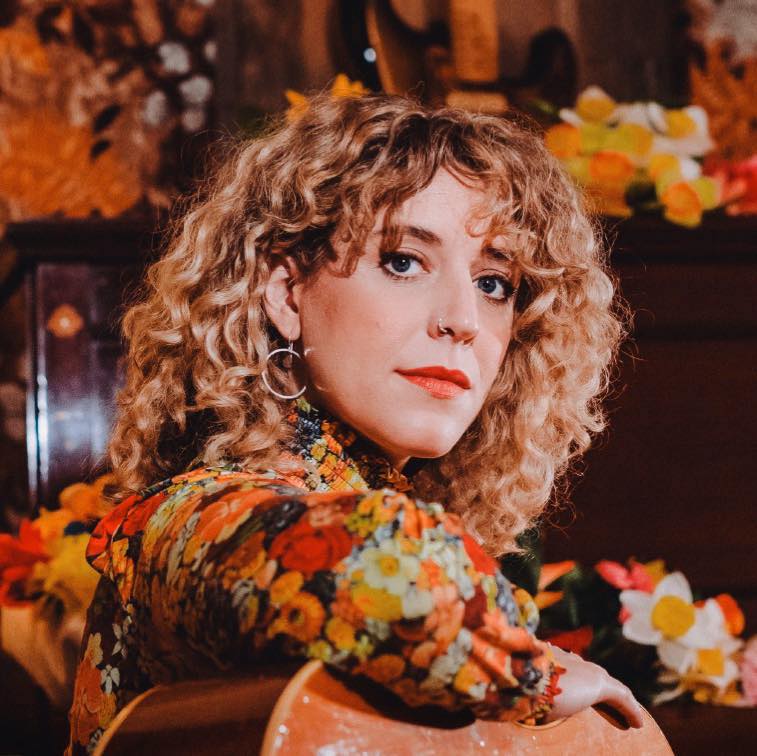 How did she discover Americana and find it was the home for her music?
“When I think back, he’s been a really big supporter of me and I can’t believe it but I put it down to listening to Bob Harris on Radio 2 and getting what he was playing. The stuff that he was playing on the radio would keep me going on really long drives back from gigs and every song that came on I would really relate to. It was like we had not really found a home for what we did until that penny dropped. I had looked online and saw that he was on a panel for the AMA UK at Maverick Festival, I didn’t know anything about this whole thing really but just really wanted to meet Bob so me and my husband bought a ticket even though we couldn’t stay for the whole of the conference. We drove down there which was like ten hours, then were at the conference for two hours before we drove ten hours back to do a gig. It was on zero sleep and I had burnt some cd’s off which was the first time I met Bob and now he is playing my songs on Radio 2 so that’s really cool to think back to as finding Americana would be down to listening to his show.”
Lastly, I said to Lauren how the pandemic finally allowed me to cave in and become addicted to “Game of Thrones” which focuses so much on references to “The North” so I had to ask her, which of the Stark ladies of Winterfell would be a better starting point to describe Lauren Housley?
“Ha-ha! It’s not Sansa, so I think it’s Arya! I’ve got this secret dream, that we could get Jon Snow to do an introduction to it. Kit Harrington to do an intro to a music video or something in his Yorkshire accent. I’m not going to lie but when I started getting into “Game of Thrones” and the “Girl From The North” idea crept in, I knew that had to be it, because I love that show!”