The Sit Down with Lindsay Ell

Way back in 2013, a ray of sunshine from Calgary, AL in Canada made her first visit to the UK. From this moment onwards our audiences absolutely fell in love with the charisma, positivity and energy that Lindsay Ell brings both on and off stage. Her major label debut record “The Project” in 2017 enhanced this further along with how she demonstrated her craft as one of Nashville’s most talented guitarists.
​
Since her last visit to the UK in November 2019 (although she did make it over for the European leg of C2C in 2020 prior to the world changing a little) she shared her powerful and reflective “heart theory” which was nominated for Album of the Year at the CCMA Awards and now can be more frequently seen on television screens hosting Canada’s Got Talent.
Following collaborations with Chayce Beckham and Cheat Codes (also featuring Lee Brice), Lindsay has shared her first solo music post “heart theory” with the recent release of new single “Right On Time” (available HERE) so it felt a great time to catch up with her for the first time in two years to hear about new music and her summer tour with The Cadillac Three, where her UK visit will also include a performance at The Long Road Festival.
​
Lindsay was actually one of the first artists that I ever sat down and interviewed, so we have known each other for a fair while now. We last saw each other in person at the back end of 2019 and hadn’t spoken to each other since the middle of 2020 around the release of her last record “heart theory” so we plenty to catch up on. She first came over here back in 2013 and had been a regular visitor to this side of the Atlantic but obviously there has been a little bit of an enforced break over the last two years but she is definitely ready to make up for lost time.
“My goodness, I have missed it though. The fact that we are coming back over there FINALLY in August, it has been so long overdue. I was coming back fairly often and of course the pandemic the past couple of years has been what it’s been, and I haven’t been able to hop on a plane and fly across the pond but I’m so looking forward to touring with The Cadillac Three. I love those boys so much, I have always been inspired by their musicality and I’m super looking forward to them pulling out this inner rocker inside of me and being able to show that side in all of these shows, I just can’t wait.”

In addition to the shows with The Cadillac Three, there is also an appearance at The Long Road Festival on the tour. Whilst she has been across the pond numerous times and appeared at C2C Festival in the past, we have been so familiar with seeing her on stage with her pedals and an army of guitars in smaller venues so this will probably end up being her biggest show to date over here.
“It really is. I have heard so much about The Long Road over the past few years and have seen the amazing pictures but to be a part of it this year and be playing a festival where people are coming from all over the UK to see all of these incredible bands, I am so excited. I am so excited to see what that festival feels like, music festivals are some of my favourite things because you just feel so much culture and it’s artists and musicians from all around the world, I just think it’s going to be such a special atmosphere to be a part of and I cannot wait to step foot onto those grounds.” 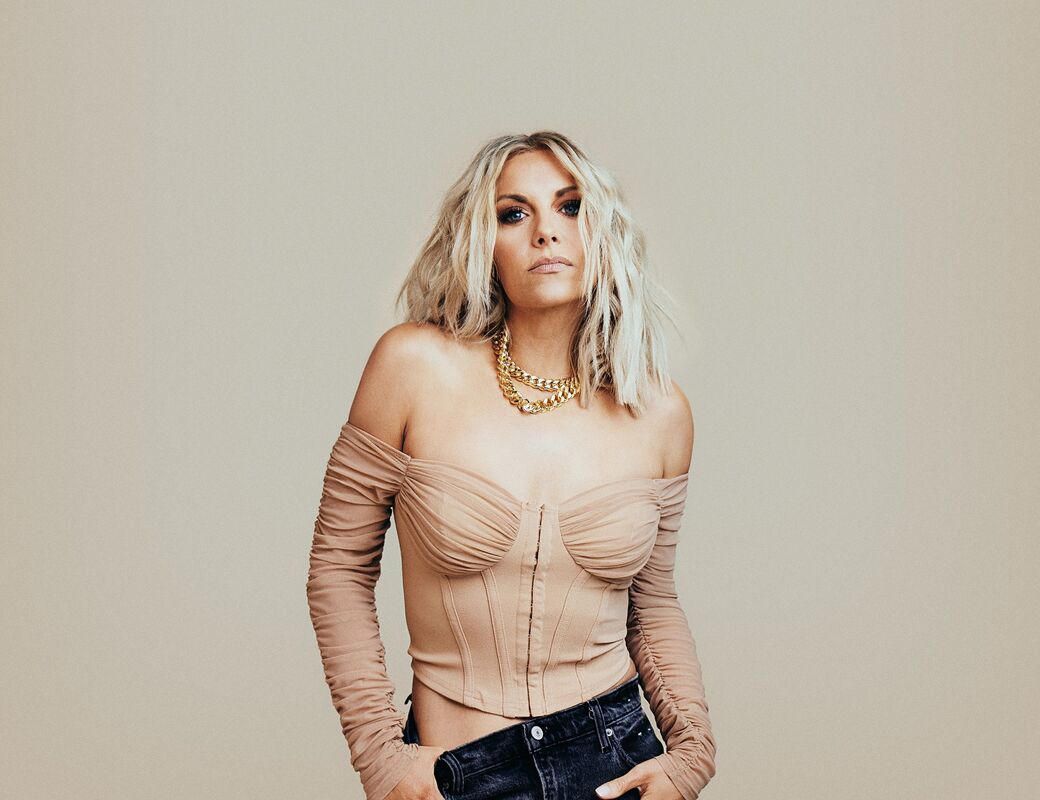 Over the numerous occasions that I have seen Lindsay on stage over here in the past, I had also seen her in Nashville during CMA Fest, which she is due to play once again in just over a weeks’ time. She has an amazing slot on the Riverfront stage at the festival, where she will be playing full band and I had said how gutted I was not to be able to head over this year, one thing I will not be missing is the heat in Downtown Nashville, which she had all the feels for but promised that she would make it up to me!
“I will definitely come to you. We will come to The Long Road, we will be playing full band and I am very excited just to be able to come to play live music again in the UK!
As we head into the summer and a busy festival season, we have recently the first offering from new music post “heart theory”. Whilst she has jumped on tracks with Kaylee Bell and Lee Brice along with Cheat Codes, the positive and uplifting bop “Right On Time” is the first taste of what is on the horizon with LE3. She was able to share that she has had some big input from a guy who turns everything that he touches musically to gold and an update on further release plans.
“Right On Time is definitely scratching the surface of the next chapter of new music. I have been writing so much over the past couple of years, have been in the studio creating and concocting things with Jay Joyce. Jay is just such a mad scientist and I’ve been learning so much from him when I get to sit in the studio with him and make music with him. Right On Time is just the first bit of this new chapter but I will have more music coming out later this year which will all be a part of LE3. That will probably drop springtime next year, but you will definitely hear some new things from me before the year is done!”
​
Whilst her own new release is just entering into the world, her current song that is rising through country radio is her collaboration “Can’t Do Without Me” where she joins Chayce Beckham on this track.
“I was a fan of Chayce from Idol obviously as he has such a distinctive voice, then he signed at my record label, so we were label mates when we were hanging and writing.  I was just such a fan of him that when the song came across both of our desks, we were like we should do something together, we should sing on a song together. It’s been so much fun to be able to collaborate with Chayce and it’s his first single out of the gate, so to be a part of that is a really special moment for him.”
Outside of music things have been incredibly exciting for Lindsay as she has been (from a British perspective) both Ant and Dec as the host of Canada’s Got Talent. This was the second season of CGT, with the first being back in 2012 (we joked how it surely hasn’t taken Canada a decade to find enough talent for a competition) and working alongside Lilly Singh, Kardinal Offishall, AGT favourite Howie Mandel and WWE Hall of Famer Trish Stratus as judges, it allowed her to have a lot of fun and show a different side of herself.
“You know, that’s such a funny way of looking at it. There was a season ten years ago, but I think what just happened was that everybody got the band back together and built an incredibly passionate team which feels like the first season of it really. I’m so grateful to be a part of Canada’s Got Talent, it lets me show a side of me that I’m not always able to show on the stage or in a three-minute song. Howie Mandel who is one of the judges of AGT of course but also on CGT was saying that over the past couple of years on America’s Got Talent, they were having so many acts coming from Canada so if anything, Canada needed its own show. I have been such a fan of AGT and BGT, the incredibly powerful viral moments that it creates for humans who it is not just musicians or singers, it’s magicians and acrobats and dancers and World Record breakers. Whatever talent people have, Got Talent has a stage for them, and I think that’s such a beautiful opportunity to be able to open up a worldwide platform for literally anyone!”
​
Her first trip to Europe back in 2013 was when she came over with The Band Perry. Through the magic of Instagram, I had seen that she had a show booked with them during the summer and we talked about this pending blast from the past almost which must be super exciting for a reunion with Kimberly, Reid and Neil.
“Jamie, you are preaching to the choir. I said the exact same thing when I saw the offer come through for this show, I thought oh my goodness, this is going to be so fun and what a blast from the past. I toured with The Band Perry for my first worldwide tour, and I remember that was the first time that I came to the UK. My eyes were so wide open, I was so excited and grateful to them for giving me the first opportunity to come to Europe and it will be so cool to get to play a show with them in a few months. I cannot wait to see all of them and hug their faces, we have kept in touch a little bit, but you can never keep in touch enough especially with the past couple of years, so I am so excited for that reunion.” 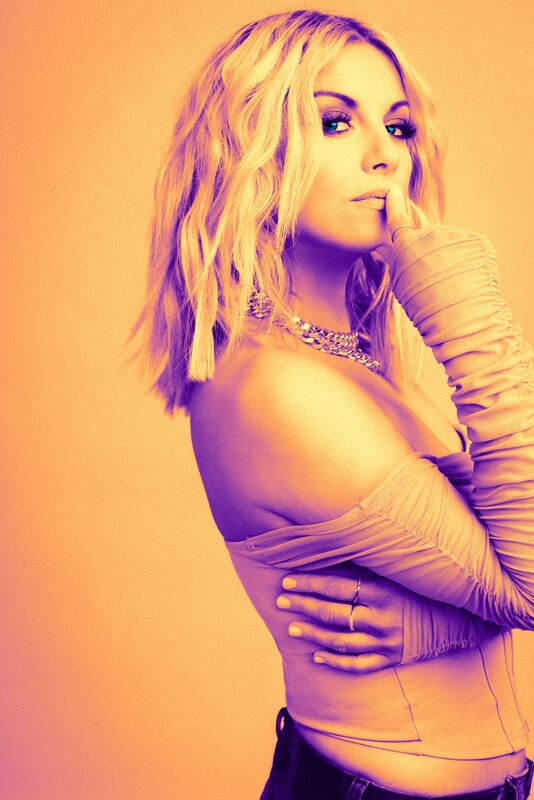 We had already joked about how it surely cannot have taken ten years for Canada to find some talent and brought up how she had been coming over here a long time before many other artists were. We ended by talking about the people following in her footsteps as there really has been a strong emergence of strong Canadian talent and particularly female artists making their way to Nashville and beginning to build things over here in the same way that she has done.
“Yeah, I agree. I think it’s a wonderful time for Canadian talent and yes definitely watching the Tenille’s (Townes and Arts) which I love that we can refer to them like that, Sykamore is incredible, and Madison (Kozak) is awesome. It’s been such a beautiful time to be like yeah, I’m a Canadian female artist and watching my friends being able to step on world stages, being able to tour the UK and after the past couple of years I think we have all just been so grateful for the opportunity to hop on planes again and play live music. The fact that a lot of my Canuck friends are getting to play shows over there, I am so excited for them and grateful to be a part of that list.”