Sit Down with Logan Mize

Kansas-based singer and songwriter Logan Mize has become a firm favourite amongst country fans in the United Kingdom following appearances at C2C Country 2 Country, The Long Road Festival and Nashville Meets London in recent years in addition to extensively touring his own shows to make trips across the pond a regular occurrence. Due to his heavy touring schedule, Mize had not released an extended project of music since his Billboard Top 20 album ‘Come Back Road’ in 2017 but now he has returned with it’s long awaited follow up ‘Come Back Road’ which is out now through Big Yellow Dog Music which you can listen to HERE. Jamie recently caught up with Logan to chat about the record and how the last twelve months under the current global circumstances have been going.
It’s odd! There’s definitely been an element to it that I like, I enjoy being home and being able to be with the kids but there are definitely days when I think it would be great to get up and go see the band, play a show and see some people that are excited to be there who are happy that you are playing live music. I missed that for sure.

Recently, Logan released his first extended project since 2017 with his new album “Still That Kid” that has obviously been released during unfamiliar circumstances but did the global situation significantly affect the creative and recording process for this project?
A lot of it was done before the shutdown. I probably did three or four of the songs since March and there were a couple of parts I played here in my home studio then sent via email to my producer. It was mostly singles, I had no intention of turning these songs into an album, I was just going to put singles out until I figured out my next album concept or project but once I figured that out I kind of wanted to put a cap on this era. We were so busy with the “Come Back Road” album which came out in 2017 that for three years I was gone none stop with it. We were in Europe three or four times last year and back and forward coast to coast non-stop, so I didn’t have time to go to a studio and create a record that was made in singles just here and there, coming into the studio for an hour, sing one song and leave again but everything there felt kind of cohesive so I wanted to cap it as an album.
​
Do you see the way that people have had to adapt in the way they work and release music going to become the new norm in future and is it pushing the need to keep music flowing more constantly with consumer demand for new music?
It's going to change the way things work, for sure. It’s always been kind of the traditional way and obviously things have changed with streaming but you would put an album out then, then you would leave to go and promote it, then a six months of touring turns into another six months and another eighteen months and it keeps stacking up or something will catch on or another song off the record will start burning and the next thing you know is that you can’t get off the road. This is going to change everything because once this album comes out it will be eight weeks later, and everyone will be ready for something different so probably will be looking to get another project out by May 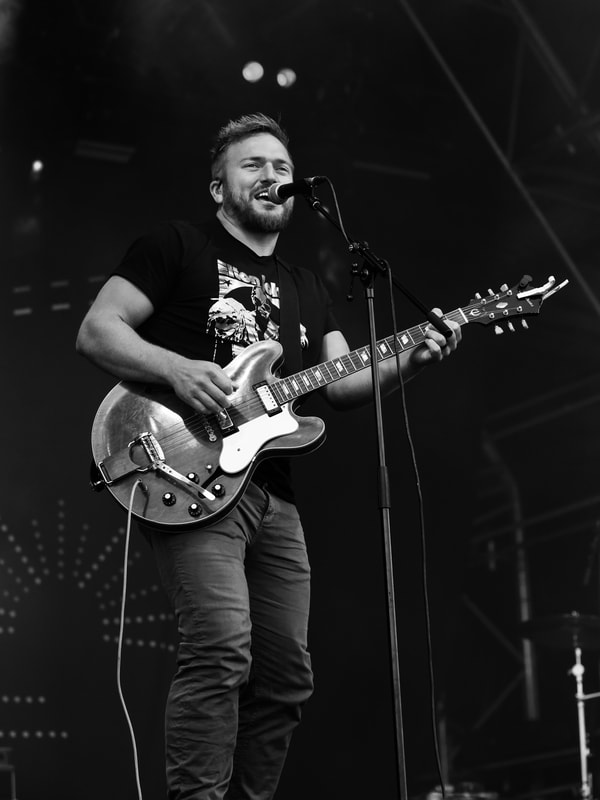 One of the interesting things about Logan is the way that the release of the album almost went against the grain. There is a bizarre almost unwritten rule in the industry that people seem to follow where Friday is when people release new music! This in effect means everyone dilutes the same pool but Mr Mize being his own man, threw that out of the window and decided why not a Wednesday?
Not being on a major label, you’ll do anything that you can to get an edge and I enjoy being an independent guy. It’s very beneficial in a lot of ways, it suits me pretty well but at the same time you have got to look for an edge on everybody who has got the big corporation behind them, so Wednesday feels like a good opportunity for that.

So, rounding off it sounds like as soon as we have an idea of what a post COVID world looks like, jumping on a plane across to Europe will soon be following more new music?
Absolutely! We had to cancel dates last year, we had Germany and Switzerland on the books, I don’t know if we had any in the UK on that run but as soon as things start to open, that’s definitely the plan. I’ve been writing a lot and writing a lot by myself, I already have the next album pretty well written so we’re looking at going into the studio in the next month or so, after this one comes out.
​
The new album “Still That Kid” from Logan Mize is out now through Big Yellow Dog Music which is available HERE. You can keep up to date with Logan through his Website / Facebook / Instagram / Twitter 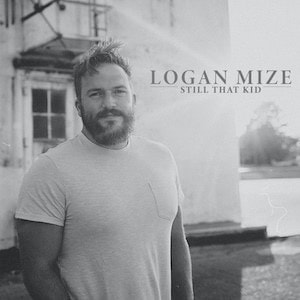