It was three years in the making and despite a few last-minute hitches Baylen Leonard had plenty of famous friends to ensure that the return home to The Long Road Festival was well and truly a roaring success.

The UK’s premier outdoor festival of country and roots music returned for its third outing and delivered a diverse lineup to please the ears of anyone who ventures in the realms of this pure and poetic genre.

Bringing the best our own country has to offer alongside mega stars from the United States, Canada and Australia this was one hell of a party that we had been waiting for since 2019.
​
Across four wonderfully themed stages with décor around the arena that would catch the eye of any Instagram influencer it was a heart-warming weekend of community, great music and the occasional alcoholic beverage thrown in for good measure. 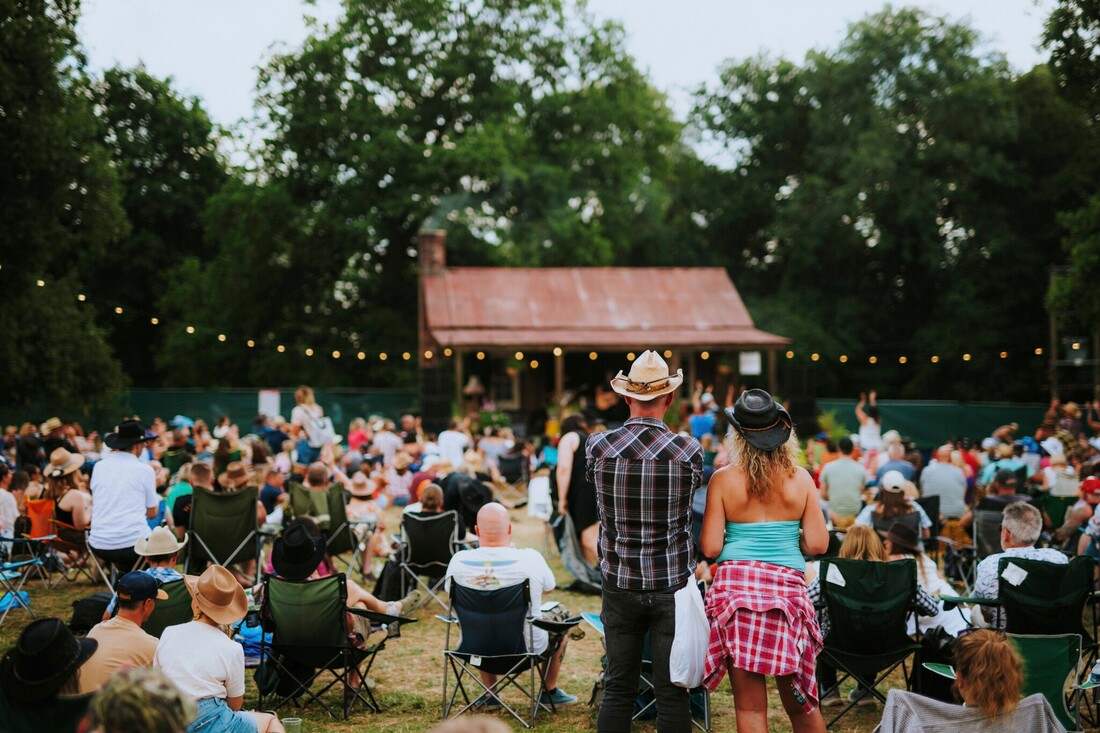 ​One of the things that was most special about this years event was how musically, there really was something for everyone and how you would hear people talking about their favourites or who they had discovered but finding so much diversity across who you were hearing. However, my own personal highlights were: 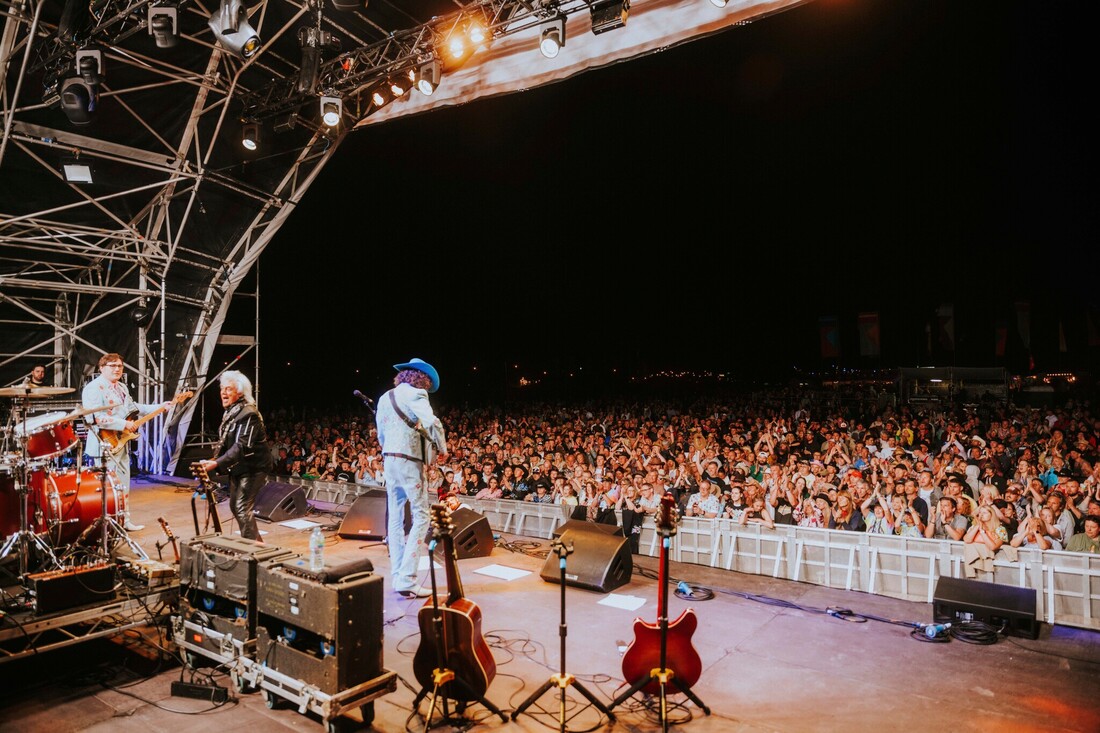 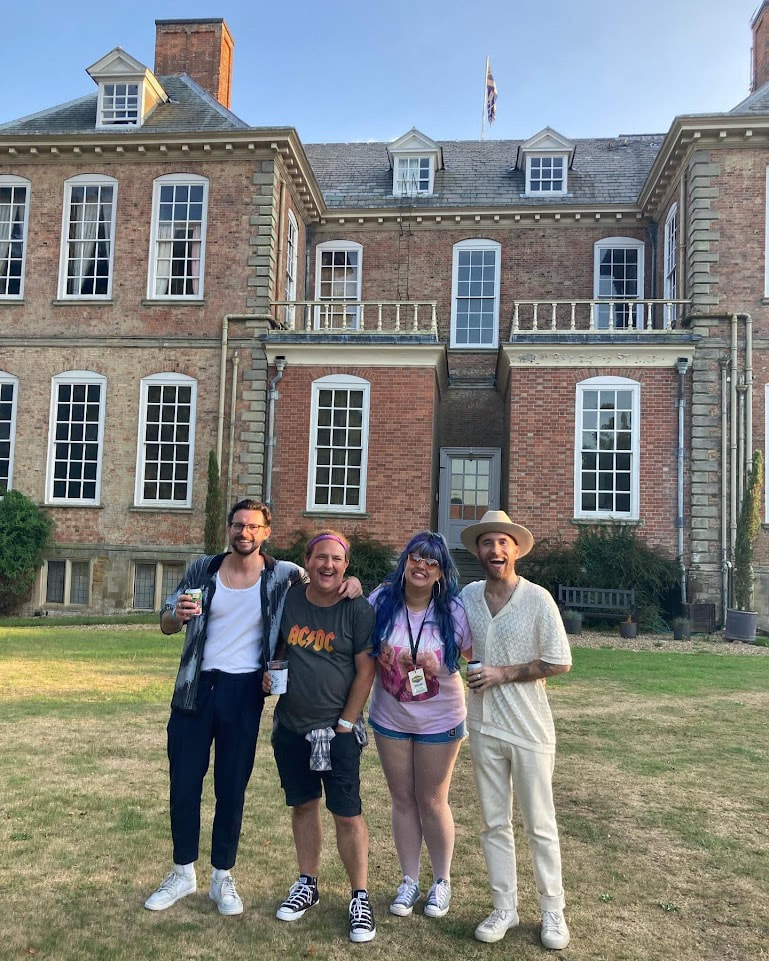 Beyond the music itself there is so much to take in and embrace at the festival. There are car displays, children’s activities, space for any four-legged friends and one of the best assortments of food vendors that I have ever come across at any event which included halloumi wraps, mac and cheese along with barbeque to name just a few.

The festival has grown since 2019 which is wonderful to see how all the effort that has been put in has paid off and see packed crowds at four perfectly themed stages. From the sheer size of the Rhinestone to stage and the rocking Interstate to the beautifully picturesque Front Porch and the great new addition of taking a stroll into the woods to Buddy’s Good Time Bar every detail has once again been well and truly thought out.

The setting and atmosphere along with this perfectly put together line-up really do have us counting down the days to return back in 2023. There really is so much going for the festival and a lot of the logistical and scenic changes that have come about with the rise of the festival were really keeping with the vibe and ambience of the event. The bars were always well stocked, and you never had to queue for too long to get a drink which is really refreshing to encounter at festivals (even if it may have been nice to have a pilsner on draft in addition to the more bodied lager and Team CITUK also had the first world problem of not being able to find tequila at the bars) which was a similar story to the food vendors, so food and beverage is a definite five star.

Some of the noticeable changes were the bar in the Interstate being moved out of the tent itself, which was perfect for allowing more space and most significantly the addition of Buddy’s to replace the Honky Tonk. This area was definitely a big plus on previous years having much more space and a really cool feel to the stage and surroundings in how it was almost self-contained and a more chilled out feel. If the tent was raised slightly at the front end (as when it was busy, it wasn’t always easy to see the stage) this would easily be my favourite stage at the festival. 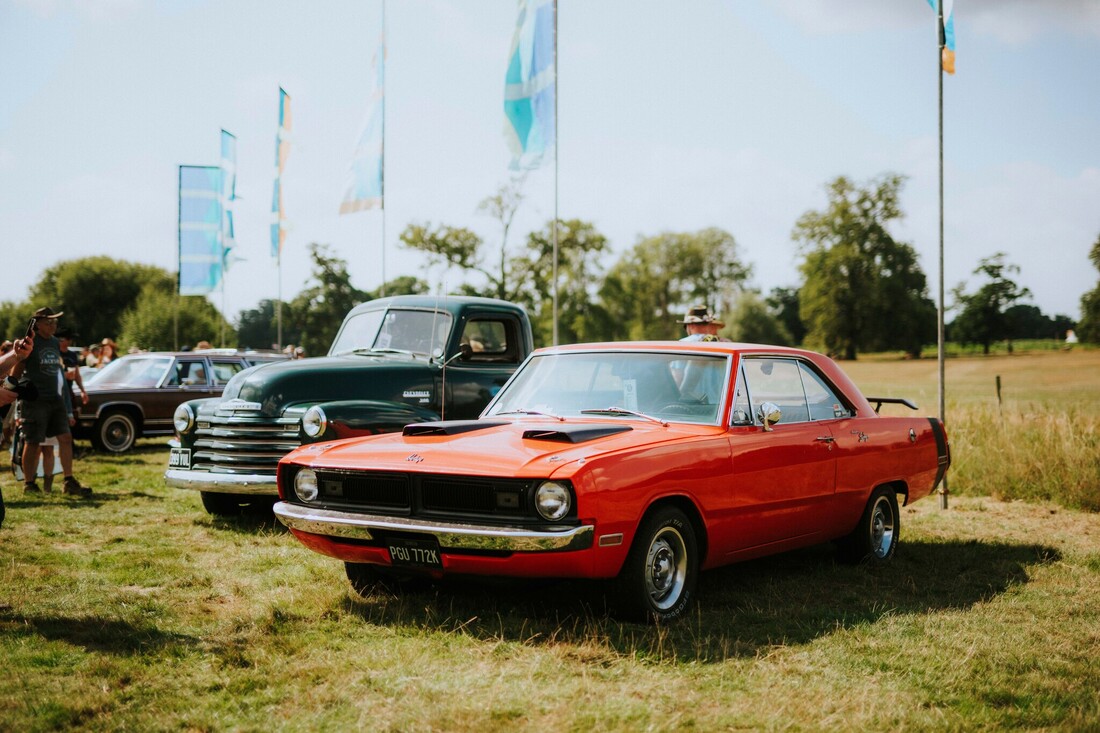 Long Road is so welcoming where people make friends and share experiences so fluently where there is such a fun community feel across everyone from artists to production to media to security to vendors and attendees. If anything, the festival feels too chilled out, well until you end up in the crowd right at the front of the Rhinestone stage. One of reasons I say too chilled out which as a statement is actually a really cool thing and part of the appeal of the event but after twenty-two years of going to festivals here in the UK there is one thing that has become my biggest pet hate of all, so let’s talk about chairs in the arena!

Reading, Leeds, Creamfields and Victorious all took place on the same weekend and all four of those festivals do not allow chairs in the arena which I massively applaud on every level and really hope that this is looked at for 2023. Yes, they are festivals with a different vibe and there isn’t the storytelling aspect that country music brings but if chairs are too be allowed into the arena, rules must be clear and ensure that people stick to them. People that want to be there to join the party should be where the acts can see it from the stage and not stuck too far back as there are rows and rows of people sat in camping chairs taking up a lot of space. It is a big one for me and as much as I know that people being able to sit and watch music at the festival is a big draw for coming which is potentially music to the ears of a lot of people, but they need to be considerate of other people in the arena (and preferably leave the chairs by their tents).

Now that I finished my Ted Talk which is clearly a view that not everyone will agree with, I can safely say that this is one of the few if only divisive aspects about a near perfect festival that is welcoming, sustainable, affordable, accessible, packed full of great music and something that you really want to GET IN to! This is three days that really just feel like home because they say that is where the heart is and it really is a weekend where it is at its fullest.
The Long Road’s Creative Director Baylen Leonard shared his own thoughts on the success of this year’s festival which I feel I have little further to add and a fitting way to end as we look forward to 2023.

"We were overwhelmed with the reaction to TLR22, our biggest and best yet! From our new stages to the old favourites, all of them packed with smiling faces in the sunshine. Artists joining other artists on stage for unplanned one-off moments, artists getting stuck in with the audience to watch, cheer on, and dance to other acts, made it a truly special 3 days.  The weekend was filled with that magical synergy that only happens when everyone gathers with the common goal of a good time. A big heartfelt thank you to all the festivals goers and artists, you make TLR what it is and prove that TLR is for everyone! Already counting down the days till we can do it all again!"
​
The Long Road Festival will return to Stamford Hall in Leicestershire in 2023 over the weekend of 25th to 27th August. A very limited number of Super Early Bird tickets went on sale at 9am on Thursday 1st September which sold out in record time. Make sure you follow The Long Road Festival on INSTAGRAM TWITTER & FACEBOOK to ensure you are the first to know when tickets go on sale from their WEBSITE.