The Sit Down with Maggie Baugh

We are always keen to support new emerging artists and provide an introduction especially when they are artists that we are big fans of ourselves. This is especially true when they are as talented, energetic and exciting as Florida native and multi-instrumentalist Maggie Baugh.

We recently got to chat with the fiddle playing maestro, where we got to appreciate her warmth, energy and enthusiasm first-hand as we talked about her recently released single “Think About Me” and learn more about one of the most exciting new country artists.
Maggie Baugh on her journey to living and making country music in Nashville:
“I started playing violin when I was six years old, I started playing in orchestra and was really into classical music so that was what I wanted to do and really what I thought my path was going to be. Then around seventh grade in middle school, that’s when I really fell in love with the idea of escaping what I was going through with music. I had been getting bullied really badly in school and instead of doing something horrendous, I decided to pour my heart out into music. I started writing and using guitar as an outlet from when I was about eleven years old, I just turned twenty-one about two months ago so you can figure out the timeline there. When I was eighteen years old, I decided I wanted to move to Nashville, ever since I started playing guitar and writing I loved the idea of coming to Nashville to be surrounded and engrossed with the music scene. I started writing my own music and coming to Nashville to record it, where I’ve been having a record coming out ever since I was thirteen years old so I’ve always known I wanted to move here and even my parents knew that this is where I would end up but thought about it seriously when I turned eighteen and graduated high school then was straight here, so I’ve permanently been here for about three years now.”

On juggling her studies and recording music before she permanently moved to Nashville:
“Before I moved here, I travelled back and forth during the school year as well as during the summer’s where I stayed here for two months to record what I’d worked on that year. Although I went to school full time, my school down in Florida was very supportive where as long as I kept my grades up, I could miss as much school as I wanted but I really still wanted that high school experience. I was able to go to prom, I was able to walk with my class and able to participate in the school activities which was what I wanted because I knew I didn’t want to go to college as that wasn’t really my path but I’m really thankful that I had that time. I wasn’t really in school as I missed so much time with touring in Florida but still got to have the experience before I moved to Nashville right after graduation.”
​
On the difference between violin classically compared to the more creative perspective in terms of writing and performing in country and bluegrass:
“It was really different trying to move it over but I knew I wanted to start doing bluegrass and country music right around the same age that I started getting bullied because I started failing my playing tests. I went to a middle school of the arts where I had to audition to get in so I went there for violin so could describe it as like a middle school version of Juilliard. I started failing the playing tests because I started adding hints of my own thing at the end of scales. Normally a scale is eight notes but I would add three or four other notes I made up to show off but I was failing the tests because I didn’t play exactly what was on the paper or how it was written eight hundred years ago. I didn’t want my story or my life to be known for someone else’s success, I wanted to write the songs people fail playing tests for not play somebody else’s!”
​ 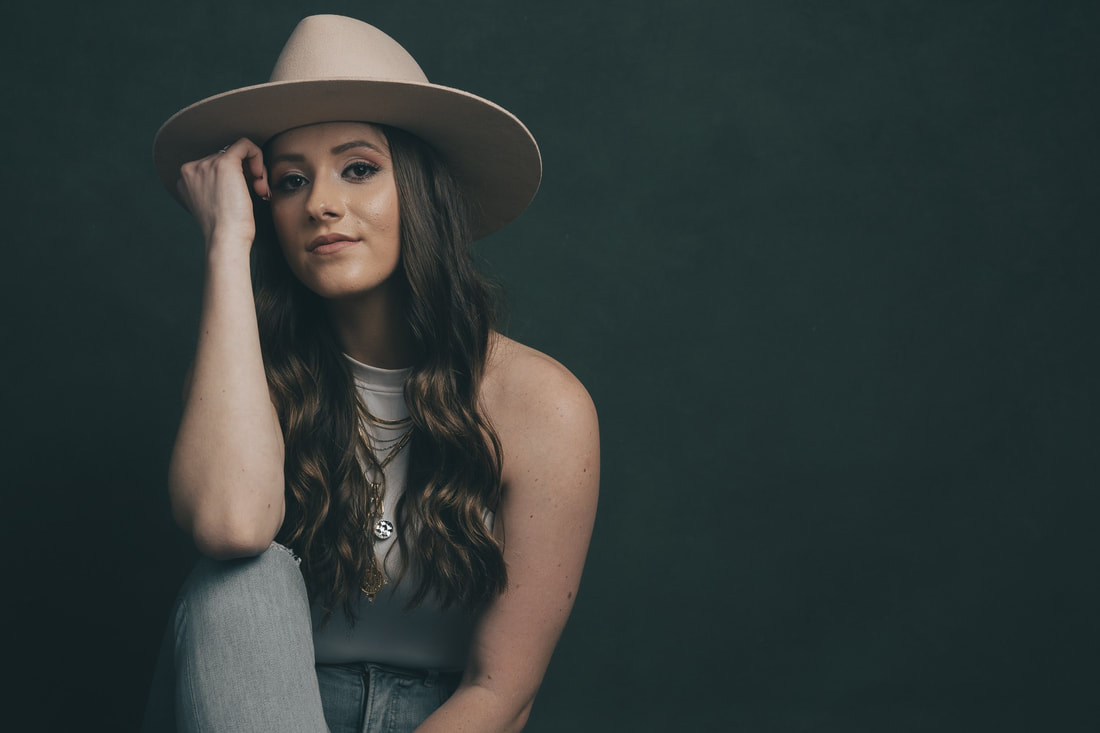 On her own personal musical influences:
“It’s all over the map really. When it comes to the musicality, I really admired Lindsey Stirling, she had been told that her style and show was almost a gimmick, then after America’s Got Talent to go on to being one of the most successful independent artists that is selling out arenas is absolutely insane. I would say Lindsey Stirling with her story, her humbleness and her personality as not only is she an amazing violinist, hands down but I definitely adore her personality. With songwriting and country music there’s obviously the late Charlie Daniels. I’ve always been a fan of Keith Urban and Dan + Shay then in terms of bluegrass music, I’ve always been a big fan of Tony Rice.”
​
On new single “Think About Me” and why it felt right to release it now:
“I wrote “Think About Me” in August 2020, so I’ve been holding onto it for quite some time and recorded the music video in November, so I’m excited it’s finally coming out. When COVID hit, it was really hard for me to deal with that touring wasn’t an option. My heart is on that stage. If you follow me on social media you understand that I’m a jellybean run-around, I love performing, I love entertaining, I love being on stage so it felt like losing a piece of my heart had been ripped out and I had to put music a way for a little while to realise how much I love it. Music has always helped me through a really dark time so it took me losing it to fall back in love with it. “Think About Me” was one of the very few songs that I wrote and recorded during COVID. I remember sitting in my producer’s car listening to the masters of all the songs that I recorded and “Think About Me” was the only one that I cried to. Not, because it’s about a breakup or a sad song but because it made all the loss uncertainty and questions that I had over COVID worth it. On this surface it seems like a breakup song but underneath it reminds me that all of the horrible questioning I went through was worth it as I got this beautiful song out of it.”
​ 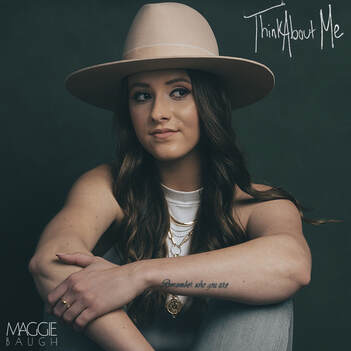 ​“Looking at why now was the right time to bring the song out, I had the song and I didn’t really know what to do with it. I knew my brand was all entertaining and jumping around so I wanted to make sure that people understood that this was going to be a different side of me that nobody had ever seen before and I always believe that everything happens at the right time for the right reason. Something in the back of my head was telling me that now was the right time. I almost released it just before Christmas, right after we shot the music video but I thought I need to hone in on who I am as an artist, I want to figure out what I want to say and I’m really grateful that I had quarantine to figure that out because the second that 2021 hit, I feel that my entire Instagram changed and that who Maggie Baugh is became a little bit more clear.”

On what she has gained and learnt about herself and as an artist doing the enforced time off the road due to the pandemic:
“It really shaped me into the artist that I am today and I’m very grateful because when the world is going a million miles an hour, it’s hard to hone in. It’s being like a shell that you’re not just an entertainer that running around on stage, you’re also a human with the emotion to come out of the shell. That was something that I really had to figure out, do people really want to see this side of me that’s really different. It’s probably one of the most nerve wracking and coolest experiences during the last seventy-two hours since the release as it’s something very different, something I have never done before. It’s very nerve wracking as a songwriter but very beautiful to let people know that this is different and different is ok. The response has been really awesome.”

On how different releasing “Think About Me” has compared to her previous releases:
“I think the really cool thing with “Think About Me” is that it’s not really a full band song, normally I would have done full band showcases like when “Fire Me Up” came out. The release day for that was the same day was the same day as the release party where we were sold out at Wildhorse Saloon, downtown in Nashville. The energy was through the roof, but the thing with “Think About Me” is I want people to understand that I can just sit on a barstool singing a song and playing guitar where there doesn’t have to be a show attached to it in order to get a message and feeling across. I feel that the content that I have coming out right now is probably the best way to release it which I think I would have done like this regardless of COVID.”

Then finally, what does she have in store for this upcoming summer and through the rest of 2021?
“Because of COVID, I know that touring is in such high demand for everyone, so I would rather the bigger artists go ahead and get everything first to figure it out. The music video is now out and we have a lot of content like videos and different versions of the song, then another new song on the way, so I’m really thankful that I get to use social media to connect with my fans a little bit more than I would be on the road. I miss the road and there are going to be a few shows here and there coming along.”
​
The new single “Think About Me” from Maggie Baugh is out now and you can find it through all the usual sources HERE whilst you can keep up to date with her socially on Twitter Instagram Facebook and TikTok.