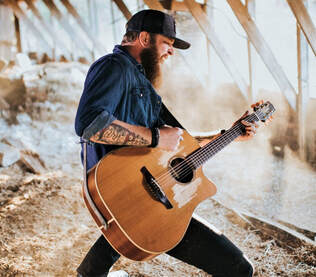 ​After attending Country 2 Country in Berlin, a week prior to the cancelation of the London festival, we tipped up and coming French Canadian singer Matt Lang as one of our hidden gems of the festival who UK country fans would fall in love with. Unfortunately, Matt was unable to make his UK debut that weekend during his first ever trip to Europe, however Matt has now released his new album More. Growing up speaking French, Matt actually only learnt to speak English a few years ago prior to the release of his debut EP in 2018. When talking about the album, Matt said “You can hear a more traditional sound to it, I can already see some of these songs playing in honkytonks with people dancing to them.”

The album opens with a guitar riff to get your attention in the title track More. The feel good, up tempo love song is a catchy number that gets you wanting to dance straight away as Matt is looking to get the most out of the relationship and can’t wait for more to come -  I’m like a sugar rush, hopped up, kid in a candy store. When Water Down the Whiskey was released in 2019, it was the most added song in any genre on radio and reached the top 20 on Canadian country radio. In this break up track, Matt wants to hear the truth – don’t twist the truth, just twist the top, girl we gave it our best shot. This sing-a-long track is bound to be a crowd pleaser and it is no surprise it had the success it did in his native Canada.
​Where can you find most people on a Friday night (when not in lockdown!)? In a Bar. The weekend is here in this honkytonk drinking song having got through the long work week. Be ready to wave your drink in the air to this one – if I’ve ever gone missing, you won’t have to look to far, you can find me in bar. The tempo slows down for the love song Only a Woman, as Matt shows his lyrical range, bringing in back-up singers to add to the depth and loving feeling of the track – still can’t believe I get to call you mine.
​
At the start of May, Matt released the single Getcha in the build-up to this albums release. If the party vibe hadn’t started already for this album, it certainly will with Getcha. The main aim is to get a girl up and dancing with you, the beat and guitar solos will have you jumping around the room – Girl I wanna getcha, in the middle of a saw dust dance floor holdin’ on, 1,2 steppin’ to a country song. This party track is my standout one from the album that will have people wanting to listen to more of Matt’s music.
​Knowing there is a woman waiting at home for you, Turn Her On, is looking to get home as soon as possible to see the look in her eye. A guitar riff in this track is bound to be a fun one to play live for Matt’s band – there’s a woman waiting on me, I know it’s late but she’s still awake, I don’t wanna sleep. The post break-up song turns to drinking whiskey to numb the pain in Better When I Drink – it hurts a little less, the drunker I get, till it’s time to go home. The eight-track album concludes with Woke up Like This, looking to head out for a day of drinking for no other reason than just having a good time – I gotta feelin, that I’m on a mission, to catch me a good buzz, so let’s get to fishin.

This album offers an electric mix of feel good country, pop and rock that will have you swaying side to side, foot stomping and dancing round the room with a cold one in your hand. Matt certainly has it right by saying he can hear them in the honkytonk. For many listening, this will possibly be their first introduction to Matt Lang and they certainly won’t be disappointed. Despite his debut UK appearance being cancelled I’m sure the UK country fans will be keeping an eye out for when he returns as this release is now bound to bring a larger crowd to his shows than he may have got back in March on the festival stages at C2C.

Follow the link below to listen to the album in full 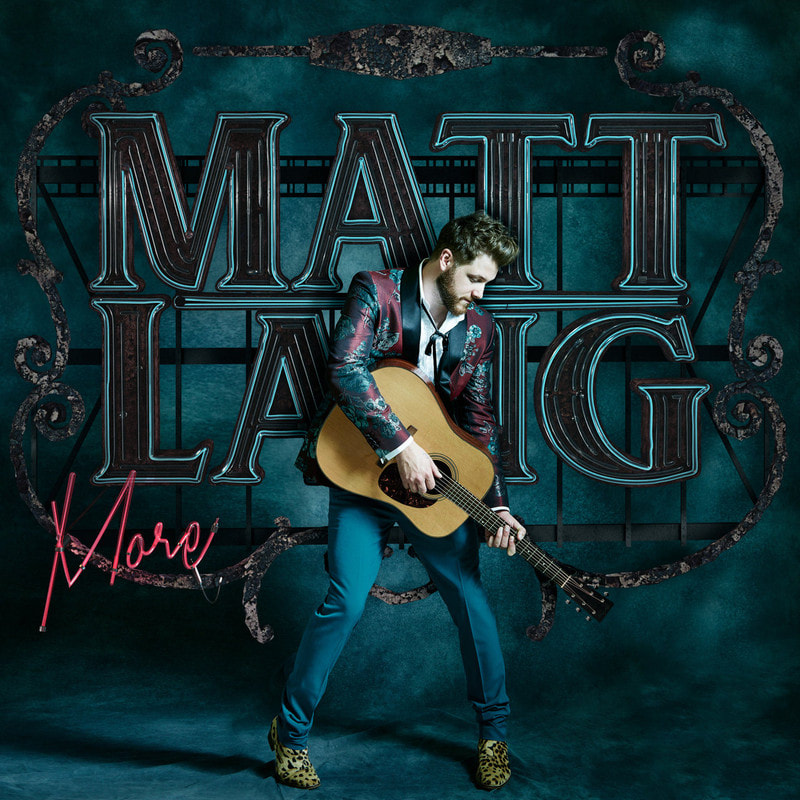