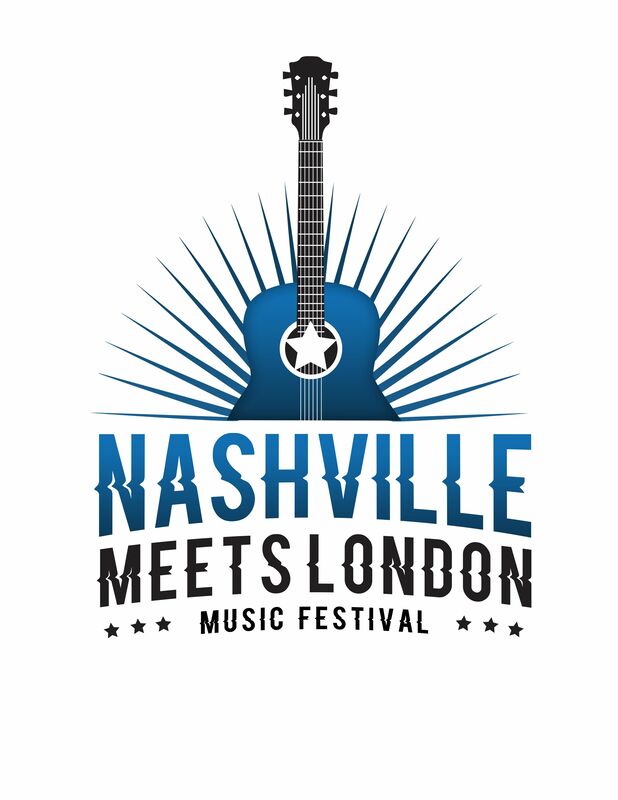 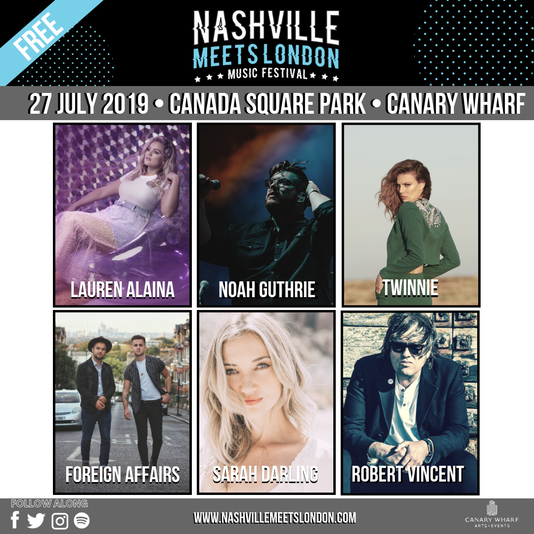 Added to the lineup are singer/songwriter, actor best known for his pivotal role as Roderick Meeks on Glee, and semi-finalist on season 13 of NBC's America's Got Talent, Noah Guthrie; Country-Rock duo from Bristol, comprising of brothers Adam and Lawrence Purnell, Foreign Affairs; and BBR Music’s Twinnie, who has been recognized by Rolling Stone as astand-out act.
​
2018 ACM New Female Vocalist of the Year, Lauren Alaina, will headline this year’s festival. Other already announced performers include Sarah Darling and Robert Vincent, who took home the UK Americana Music Association’s award for “Album of the Year.”
​ 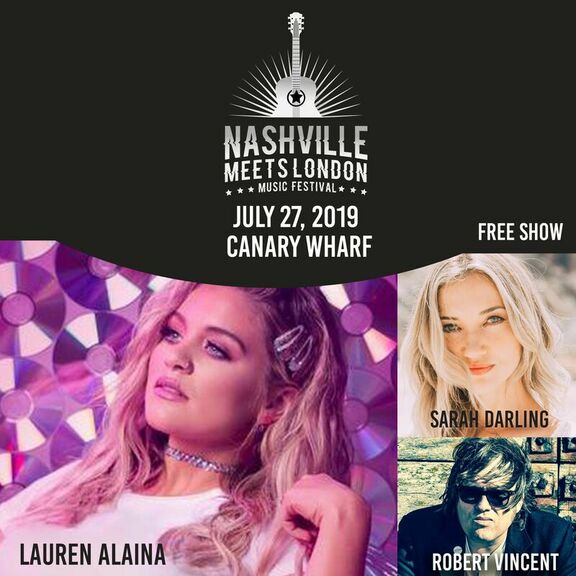 Representatives of the international music brand, Nashville Meets London (NML), have officially announced an advance lineup of artists set to perform during this year’s Nashville Meets London Music Festival, to be held July 27, 2019. 2018 ACM New Female Vocalist of the Year, Lauren Alaina, will headline this year’s festival. Other performers includeSarah Darling and Robert Vincent, who took home the UK Americana Music Association’s award for “Album of the Year.”  Additional artists will be released in the coming weeks.

Launched in August 2016 as a music festival, Nashville Meets London has developed into a global music brand providing opportunities that support the globalization of Country and Americana music. The brand’s mission is to expand on the cultural and economic exchange of music while driving more synergy between the recording and live performance industries in the United States and the UK.

The site of this year’s festival, Canada Square Park, is located in the heart of Canary Wharf, which has over 300 shops, bars, and restaurants. Canary Wharf Arts + Events presents a world-class, year-round arts and events programme, offering tenants and visitors over 200 diverse and culturally inspired events throughout the Estate.  The majority of these events are free for all and range from outdoor theatre, live music concerts, sporting events, dance performances, community showcases, global street food, and family-friendly shows.

In 2018, Nashville Meets London and Buck n’ Bull Saloon partnered to launch the ‘Southern Fridays’ Boat Cruise prior to the Nashville Meets London Music Festival. While cruising down the River Thames, the onboard program features acoustic performances and a DJ-set. The inaugural event was SOLD OUT. Tables and tickets are now available for purchase