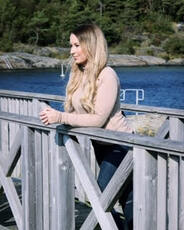 On November 13th, Norwegian country singer is set to release her debut single - Break Your Heart. She has written the track with help from Davis Branch (Nashville), who is also producing the song. Nikita started music before she could even walk, but the start of a career began in 2008, with small performances here and there. Followed by a YouTube single in 2010, "I Wonder". She has worked together with several Norwegian artists in form of performing and recording. Since then, things slowed down because of illness and starting a family. But now she has found her way back to her first love, country music.

Ahead of the release of Break Your Heart, we caught up with Nikita to find out more about her and the track for our latest Quick Fire Five interview.