The Sit Down with Niko Moon

​He is One of the most genuine and creative artists in country music right now that is making serious waves as an emerging artist and a hit songwriter but Niko Moon is ready to show us all a “GOOD TIME” with the release of his debut album on August 27th through RCA Nashville. Originally from Tyler, Texas, Moon moved to Douglasville in Georgia where he spent his teens 30 miles west of the hip-hop capital of the United States - Atlanta - whilst being a similar distance to Alan Jackson’s hometown of Newman, so his sound is dynamic and brings elements of both of these genres to create in instantly gratifying and irresistible sound which he talks as: “The way I think of it is bass and drums is Atlanta, and everything above it is Douglasville.” The UK audience first may have come across Niko Moon back in 2017 when he played the first live gig for Sir Rosevelt with Ben Simonetti and Zac Brown! The diversity in Moon’s style as a songwriter and artist unites elements of pure and raw country with EDM, pop and hip-hop which delivers such a dynamic and exciting sound. 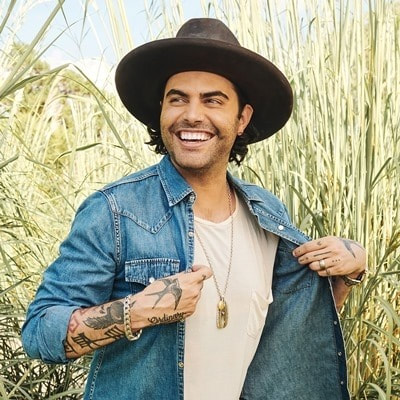 Produced by Moon alongside long-time collaborator and friend Joshua Murty, “GOOD TIME” features the #1 Platinum-certified title track as well as Moon’s latest single, “NO SAD SONGS.” Fans can expect more of Moon’s trademark positivity and the “one-man party” (Billboard) to continue on his highly anticipated full-length project. Accented by banjo forward, swaggy back beats and guitars that tang as much as twang, GOOD TIME evokes an old school sort of country along with evident influence from Michael Franti, John Prine, the Eagles and Outkast through songs that simmer, stir and sizzle. Fresh from his nomination for Breakthrough Artist of the Year at the 2021 MusicRow Awards, the “smooth vocalist” (Taste of Country) and exciting entertainer is gearing up for his opening stint on Lady A’s WHAT A SONG CAN DO Tour. Jamie caught up with Niko over Zoom ahead of the release of “GOOD TIME” to hear all about this exciting new release.
​
Niko Moon on the feeling of finally having his debut album coming out into the world:
“Two years in the making, I’ve been working really hard on it and I can’t wait for everybody to hear it! I think all of our plans got readjusted but we’re here now and I’m really grateful to finally get out my first album. It’s called “GOOD TIME” and I know my single is called “GOOD TIME” but the album is too because it really is just fun music, front to back. I wanted to make an album you can put on when you’re hanging out with your friends, out on your deck, out by some water or just in a celebratory mood where every song just feels good the whole way through.”
Five of the tracks on the album were included on his EP released just before the onset of the pandemic so I asked Niko how much of this project has been a work in progress since then?
“I can’t help but fiddle man! I’m in my own recording studio now and if you give me five months to work on a record, I’m going to be done the day before it comes out and if you give me a week, that’s how long it’s going to take me too. I kind of feel fortunate that I’ve had this extra time to refine it because I’ve really been able to polish it up and make it exactly what I hear in my head!”

The sound and the elements of Moon’s sound incorporates the core of country music but combines it with a lot of different influences that are more typical in Atlanta which is renowned for hip hop and R&B and very close to where Niko had lived for a considerable time.
“It’s a major reason for why my music sounds the way that it does. I lived about an hour outside of Atlanta so I was in the country, I lived really close to Travis Tritt and Alan Jackson was about thirty minutes away from me so I was surrounded by these country superstars that were a huge influence on me but I was also real close to Atlanta where there is Outkast and all of that music coming out of Atlanta. Especially the drum aspect of the music, the drums and bass really influenced me a lot so when I decided to make my own country music that came in. I like to think of it as the drums and bass are from Atlanta and everything else is the country!”
​
We talked about how incorporating these elements makes his style and sound true to him and really reflects him as a person in the best possible way:
“The most important thing as an artist is to just be yourself and I’m just doing the best I can to make music that is honest and genuine to who I am, where I’m from and the way I hear country music in my head. I just feel really grateful that there are people out there who are digging it and I can’t wait to get across the pond and play this music for you all and hang out with you. My favourite part honestly of playing a live show is after the show when I get to go out and hang, I’ll go out to my merch booth for an hour or two and just get to know everybody so I’m really looking forward to it over there.” 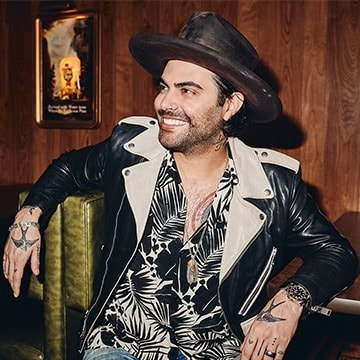 The UK market is clearly a priority for Moon and especially to have his first opportunity to perform as an artist in his own right despite having visited these shores on numerous occasions.
“Yeah I’m looking forward to just do me and show everybody my style of country music when it’s just my ideas I guess you would say but I can’t wait because I always love coming over there and my wife does too. We got married over there, in Scotland so we have been over there many times, probably seven or eight times. The thing that I really love about UK country music fans is the open mindedness and the other big difference that I notice is, well not a difference but a thing that I’ve noticed is when an artist plays you all really listen a lot quieter than over here and after the performance everybody goes wild but during the performance everybody really watches where over here everyone is louder through the performance. It’s really cool how you seem to have a lot of care for the lyric and that means a lot to someone like me who puts a lot of time and effort into the lyrics and going over it multiple times to make sure it’s just right.”
​
Finally, sine being released as a single “GOOD TIME” has had a few alternate versions shared by Niko including an amazing reggae remix that really epitomises the vibe of the song which features none other than Shaggy!
“He heard the song and reached out! He heard the song and said I would like to do a remix of it in my style, in reggae. I was like that would be awesome because of what I like to do with country music and reggae music are very close to each other as far as the mentality goes. Reggae music is all about good vibes and positivity which is what I like to do with my music so I knew it would be a good fit and he killed it! It’s so much fun to listen to someone else’s interpretation of your song done in their way!”